"Y'all Take it From Here:" Delegates from the Student Nonviolent Coordinating Committee Champion the Movement for Black Lives Lives 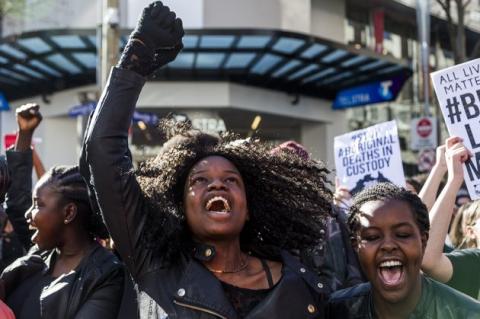 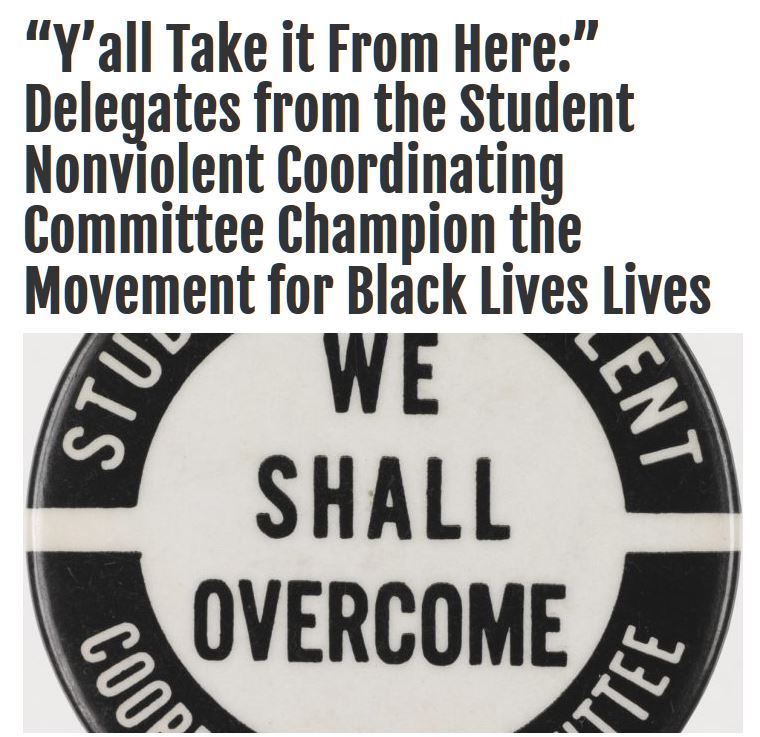 To our brothers and sisters of the #BlackLivesMatter Movement,
A growing chorus of conservative voices proclaims that the #BlackLivesMatter Movement is a terrorist group. These voices also claim that the very declaration that Black lives matter is racist, because all lives matter. This claim is a deliberate, cynical deception.
Indeed, it is both ignorant and malicious to insist that this generation should not cry out against unjust Black murders unless and until `all' murders have been eliminated. Fortunately, today, as in the past, the protestors who have taken to the streets against police violence will not be intimidated by slander or mischaracterization as "racist" or "terrorist sympathizers" born of the fear, ignorance and malice of their would-be critics. The interracial shoulder-to-shoulder bond of #BlackLivesMatter demonstrators belies the hypocrisy of such would-be detractors.
The reason for today's powerful and persistent insistence that Black lives matter is based on the irrefutable evidence throughout American history that Black lives have never mattered. The Black lives that were enslaved for 250 years never much mattered beyond the kind of economic concern held for livestock. The Black lives that suffered a hundred years of brutal segregation and discrimination following slavery's abolition never mattered until Black people themselves raised their voices loudly in demand and battered down the walls denying their humanity.
We in the Student Nonviolent Coordinating Committee (SNCC) were part of that long struggle in the 1960s. We were met with harassment and resistance that included murder and other forms of violence. The voices of white supremacy insisted that Black lives were not human lives and any claim to human rights was subversive and threatening to the country.
With their protests and demands, the Movement for Black lives is continuing to exercise their rights, guaranteed to all Americans under the First Amendment of the United States Constitution. We, the still-active radicals who were SNCC, salute today's Movement for Black lives for taking hold of the torch to continue to light this flame of truth for a knowingly forgetful world!
So, as Willie "The Lion" Smith, Ma Rainey, and Bessie Smith used to say when they yielded the stage to the then-younger Muddy Waters, Lionel Hampton, Billie Holiday, and Louie Armstrong, after having played and sung themselves out by one or two o'clock in the morning on Beale Street, Rampart and Basin Streets, we of yesterday's SNCC say to today's #BlackLivesMatter, "Y'all take it from here. . .!"
"But, you know all the while, we still be humming with you in the background"... and sometimes while we walk beside you.
The struggle continues,
The SNCC Legacy Project 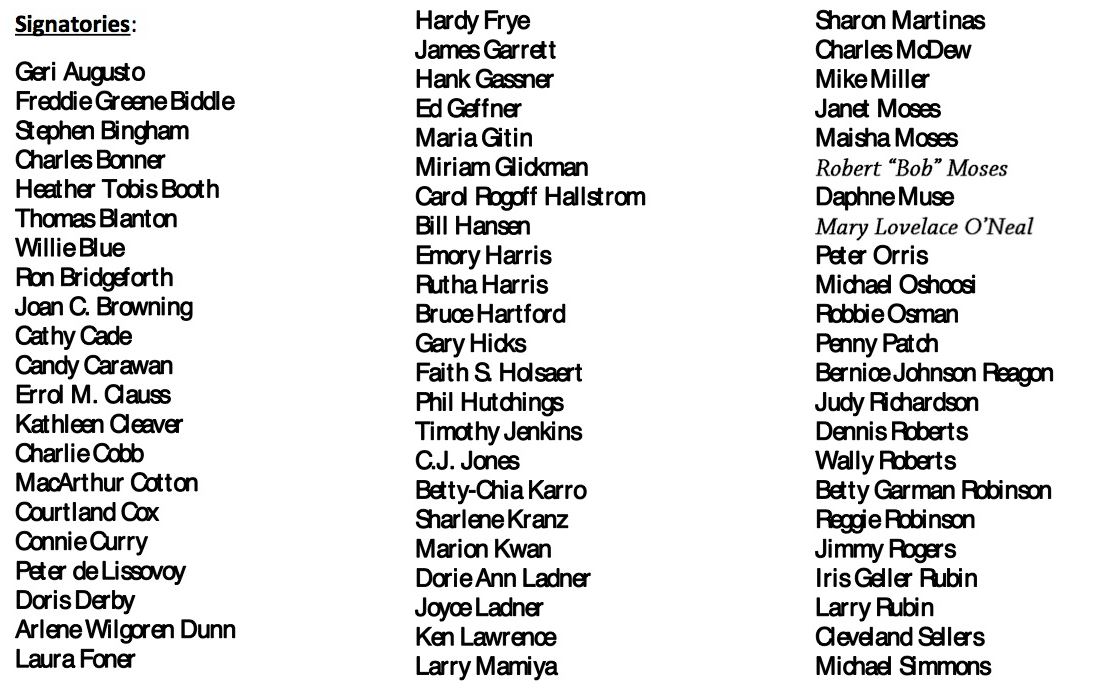