Reform or Divorce in Europe

The worst-performing eurozone countries are mired in depression or deep recession; their condition is worse in many ways than what economies suffered during the Great Depression of the 1930s. The best-performing eurozone members look good, but only in comparison.This system cannot and will not work in the long run: democratic politics ensures its failure. Only by changing the eurozone’s rules and institutions can the euro be made to work. 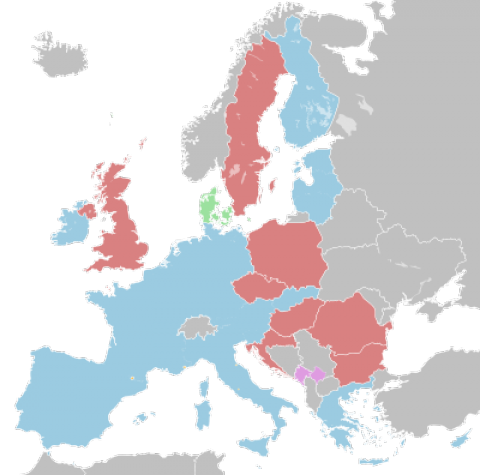 The worst-performing eurozone countries are mired in depression or deep recession; their condition – think of Greece – is worse in many ways than what economies suffered during the Great Depression of the 1930s. The best-performing eurozone members, such as Germany, look good, but only in comparison; and their growth model is partly based on beggar-thy-neighbor policies, whereby success comes at the expense of erstwhile “partners.”

Four types of explanation have been advanced to explain this state of affairs. Germany likes to blame the victim, pointing to Greece’s profligacy and the debt and deficits elsewhere. But this puts the cart before the horse: Spain and Ireland had surpluses and low debt-to-GDP ratios before the euro crisis. So the crisis caused the deficits and debts, not the other way around.

Deficit fetishism is, no doubt, part of Europe’s problems. Finland, too, has been having trouble adjusting to the multiple shocks it has confronted, with GDP in 2015 some 5.5% below its 2008 peak.

Many of the countries now performing poorly were doing very well – above the European average – before the euro was introduced. Their decline did not result from some sudden change in their labor laws, or from an epidemic of laziness in the crisis countries. What changed was the currency arrangement.

The second type of explanation amounts to a wish that Europe had better leaders, men and women who understood economics better and implemented better policies. Flawed policies – not just austerity, but also misguided so-called structural reforms, which widened inequality and thus further weakened overall demand and potential growth – have undoubtedly made matters worse.

But the eurozone was a political arrangement, in which it was inevitable that Germany’s voice would be loud. Anyone who has dealt with German policymakers over the past third of a century should have known in advance the likely result. Most important, given the available tools, not even the most brilliant economic czar could have made the eurozone prosper.

The third set of reasons for the eurozone’s poor performance is a broader right-wing critique of the EU, centered on eurocrats’ penchant for stifling, innovation-inhibiting regulations. This critique, too, misses the mark. The eurocrats, like labor laws or the welfare state, didn’t suddenly change in 1999, with the creation of the fixed exchange-rate system, or in 2008, with the beginning of the crisis. More fundamentally, what matters is the standard of living, the quality of life. Anyone who denies how much better off we in the West are with our stiflingly clean air and water should visit Beijing.

That leaves the fourth explanation: the euro is more to blame than the policies and structures of individual countries. The euro was flawed at birth. Even the best policymakers the world has ever seen could not have made it work. The eurozone’s structure imposed the kind of rigidity associated with the gold standard. The single currency took away its members’ most important mechanism for adjustment – the exchange rate – and the eurozone circumscribed monetary and fiscal policy.

In response to asymmetric shocks and divergences in productivity, there would have to be adjustments in the real (inflation-adjusted) exchange rate, meaning that prices in the eurozone periphery would have to fall relative to Germany and northern Europe. But, with Germany adamant about inflation – its prices have been stagnant – the adjustment could be accomplished only through wrenching deflation elsewhere. Typically, this meant painful unemployment and weakening unions; the eurozone’s poorest countries, and especially the workers within them, bore the brunt of the adjustment burden. So the plan to spur convergence among eurozone countries failed miserably, with disparities between and within countries growing.

This system cannot and will not work in the long run: democratic politics ensures its failure. Only by changing the eurozone’s rules and institutions can the euro be made to work. This will require seven changes:

· abandoning the convergence criteria, which require deficits to be less than 3% of GDP;

· replacing austerity with a growth strategy, supported by a solidarity fund for stabilization;

· dismantling a crisis-prone system whereby countries must borrow in a currency not under their control, and relying instead on Eurobonds or some similar mechanism;

· better burden-sharing during adjustment, with countries running current -account surpluses committing to raise wages and increase fiscal spending, thereby ensuring that their prices increase faster than those in the countries with current-account deficits;

· changing the mandate of the European Central Bank, which focuses only on inflation, unlike the US Federal Reserve, which takes into account employment, growth, and stability as well;

· establishing common deposit insurance, which would prevent money from fleeing poorly performing countries, and other elements of a “banking union”;

· and encouraging, rather than forbidding, industrial policies designed to ensure that the eurozone’s laggards can catch up with its leaders.

From an economic perspective, these changes are small; but today’s eurozone leadership may lack the political will to carry them out. That doesn’t change the basic fact that the current halfway house is untenable. A system intended to promote prosperity and further integration has been having just the opposite effect. An amicable divorce would be better than the current stalemate.

Of course, every divorce is costly; but muddling through would be even more costly. As we’ve already seen this summer in the United Kingdom, if European leaders can’t or won’t make the hard decisions, European voters will make the decisions for them – and the leaders may not be happy with the results.

Joseph E. Stiglitz, recipient of the Nobel Memorial Prize in Economic Sciences in 2001 and the John Bates Clark Medal in 1979, is University Professor at Columbia University, Co-Chair of the High-Level Expert Group on the Measurement of Economic Performance and Social Progress at the OECD, and Chief Economist of the Roosevelt Institute. A former senior vice president and chief economist of the World Bank and chair of the US president’s Council of Economic Advisers under Bill Clinton, in 2000 he founded the Initiative for Policy Dialogue, a think tank on international development based at Columbia University. His most recent book is The Euro: How a Common Currency Threatens the Future of Europe. 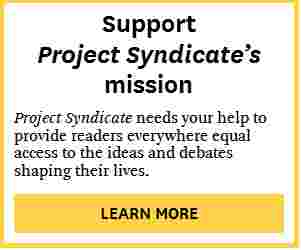