While prisoners refuse to perform their jobs, some guards are not showing up to work. 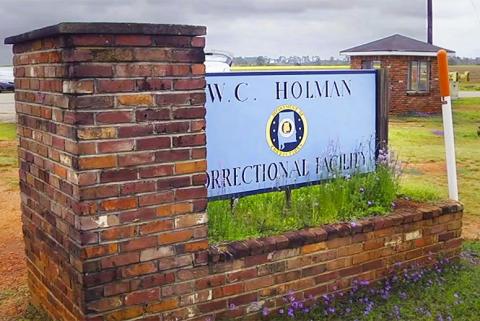 Prisoners and the employees paid to supervise them aren’t often thought of as allies. Instead, corrections officers and inmates most often wind up in headlines together when one has beaten, killed, or taken advantage of the other. But in Alabama last weekend, following a strike initiated and organized by prisoners, a small group of prison guards disrupted that paradigm by refusing to work.

“War brings about strange bedfellows,” said Pastor Kenneth Glasgow, national spokesperson for the Free Alabama Movement, a prisoner solidarity organization that has been communicating with the striking guards and prisoners. “The officers really understand [the prisoners’] reasoning even if they don’t agree with all of it and are just at the point where they don’t feel safe.”Guards at Alabama’s William C. Holman Correctional Facility have a reason not to feel safe: Earlier this month, an inmate fatally stabbed Officer Kenneth Bettis. He had been left alone to supervise as many as 200 inmates, according to WKRG.com.

That’s not an uncommon situation in the understaffed, overcrowded facility.

“Oftentimes down there you might have 17 officers dealing with as many as 1,000 inmates,” Officer Troy Hughes, a guard at Limestone Correctional Facility in northern Alabama, told TakePart. Hughes is familiar with some of the officers at Holman.

Some Holman guards decided they’d had enough. After Bettis’ funeral on Saturday, a number of them didn’t show up to work their scheduled shifts, a prison spokesman told AL.com. Hughes said, “We call it the blue flu—everybody just called in sick after they buried one of their officers.” Glasgow said more than 15 officers failed to show up for work, while the Holman spokesman put the number at nine. (The Alabama Department of Corrections did not respond to a request for further comment.)

The corrections officers’ work stoppage comes as a nationwide prison strike, which began on the 45th anniversary of the Attica prison uprising, entered its third week. While broadly characterized as a labor strike organized to demand fair pay for the work prisoners do behind bars—often for meager wages or none at all—Azzurra Crispino of the Incarcerated Workers Organizing Committee told TakePart that prisoners are participating in whatever way they can. Crispino’s organization has tracked participation—whether ongoing or onetime—in 46 correctional facilities nationwide since Sept. 9. Some prisoners without jobs have gone on hunger strike, while others who feel they can’t risk ceasing to work entirely have slowed down their pace.

“Everything counts as part of the resistance,” said Crispino, media cochair for IWOC.

Overcrowding is just one factor at prisons that can affect the safety of both prisoners and guards.

“The prison administration at Holman has continued to let out prisoners who were known to be violent from long-term solitary confinement back into general population,” said Crispino. “At this point, the guards may just be striking because they don’t want to die.”

The Holman guards’ work stoppage is not the first time the interests of officers and inmates have intersected. In Huntsville, Texas, a corrections union has advocated for a reduction in the use of solitary confinement because members believe its excessive use creates an unsafe working environment, as TakePart reported in April. Lance Lowry, sergeant of correctional officers and president of AFSCME Local 3807, has spent years arguing before the state legislature that more humane conditions for prisoners create safer working conditions for officers.

“I wouldn’t show up for work if I knew it was that dangerous,” Lowry said of conditions at Holman. “These guys are laying it down out of fear and exhaustion.”

While Texas corrections officers aren’t fully unionized or under a common contract, pockets of labor organization like that in Huntsville have helped Lowry and his colleagues make gains with the legislature. Officers at Holman don’t have that luxury, as unionization isn’t permitted for prison guards in Alabama.

Lowry believes that lack of formal labor organization has contributed to the chaos at Holman and the lack of safety in the prisons statewide.

“They don’t have a public spokesperson or union official to speak up on their behalf about their working conditions,” he said. “Same as the prisoners. But they’ll organize one way or another—and they’re organizing all right.”

Crispino said she believes the prisoners’ strike will continue in some facilities in Alabama, South Carolina, Wisconsin, and California, even as it winds down in other states. Because prison administrators do not wish to make such disruptions public, IWOC must track strike activity through conversations with family members of the incarcerated and letters from inside prisons.

“This is a long-term strategy toward prison abolition,” she said. “The goal is for prisoners to be paid so that the profit motive of mass incarceration goes away.”

Rebecca McCray is a staff writer covering social justice. She is based in New York.