books New Women, Free Lovers, and Radicals in Britain and the United States

Rebel Crossings charts six 19th century socialists as they journey from the constraints of Old-World Britain to a New-World America. They were part of a wider historical search for self-fulfillment and an alternative to a cruelly competitive capitalism. The book surveys the interaction of feminism, socialism and anarchism, bringing fresh slants on political and cultural movements and upon influential individuals including Walt Whitman, Eleanor Marx, and William Morris. 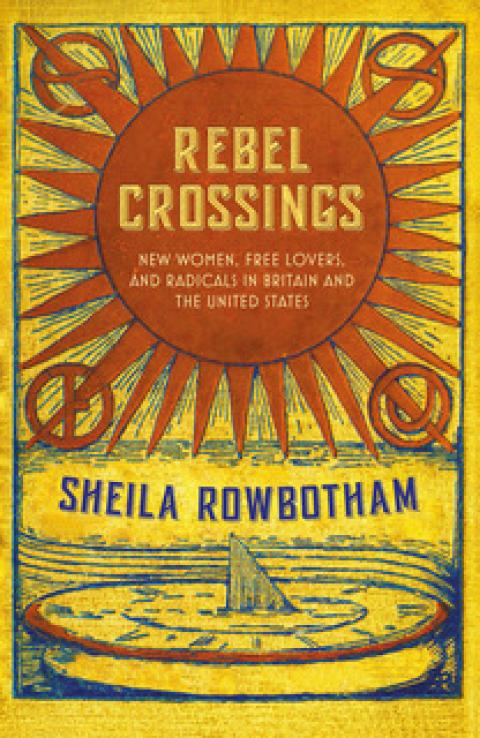 . , Verso
Rebel Crossings: New Women, Free Lovers, and Radicals in Britain and the United States
By Sheila Rowbotham
Verso, 512 pages
October 28, 2016
Hardback:   $34.95 ($17.48 - 50% off from publisher until Jan 1, 2017) - Free shipping and bundled ebook
E-book:     $14.99 ($7.50 - 50% off from publisher until Jan 1, 2017)
ISBN 9781784785888
Long before slogans declared that "the personal is political", radicals were testing out ways to embody their principles and ideals in everyday life. Sheila Rowbotham's new book reconstructs the adventures and relationships of four women and two men whose political journeys fall below the radar of most historians. Born between 1860 and 1874, all six were socialists of a sort - but of course the question "what sort?" has always been highly divisive on the Left. Drawn to comradeship but profoundly committed to individualism, they engaged avidly with literature, philosophy and even some real-world campaigning, casting aside conventions of dress, behaviour and morality in pursuit of simplicity and truth.
For five of Rowbotham's rebels, that quest also meant leaving Britain for the US (the remaining member of the group, Helen Tufts, was born in New Jersey). Maintaining correspondence with like-minded individuals across the Atlantic - notably in the Bristol Socialist Society, where a number of them had first met - these émigrés' American experiences took them into new circles of colonies, fellowship and publishing. Their heroes were Walt Whitman (pictured above), Edward Carpenter and Henry Thoreau - sages who informed and inspired their experiments in living.
Robert Nicol's search for self-fulfilment and a free union with his emancipated lover, the dynamic and wilful Miriam Daniell, led him from medical school in Edinburgh to a ranch in the wilds of California. He was later joined there by the novelist Gertrude Dix, graduating from the socialist scene in Bristol, who adapted to her new environment by penning western short stories. The Irish autodidact William Bailie progressed from basket-making to researching a study of anarchist economics - and publicising the deficiencies of Boston's water supply. Helena Born, elegised as an "artist of life", pitched into debates in print, served on committees and belatedly found her "great love" with a married man. Helen Tufts, meanwhile, edited the writings of her much-idolised friend Born, while chronicling her own life as a new woman in a private journal. Periodically, she asked herself why she bothered, and who would ever read it.
Rowbotham has, and her research on this cluster of friends, lovers and collaborators reveals their family histories, their homes and networks, and the varied causes to which they devoted themselves, setting it all in detailed historical contexts. We learn a great deal about what they thought and felt: their whole political outlook was about truth to self, baring their souls in correspondence and using discussion groups and the pages of the radical press to think through ethical dilemmas and ideological controversies. We follow them into the world of the paper Liberty, the gendered politics of the Walt Whitman Fellowship, the Comradeship of Free Socialists, the Pure Food Kitchen in Boston in the 1890s, the "free love" movement, and anarchy in the US.
The book is about recovering the complexities of their lives, not illustrating a moral or drawing conclusions. Disarmingly, in the introduction, Rowbotham describes her motivation for telling these stories as "subversion sustained by humour and enjoyment". Rebel Crossings contains remarkable tales of courage - and of folly. In practical terms, all these strivings and earnest arguments made little impact on the world around them. But this was about a different kind of politics. As Rowbotham comments of Born, her priority was "changing consciousness over changing structures".
Author Sheila Rowbotham is a British writer, socialist, feminist and accomplished author. Among her some 25 books are Hidden from History: 300 years of Women's Oppression and the Fight against it (Pluto Press, 1973, 1992), Women in Movement: Feminism and Social Action (Routledge, 1993), and Edward Carpenter: A Life of Liberty and Love (Verso, 2009)
[Reviewer Claire Giffiths teaches modern history at the United Kingdom's Cardiff University, in Wales.]
Subscribe to Portside