To Stop Trump, Learn from Tea Party - Build at the Grassroots

Today is the first day of the 115th United States Congress. In less than three weeks, this Congress will join with President-elect Donald J. Trump to claim a mandate they do not have for policies that most Americans do not support. Together, they will seek to enact a bigoted and anti-democratic agenda, threatening our values and endangering us all.But Americans have the power to resist this dangerous turn. We know because we've seen it before. 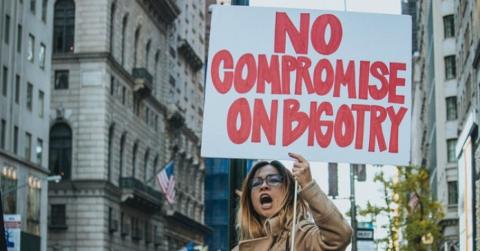 "If a small minority in the Tea Party can stop President Obama, then we the majority can stop a petty tyrant named Trump," the guide states., Photo: mathiaswasik/flickr/cc // Common Dreams
We served as congressional staff members during the early years of the Obama administration. It was an exhilarating time to be a progressive in Washington: An inspirational new president was taking office, accompanied by a majority in the House and a supermajority in the Senate. But by February 2009, something had begun to change. Small protests calling themselves "tea parties" were popping up all over the country. In April, their Tax Day demonstrations dominated the news.
In August, routine hometown events got unexpectedly rough for members of Congress. At a neighborhood event at Randalls, a grocery store in Austin, Tex., Congressman Lloyd Doggett came face to face with a group of "tea party patriots," carrying signs that said "No Socialized Health Care." In Austin - and in congressional districts across the country - the tea partyers chanted what became their battle cry: "Just say no!"
Their tactics weren't fancy: They just showed up on their own home turf, and they just said no.
Here's the crazy thing: It worked.

The Tea Party's ideas were wrong, and their often racist rhetoric and physical threats were unacceptable. But they understood how to wield political power and made two critical strategic decisions. First, they organized locally, focusing on their own members of Congress. Second, they played defense, sticking together to aggressively resist anything with President Obama's support. With this playbook, they rattled our elected officials, targeting Democrats and Republicans alike. 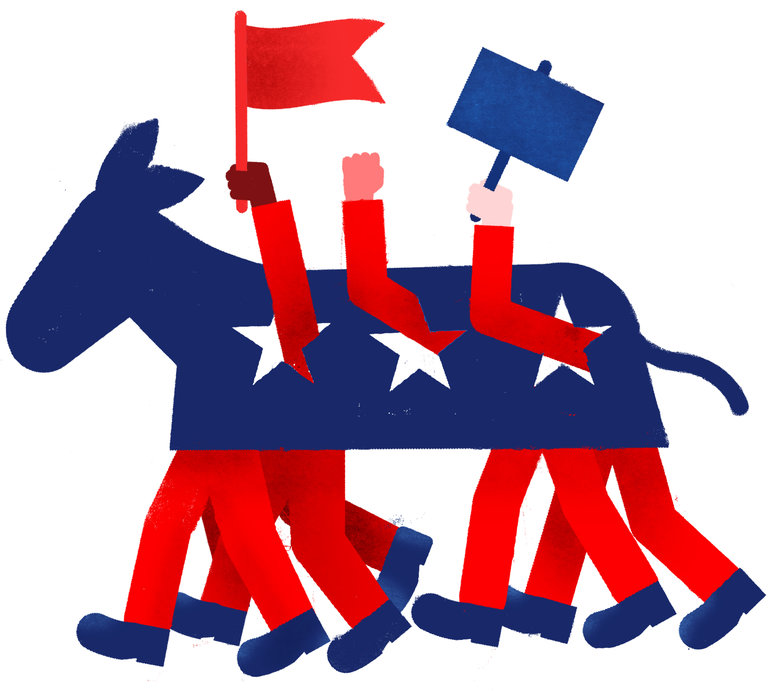 credit: Yarek Waszul // New York Times
Politics is the art of the possible, and the Tea Party changed what was possible. They waged a relentless campaign to force Republicans away from compromise and tank Democratic legislative priorities like immigration reform and campaign finance transparency. Their members ensured that legislation that did pass, like the Affordable Care Act, was unpopular from the start. They hijacked the national narrative and created the impression of broad discontent with President Obama.
And they organized for the 2010 election, targeting Republicans in the primaries and Democrats in the general election. After the November 2010 elections, the Democratic majority in the House and supermajority in the Senate were gone. With them went all hope for bold progressive reform under President Obama.
The Tea Party's success was a disaster for President Obama's agenda and for our country, but that success should give us hope today. It proved the power that local, defensive organizing can have.
With this in mind, we coordinated a group of former congressional staffers and advocates to develop "Indivisible: A Practical Guide for Resisting the Trump Agenda." It takes a few pages from the Tea Party playbook, focusing on its strategic choices and tactics, while dispensing with its viciousness. It's the Tea Party inverted: locally driven advocacy built on inclusion, fairness and respect. It's playing defense, not to obstruct, but to protect.

The guide is informed by a simple principle: Federal policy change in the next four years doesn't depend on Mr. Trump but on whether our representatives support or oppose him. And through local pressure, we have the power to shape what they consider possible. 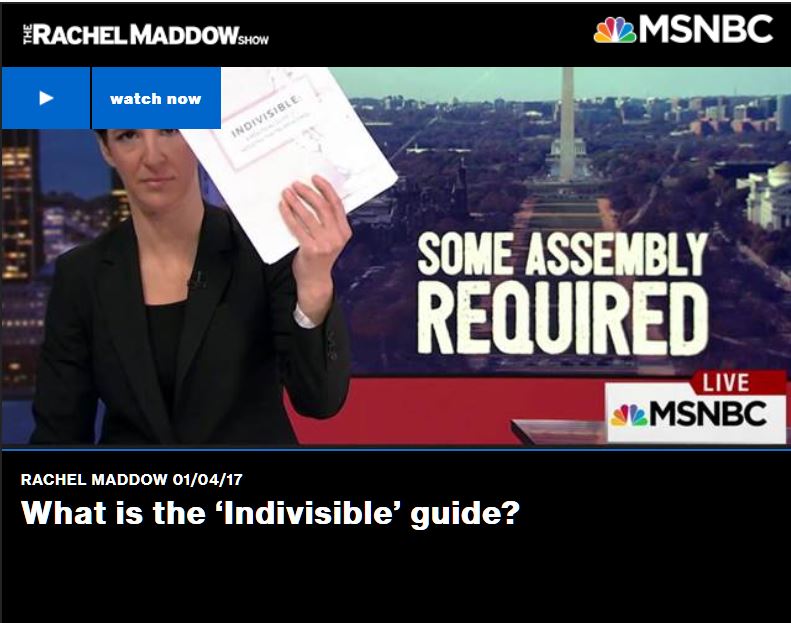 Listen here.
This kind of local advocacy can make nearly any member of Congress think a lot harder about his re-election chances. It can ensure that the 10 Senate Democrats up next year in Trump-won states recognize that their best hope for survival lies in bold action to defend democracy rather than cutting deals with a petty tyrant.
It can also weaken the grip of the Senate majority leader, Mitch McConnell, on his slim two-vote majority when he tries to empower Mr. Trump. It can drive home for Chuck Schumer, the Senate minority leader, that his constituents won't accept deals with a would-be dictator. And it can complement the efforts of organizers as they mobilize to support those most threatened by Mr. Trump's agenda.
If anything, this model has greater potential now than it did for the Tea Party in 2009. Unlike President Obama, President-elect Trump has no mandate, a slim congressional majority and a slew of brewing scandals. Our incoming president is a weak president, and he can be beat.
But this fight won't be won by politicos in Washington, D.C. It will be won by groups in Fort Collins, Colo., Hershey, Pa., Houston and Atlanta who were organizing for justice long before a handful of former congressional staffers wrote some guide. It will be won by groups in Tucson, Madison, Wis., and St. Louis who started organizing resistance in just the last few weeks. It will be won by you, and it starts today.
Gather your friends over Martin Luther King weekend. Join an existing local group or start your own. Find your members of Congress and start following their work. Show up at their local offices and let them know you're watching. Remind them that they represent you, not Donald Trump. Together, we can resist.
[Ezra Levin, Leah Greenberg and Angel Padilla are co-authors of "Indivisible: A Practical Guide for Resisting the Trump Agenda."] 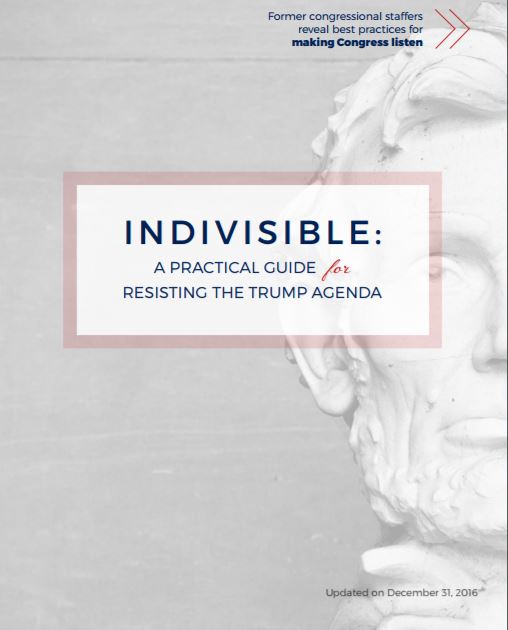