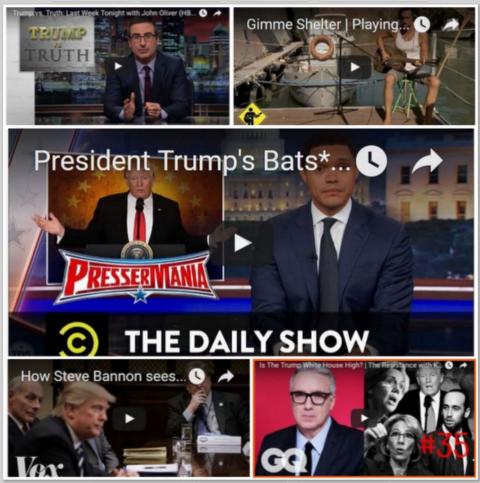 To view a video, click on an image below,
President Trump's Bats**t Press Conference 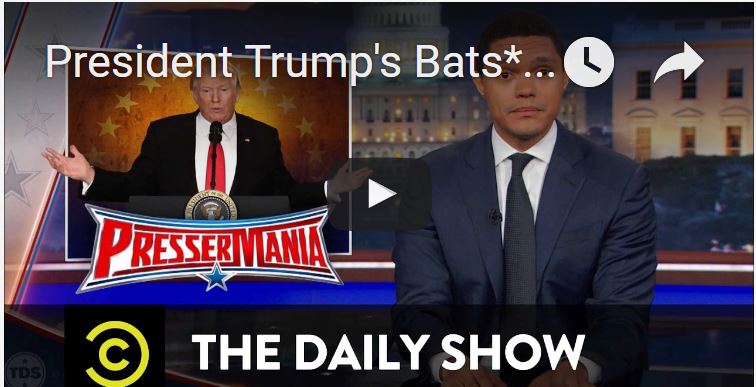 During a no-holds-barred press conference, President Trump lashes out at the media, pushes lies about his Electoral College victory and boasts that he's not anti-Semitic.
Gimme Shelter 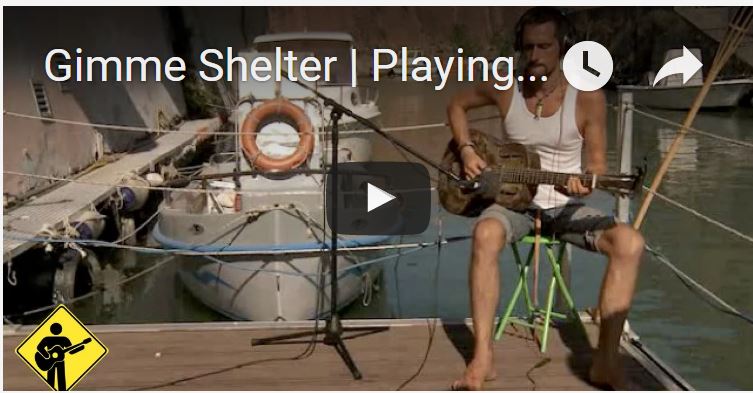 This song expresses the urgency we all face and offers us wisdom with the words, "War, children, it's just a shot away... Love, sister, it's just a kiss away".
How Steve Bannon Sees the World 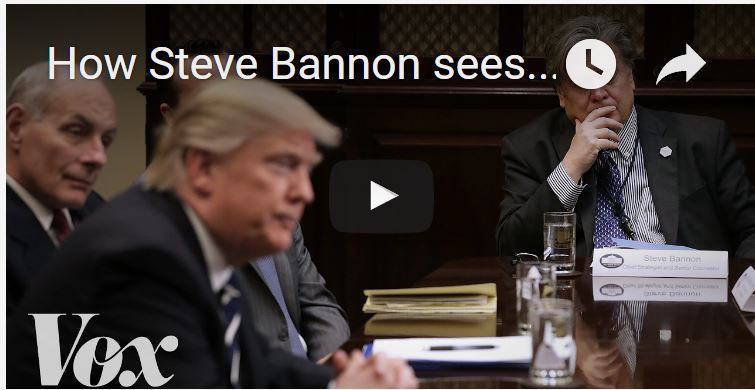 President Donald Trump's chief strategist believes the West is at war with Islam.
Is the Trump White House High? 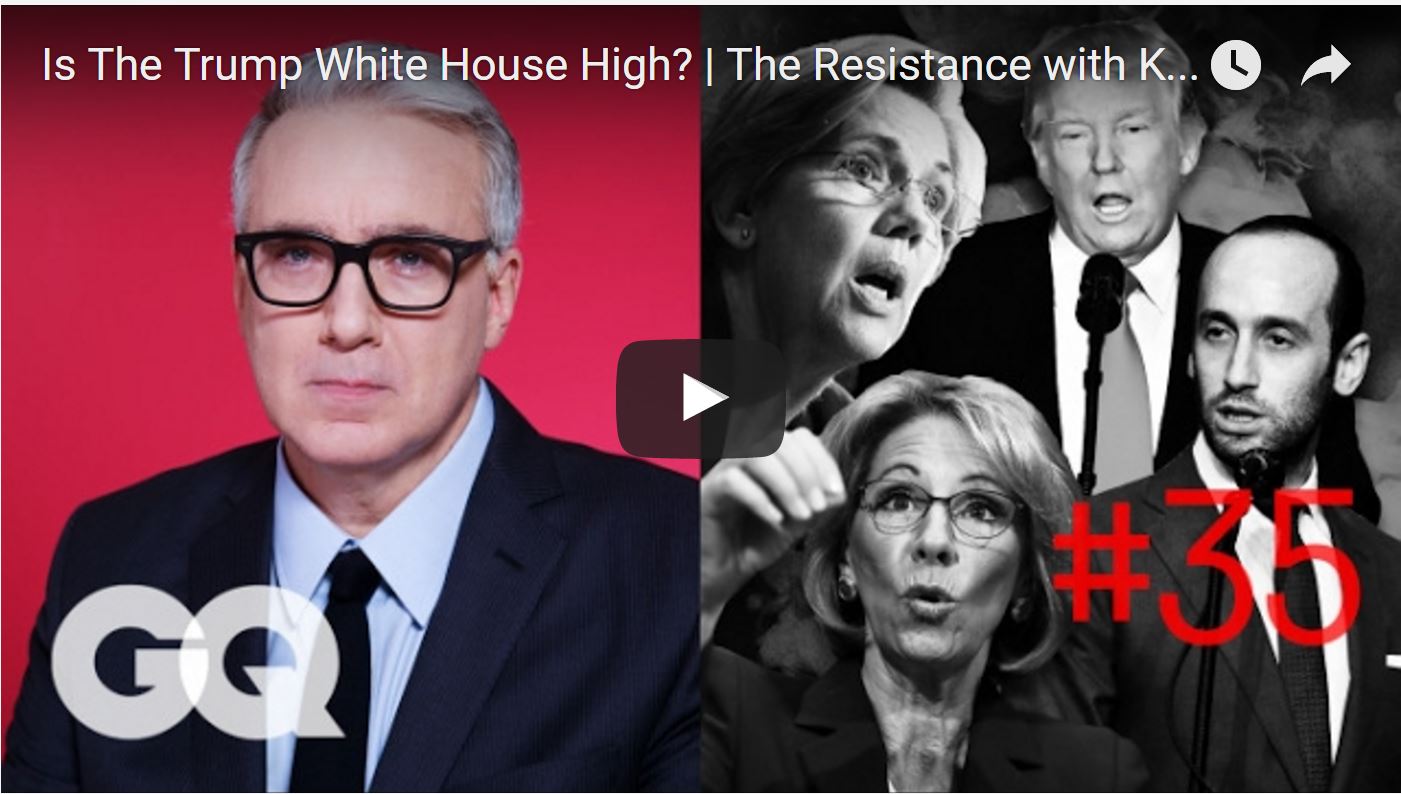 This is madness that we’re witnessing here
Trump vs. Truth 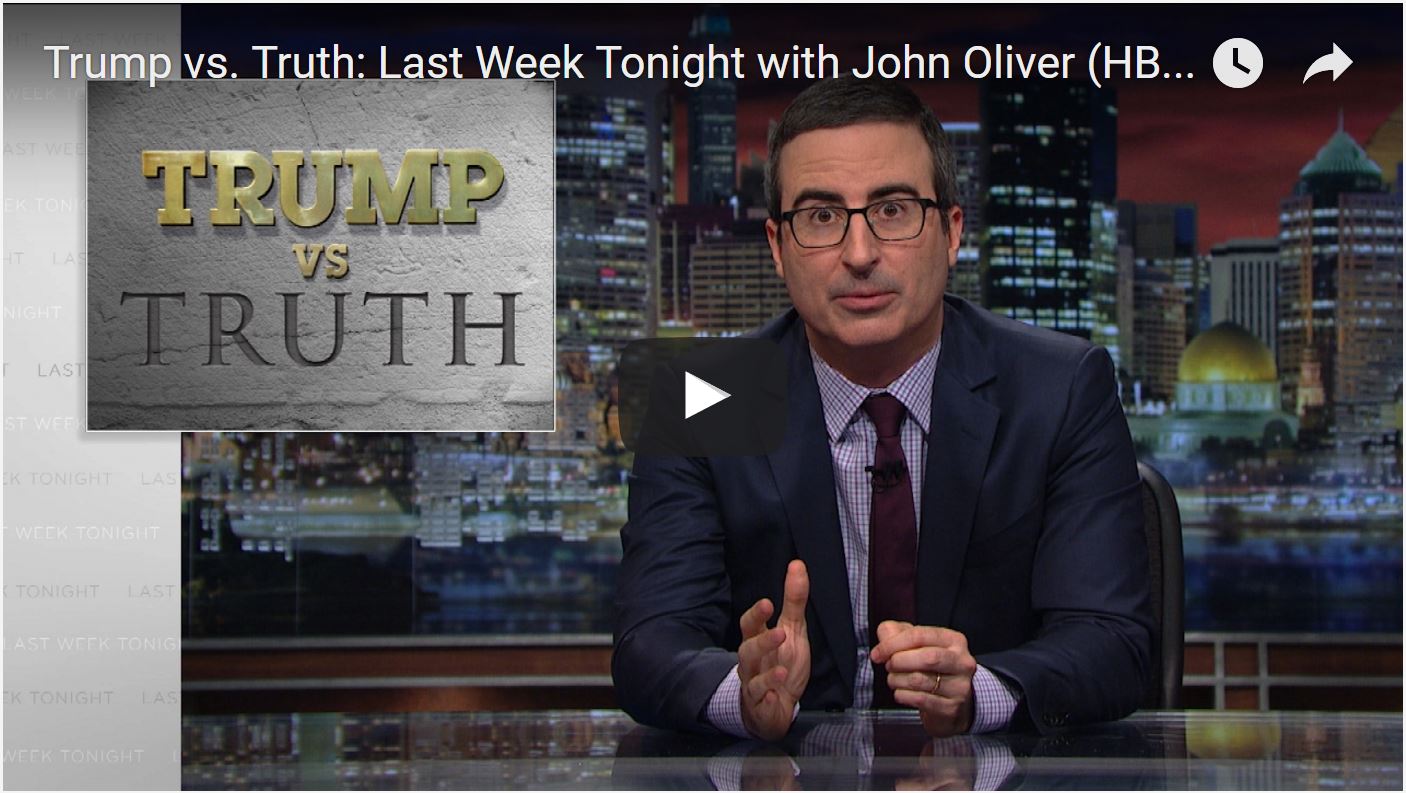 Donald Trump spreads a lot of false information thanks to his daily consumption of morning cable news. If only we could sneak some facts into the president’s media diet.
Subscribe to Portside