The civil rights pioneer and scholar is most famous for his book The Souls of Black Folk, but his use of data to show inequality is still profound today 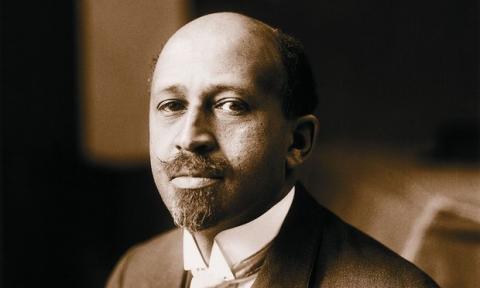 Any African American to be admitted to Harvard University in 1888 had to be exceptionally gifted. But that description doesn’t come close to capturing the talent of WEB Du Bois, a man who managed to write 21 books, as well as over 100 essays while being a professor and a relentless civil rights activist.

Du Bois saw no trade-off between those pursuits – his scholarship was protest and his protest was scholarship. He deeply understood something that every activist scrawling a banner in Washington knows today – messaging matters.

Nine years before he became one of the founders of the National Association for the Advancement of Colored People (NAACP), Du Bois went to Europe to refute a widely held belief: that blacks were inferior to whites (a belief that a quarter of Americans still hold according to a poll last year).

At the 1900 World Exposition in Paris, Du Bois went armed with beautiful photographs that showed African Americans posing with dignity. But he also knew that the photographs, however elegant, would fail to persuade many. So, he also took data “to show: (a) The history of the American Negro. (b) His present condition. (c) His education. (d) His literature.” 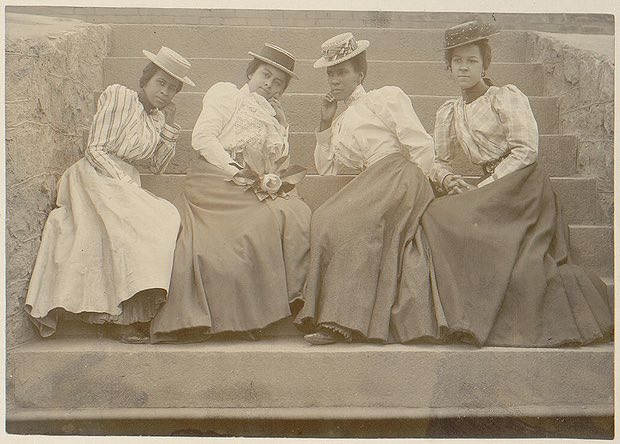 Four African American women seated on the steps of a building at Atlanta University in Georgia Photograph: WEB Du Bois

With the help of students at the Atlanta University where he was a professor of economics and history, Du Bois created dozens of illustrations that put many of today’s data visualization experts to shame. The work was the inspiration for Theaster Gates’ latest exhibition in Los Angeles which started this month, and for Black History Month, I wanted to update four of Du Bois’ visualizations with the most recent data available. 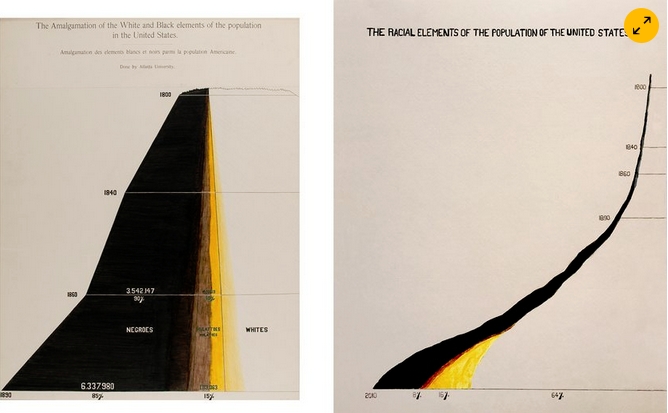 This illustration is beautifully simple, but don’t be misled about the updated version. Yes, the fact that black illiteracy has fallen to 1.6% does seem like progress. But even as late as 1979, illiteracy among black Americans was still four times higher than it was for white Americans. (Newer numbers from the National Center for Education Statistics don’t track “illiteracy” but measures literacy levels.) 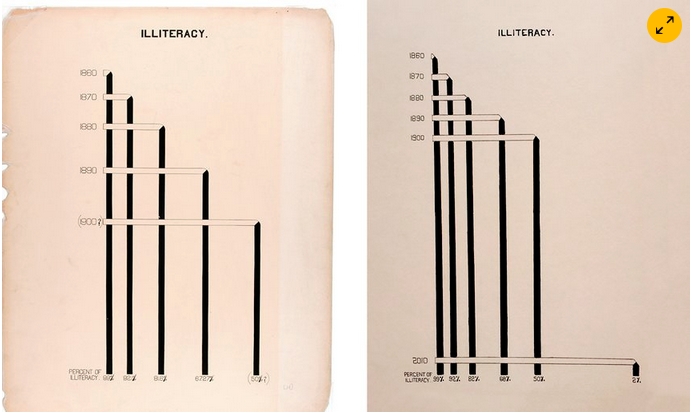 If I had stayed close to the original chart, the updated version would have shown that in 2015, African American households in Georgia had a median income of about $36,655, which would fail to capture the story of inflation (net asset numbers aren’t published as cumulative for one race). Instead, I wanted to see how wealth varies by race in America today.

The story is bleak. I hesitated to use the word “worth”, but it’s the language used by the Census Bureau when they’re collecting this data and, since money determines so much of an individual’s life, the word seems relevant. For every dollar a black household in America has in net assets, a white household has 16.5 more. 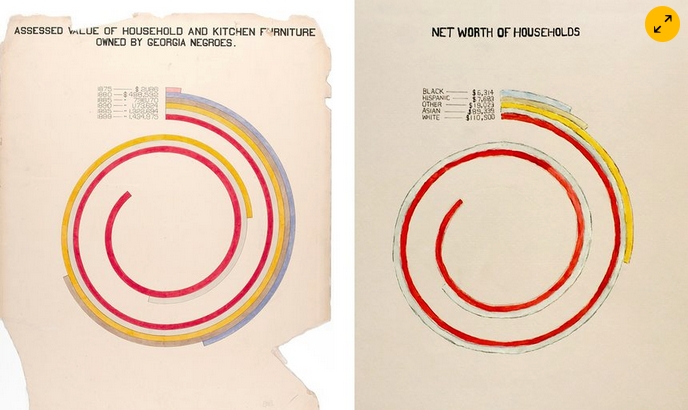 At first glance, this looks like another story of progress. It’s not. The workforce has changed dramatically since 1900 – just 29,000 Americans today work in fishing and the number of job titles tracked by the Bureau of Labor Statistics has grown to almost 600 – everything from “animal trainers” to “wind turbine service technicians” (and there are even more sub categories).

So, when occupations are grouped into five categories (somewhat arbitrarily), it looks like black and white Americans now work in similar jobs. But even when you control for education level, whites still out-earn black and Hispanic Americans who regularly report being treated unfairly in the workplace. 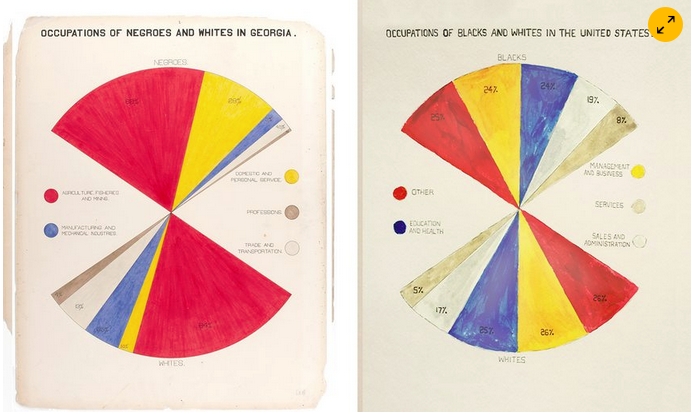 I thought about DuBois while drawing these. Not just his outstanding craft (how did he manage to get those lines so straight? Those labels so neat?) but how he would feel to look at data 117 years later about the “present condition” of black Americans.

You can view 553 images WEB Du Bois took to the Paris Exposition on the Library of Congress’ website here.

If you liked this article Become a Guardian Supporter.  Supporters keep our journalism fearless and free to tell the stories other news organizations won’t