What Explains the Racial Wealth Divide?

A new study shows the legacy of racism far outweighs individual financial decisions in driving the growing gap between black and white families. 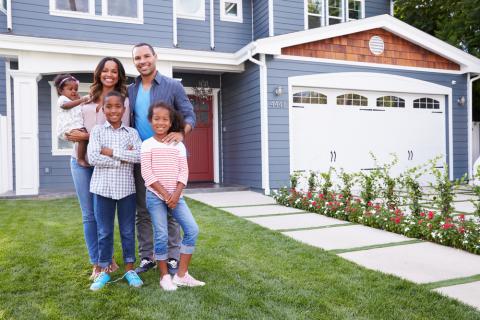 No myth around around our staggering racial wealth divide may be more entrenched than the notion that black and brown people have less money because they’ve made poor personal decisions.

Tom Shapiro, a professor at the Institute on Assets and Social Policy, and his colleagues at Brandeis University teamed up with the New York-based think tank Demos to release a new report that directly takes on this devilishly persistent “deservedness” myth.

When asked in public opinion polls whether white families are better off financially than black households, less than half of white respondents acknowledge they are. Among the folks who acknowledge the racial wealth divide exists, two thirds assert that discrimination rooted in individual people is a greater problem than discrimination that is built into our laws and institutions.

The divide in wealth between white and black families, the new report shows, cannot be explained by differences in financial or lifestyle choices. The significance of the choices individual people of color make pale against “a century of accumulated wealth.” In other words, the majority who responded to that poll are wrong.

The new report from Brandeis and Demos — The Asset Value of Whiteness: Understanding the Racial Wealth Gap — takes each aspect of the deservedness myth head on, touching on everything from education and consumption to family formation and workforce participation.

Among workers with equal levels of education, the median white adult with at least some college holds 7.2 times more wealth than the comparable median black adult and 3.9 times more than the median Latino.

“Higher education is valuable,” the new study’s authors conclude, “but when it comes to wealth, white privilege is equally, if not more valuable.”

In fact, white one-parent households have more wealth than black two-parent households. Again, the racial wealth divide persists regardless of how smart an individual’s personal financial decisions may be.

Some apologists for inequality cite differences in spending habits as the reason why the racial wealth divide persists. Black people waste their money on frivolities, the argument goes, while whites save.

In real life, white families spend 1.3 times more than comparable black families, on average across all income levels. Black consumers spend either less or the same as their white counterparts on clothing, jewelry, personal care, entertainment, eating out, and other non-essentials. Black families consistently outspend whites in only one category: utility bills.

The Asset Value of Whiteness offers a variety of policy solutions to our growing racial wealth divide, most notably calling for the implementation of a “racial wealth audit,” a tool that can measure how new potential public policy will raise or lower racial wealth gaps.

That audit, given the current legislative climate, seems far off. But the work of shifting the narrative that holds in place our persistent racial divide remains as pressing as ever.

Josh Hoxie directs the Project on Opportunity and Taxation at the Institute for Policy Studies and is co-editor of Inequality.org.