Trump’s new Muslim Ban order attempts to “provide some evidence” by giving reasons for why each of the countries were targeted for the ban, as well as why he is suspending the refugee program. He proffers two incidents in which refugees were convicted on terrorism related charges. What Trump fails to disclose is that in each case the “terrorism” in question was concocted by the FBI, as part of a sting operation. 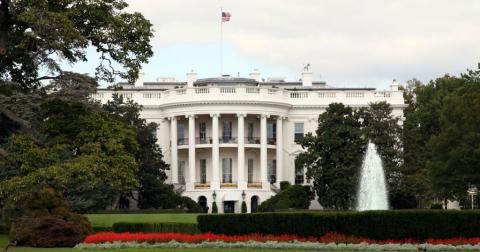 On Monday March 6, 2017, the Trump Administration announced its second attempt at a Muslim Ban. While it is impossible to justify a ban that is fundamentally rooted in animus towards Muslims, Trump tried to rectify his previous executive order’s most glaring problems. For example, the new ban will not apply to legal permanent residents or people who currently hold valid visas.

The constitutional issues are much deeper than that. Ruling against the first ban, federal courts failed to find a rational relationship between barring the entry of individuals from the countries listed and a national security purpose. As a Virginia federal judge, who would later rule the order was unconstitutional, told the Justice Department lawyers defending the order, “the courts have been begging you to provide some evidence, and none has been forthcoming.”

Trump’s new order attempts to “provide some evidence” by giving reasons for why each of the countries were targeted for the ban, as well as why he is suspending the refugee program. While it is important to remember that Trump is just desperate to make his Muslim ban appear to be something other than what it is, it is worth looking at the “evidence” presented.

Trump proffers two incidents in which refugees were convicted on terrorism related charges. What Trump fails to disclose is that in each case the “terrorism” in question was concocted by the FBI, as part of a sting operation.

The first plot mentioned in the Executive Order involved two Iraqi refugees,  Waad Ramadan Alwan and Mohanad Shareef Hammadi. In 2010, an FBI confidential informant approached the two men telling them that he was working to send money, supplies, and weapons to the “Mujahadeen in Iraq.” The FBI then set up ten (fake) “operations” to send money to Iraq. As Sue Udry explained, “Throughout the operations, the FBI supplied all materials and took care of all logistics for the imaginary operation, with Alwan and Hammadi merely offering manpower.”

The second “plot” cited by Trump was the case of Mohamed Osman Mohamud, a naturalized US citizen who came to the US as a Somali refugee as a young child.  Mohamud most likely first came to the FBI’s attention after he told his parents, who were in the process of getting a divorce, that he was leaving the country. His father, a refugee from Somalia’s civil war, was concerned his son may have been brainwashed, so he turned to the FBI for help. After reaching out to the FBI, he asked them to prevent his son from leaving the country. Mohamud never left. His mother discovered him at a local playground, brought him home, and took away his passport.

The FBI didn’t prove to be much help, but they did begin to continuously monitor Mohamud. Thanks to the FISA Amendments Act, they were also able to access information the National Security Agency collected about Mohamud, sans warrant. The FBI would describe him as a “confused college kid that talks mildly radical jihad out one ear, and drugs, sex, drinking out the other.”

Eventually, an FBI undercover agent reached out to Mohamud about joining a non-existent terrorist cell. Two confidential informants pretended to be the cell’s other members and concocted a phony plot to blow up the Portland, Oregon Christmas tree lighting. They gave Mohamud a phony bomb and sent him to detonate it. The FBI then proceeded to arrest him.

His defense team offered an entrapment defense, but a jury nonetheless found Mohamud guilty. However, a judge rejected the prosecution’s request for the maximum sentence, stating that the case was an example of “imperfect entrapment” and that it was “a sad case.”

In addition, to two non-existent terror plots dreamt up by the FBI, the Executive Order offers this “evidence:”

Trump campaigned on a Muslim Ban. After becoming President though, he realized that legally he could not openly implement a Muslim Ban. He tried–and failed–to obscure his real intent with his previous executive order. After being challenged by social movements and exposed in court, Trump is desperately trying to save face. If the ban itself is motivated by animus, if its real intent is not promote national security, but to discriminate, no amount of tinkering can save it.

Chip Gibbons is Policy and Legislative Counsel of BORDC/DDF