Sanders succeeded where so many Democrats failed this past election cycle—by connecting with red-state voters. 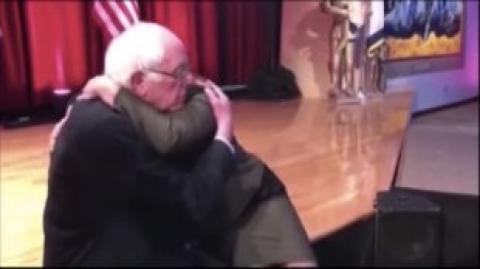 People for Bernie / Twitter
Sen. Bernie Sanders hosted a panel discussion in McDowell County, West Virginia, Monday night on MSNBC's "All in With Chris Hayes." And as he did in his Kenosha, Wisconsin talk earlier this year, Sanders succeeded where so many Democrats failed this past election cycle—by connecting with red-state voters.
Here are five of the evening's more remarkable moments.
1. Taking on Trumpcare
Sanders reiterated his message from last week, when the GOP's Obamacare "replacement" plan was first unveiled.
"The Republican bill, it should not be seen as a health care bill, because throwing millions of people off of health care [is not] health care legislation," Sanders explained. "What it should be seen as is a huge tax break for the wealthiest people in this country."
West Virginia voted Republican for nearly two decades. But Sanders' message could turn the state blue again. After all, President Obama won McDowell County in 2008 by over 10 percent. And Sanders won all 55 of the state's counties in the primary.
"At a time when we have a massive level of income and wealth inequality, this legislation would provide, over a 10-year period, $275 billion in tax breaks to the top 2 percent. So when people tell you we don't have enough money to invest in McDowell County or rebuild our infrastructure, nationally... don't believe them," he added. 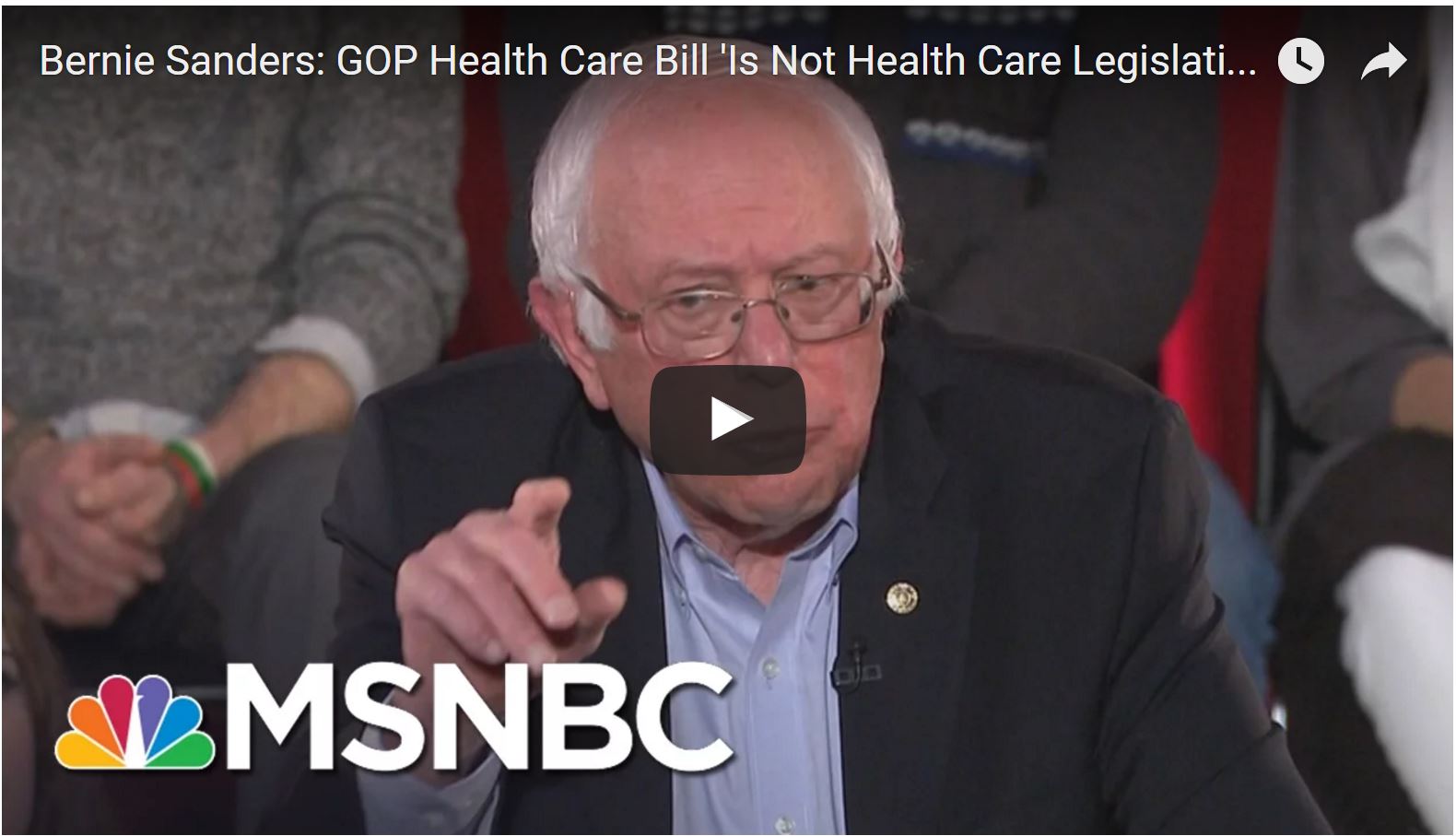 2. Working-Class Heroes
Sanders wants to make sure America's coal country "heroes" get the pensions they deserve, an issue highlighted in a Van Jones "Messy Truth" segment last week.
"Right now, there are tens of thousands of coal miners who were promised health care when they retired. [Their] families were promised pensions, and you got a Congress including [Republican] Senator McConnell from the coal state of Kentucky, who is holding up legislation to make sure these families have the health care and the pensions that they were promised," Sanders noted. "So if you think about all of the miners who suffered and died from black lung disease and all the other injuries... I would say that as a nation, we owe these folks a great deal." 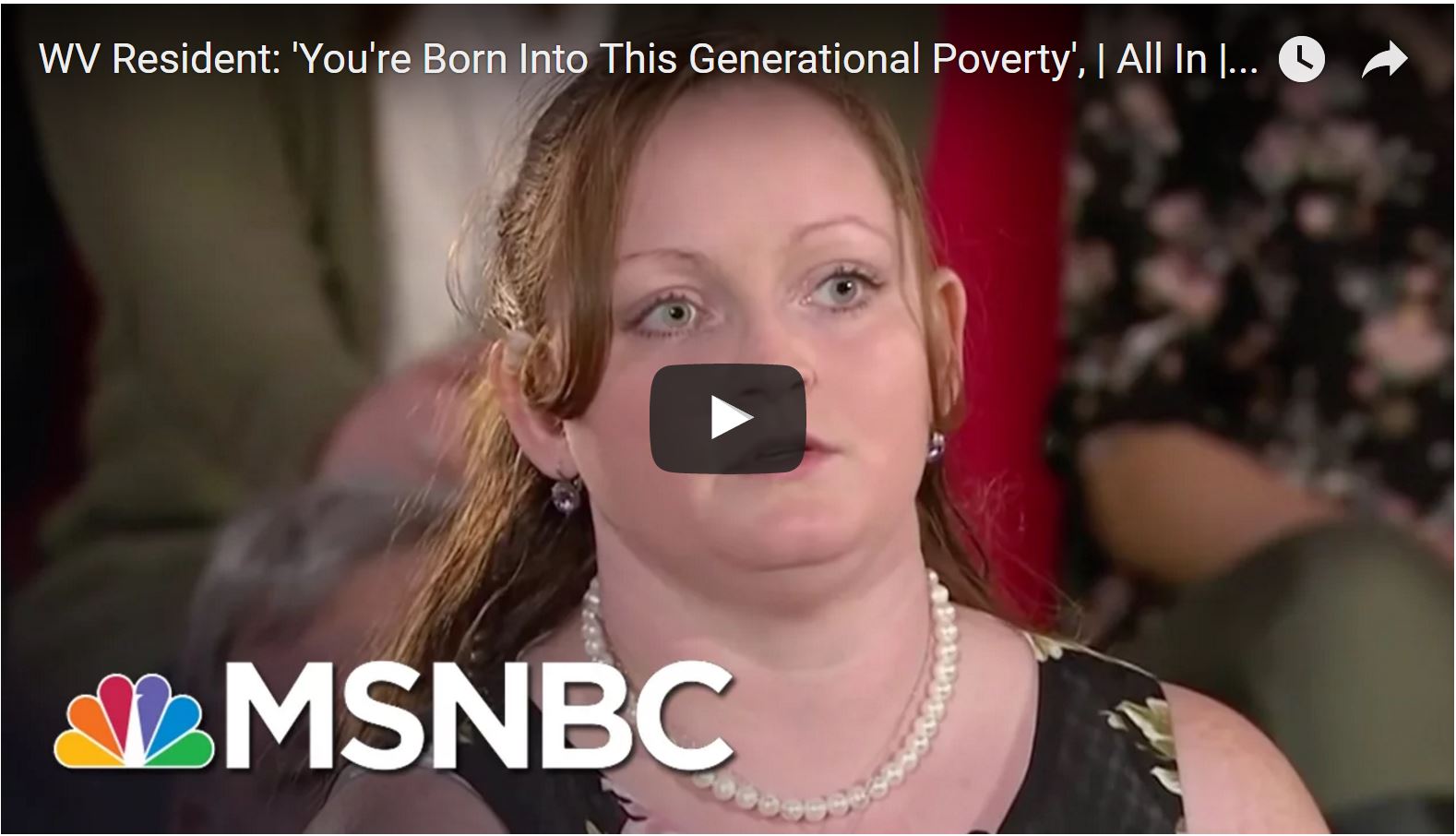 3. Debunking Trump's Coal Lie
No one in the audience, not even Trump voters, believed the president would bring back the jobs he promised.
"I don't think he can," state delegate Ed Evans finally said of Trump.
"Let me just stop you right there," interjected moderator Chris Hayes. "Does the room agree with that?"
The response was virtually unanimous.
4. Sanders' Senate Record
The Vermont senator got a big shout-out from a retired miner in the audience Monday night.
"I never dreamt that I'd get to thank you personally for the bill that you are co-sponsoring," he told Sanders of Senate Bill 175. "I'm one of those miners that will lose his health care at the end of April if they don't pass that law. I think it's kind of ironic that a senator from the northeast takes care of my benefits better than someone like Mitch McConnell," he added. 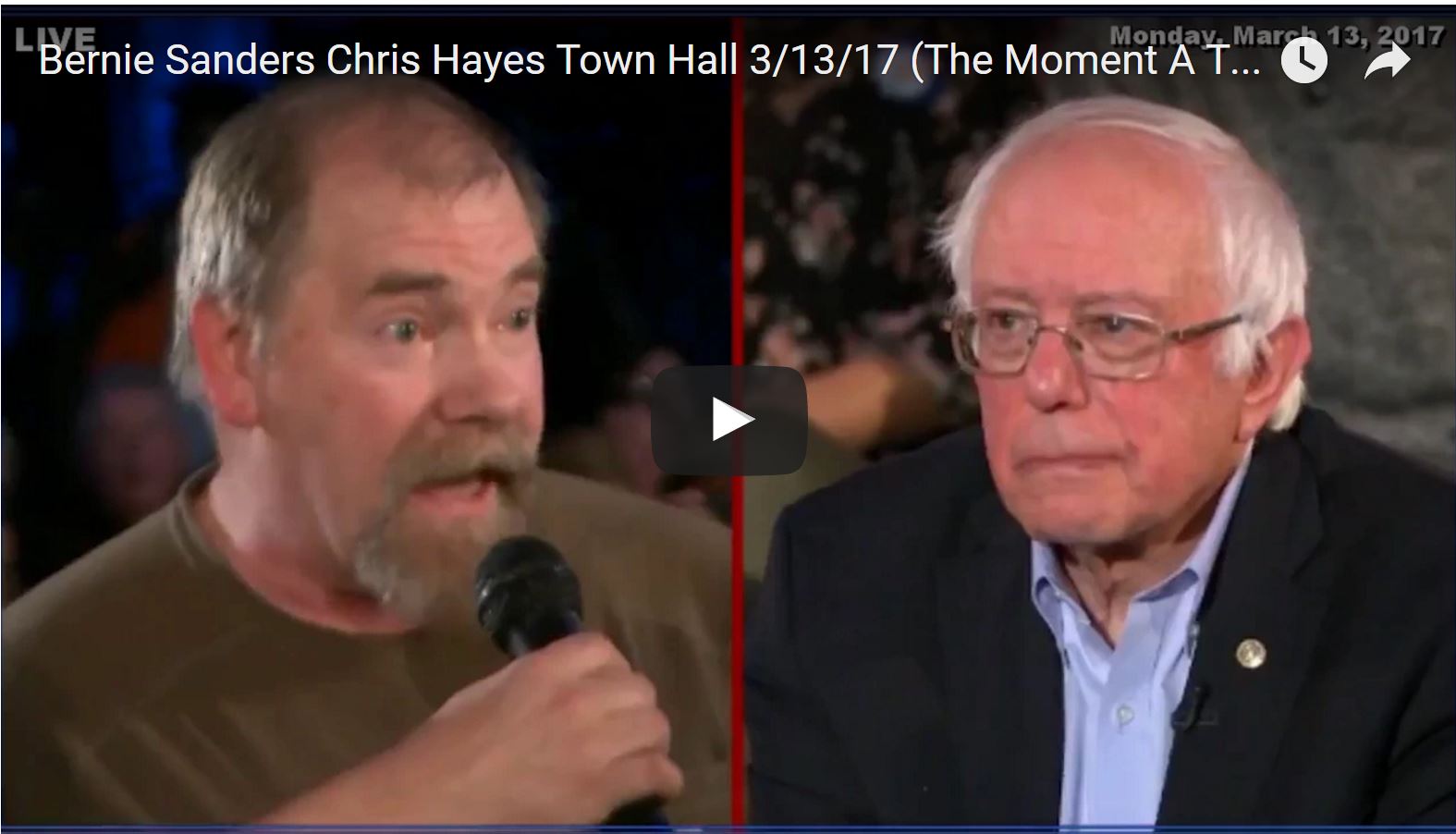 5. Preventing Future Crisis
At the end of the night, Sanders spoke one on one with Paula Swearengin, a resident of Beckley, WV.
Swearengin advocates for environmental rights, urging lawmakers to protect drinking water in the Ohio Valley.
"We need help," she told Sanders.
"I don't want to overpromise you," he said as they hugged. 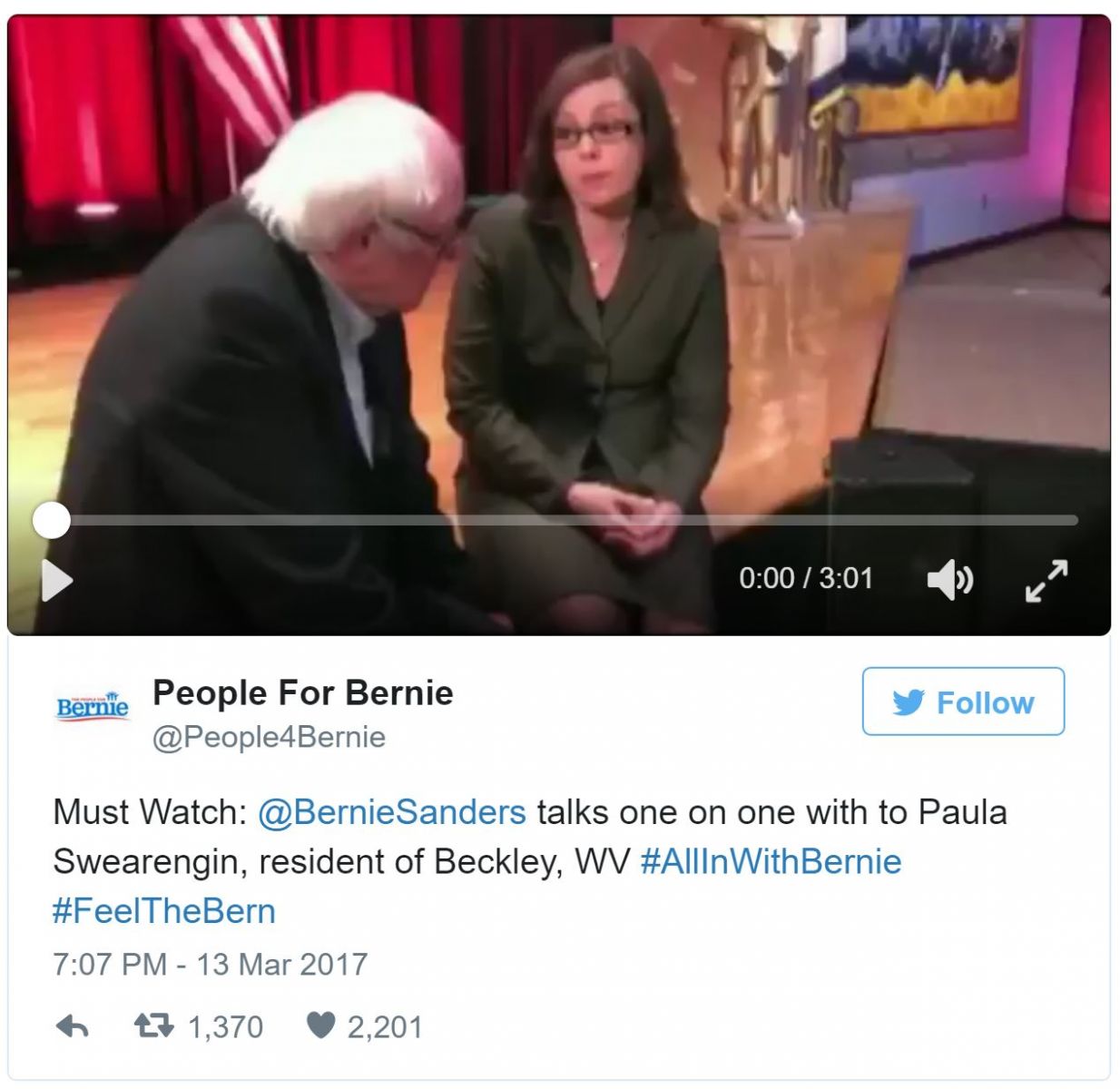 Alexandra Rosenmann is an AlterNet associate editor. Follow her @alexpreditor.
This article was made possible by the readers and supporters of AlterNet.
Subscribe to Portside