On April 29, We March for the Future

We'll either save or doom the planet during the Trump administration. Don't sit the Peoples Climate Mobilization out. Trump is either the end of the fight for a working planet Earth - or the moment when that fight turns truly serious. That choice is not up to him. It's up to the rest of us. See you in DC. 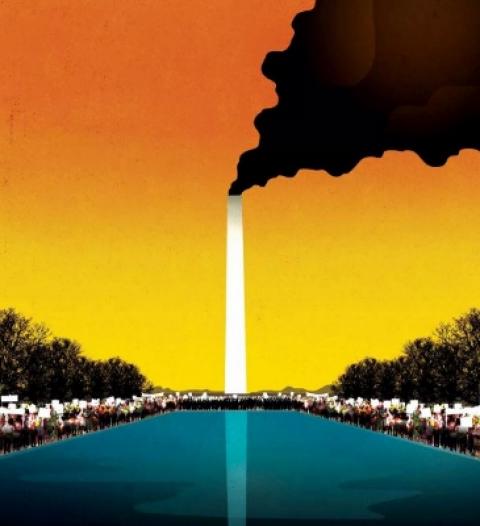 image credit: The Nation, .
On April 29, We March for the Future
By Bill McKibben
April 18, 2017
The Nation
It is hard to avoid hyperbole when you talk about global warming. It is, after all, the biggest thing humans have ever done, and by a very large margin. In the past year, we've decimated the Great Barrier Reef, which is the largest living structure on Earth. In the drought-stricken territories around the Sahara, we've helped kick off what The New York Times called "one of the biggest humanitarian disasters since World War II." We've melted ice at the poles at a record pace, because our emissions trap extra heat from the sun that's equivalent to 400,000 Hiroshima-size explosions a day. Which is why, just maybe, you should come to Washington, DC, on April 29 for a series of big climate protests that will mark the 100th day of Trumptime. Maybe the biggest thing ever is worth a day.
Here's the truth about these protests: People started planning them more than a year ago, when the pollsters confidently predicted that Hillary Clinton would occupy the White House. Trump still seemed an outlier. Men like Scott Pruitt and Rex Tillerson were still safely back in Oklahoma and Texas instead of heading the Environmental Protection Agency and the State Department. The Interior Department hadn't yet changed its home-page picture from a photo of a family camping to an 80-foot seam of coal. No one was talking about shutting down our climate satellites.
And yet we still knew we would need to march. Because global warming isn't really Trump's fault. Yes, he's a uniquely disgusting person, and yes, he was elected at the worst possible moment, just as humanity was starting to build a tiny bit of momentum in the fight against climate change. And yes, he's mounting an all-out defense of the archaic fossil-fuel industry. There's no question he's the enemy right now.
But the carbon that melted the ice caps? That's from the Eisenhower years and the Carter administration and the Reagan era-not to mention the Deng Xiaoping regime and the Brezhnev Politburo. The Great Barrier Reef would have died in a Bernie Sanders administration. Barack Obama was president during the three hottest years in history, and during his administration, the United States passed Russia and Saudi Arabia to become the largest producer of hydrocarbons on earth. So these marches and protests-though fully a part of the emerging resistance-aren't just about Trump.

Trump has pissed people off, and pissed-off people don't ask for small and easy progress.

We need enough people in the streets, now and in the months ahead, to make sure that every politician who's not a Trumpist understands where the center of gravity now lies. It's not with the straddling politics of the past, where you could be for both solar and fracking, for new pipelines and new panels. Trump has pissed people off, and pissed-off people don't ask for small and easy progress. They demand the shifts that reality requires. In this case, winning slowly is the same as losing, so we don't want to substitute one for the other. We want to win, so that we have a planet left to live on.
Trump is either the end of the fight for a working planet Earth - or the moment when that fight turns truly serious. That choice is not up to him. It's up to the rest of us. See you in DC.
[Bill McKibben is the author of 15 books, most recently Oil and Honey: The Education of an Unlikely Activist. A scholar in residence at Middlebury College, he is the co-founder of 350.org, the largest global grassroots organizing campaign on climate change.]

Share this article on
All the details you want to know for the Peoples Climate March!
By Duncan Meisel
April 20, 2017
Medium 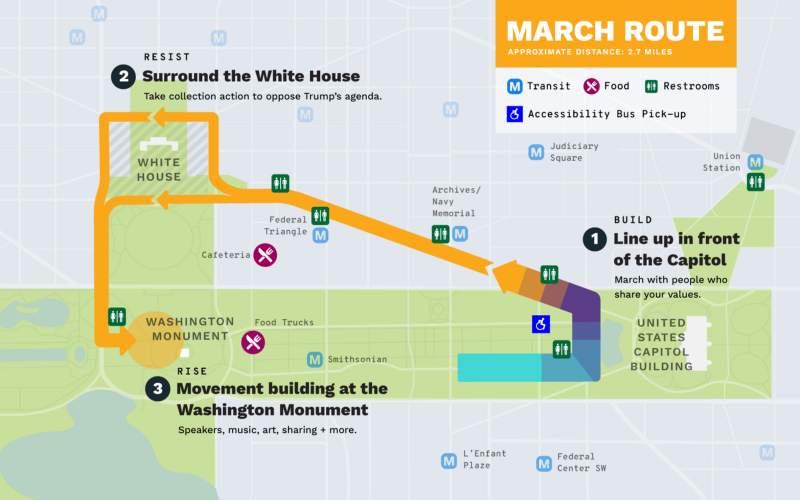 In just a few short days the Peoples Climate March will be surrounding Trump’s White House in the name of jobs, justice and climate action. Between now and then the Administration may decide whether to pull out of the historic Paris climate agreement.

Trump promised to withdraw from the agreement on the campaign trail — but massive resistance has forced him to reverse his position on other promises before, and it will again. Especially when we show him what the peoples’ movement for climate justice looks like.

We’ve made a logistics page with everything you need to know to have a safe, successful and beautiful march on April 29th in DC. Click here for the full details.

Here are the key things to keep in mind: 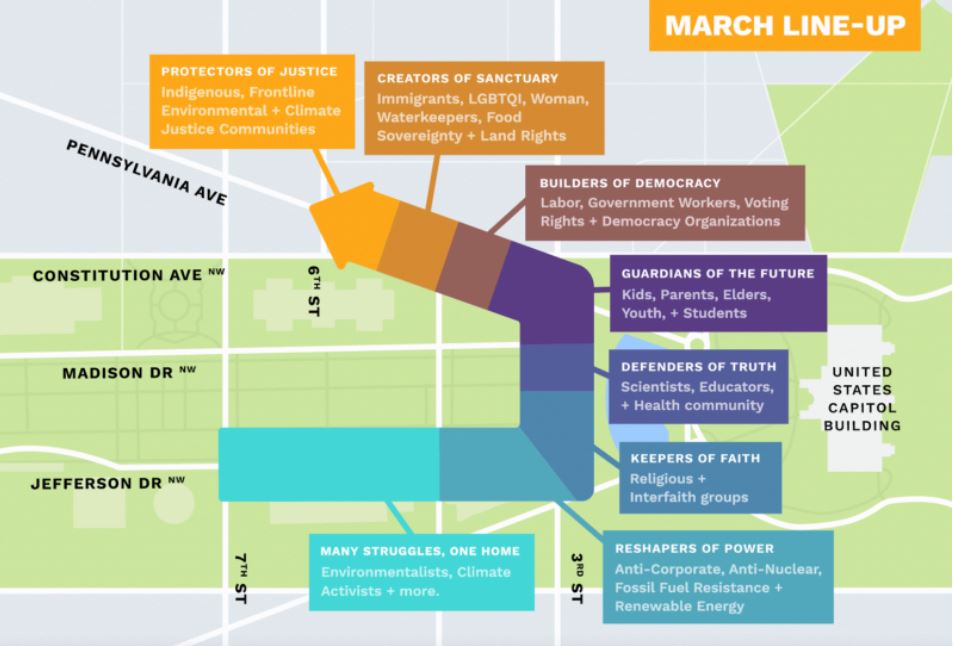 Visit the logistics page for a full schedule of events on the day of the march.

Visit the logistics page for all the details.

All this and more is available on the logistics page. If you have other questions, please check the FAQs as well.

The bottom line is this: There are few things more uplifting in troubled times than being with community raising our voices together for the world we want to see.

After you have all the details you need, make sure your friends are there standing beside you. Click here to share the march with your friends on Facebook.