During the election Donald Trump made his pitch to black and Latino voters: “What do you have to lose?” Six months into his presidency, Trump is giving a very clear answer: quite a lot, actually. During the campaign Trump was clear about his commitments to rolling back racial justice and civil rights gains, fashioning his campaign on a “tough on crime” and “law and order” platform that many racial minorities recognized as a dog whistle for racist policies.

August 3, 2017 German Lopez; Andrew Prokop Vox
Printer friendly
Trump Asked What Minority Americans Have to Lose by Voting for Him. We Now Have a Clear Answer. Published August 3, 2017

This is turning out exactly as many people feared.

A little less than a year ago, then-candidate Donald Trump made his pitch to black and Latino voters: “What do you have to lose?”

More than six months into his presidency, Trump is giving a very clear answer to that question: quite a lot, actually.

Most recently, the New York Times reported that Trump’s Justice Department is reportedly setting up a team to potentially investigate and sue universities whose affirmative action policies supposedly discriminate against students based on their race. If this leads to schools pulling back affirmative action programs, this will likely hurt both black and Latino students. The research shows that, at least in some states, black and Latino people — who are already generally underrepresented in universities — see their representation further decline if affirmative action is banned.

But this is only the latest thing the Trump administration has done to pull back racial justice and civil rights gains. Here are a few other examples:

When you put this all together, a picture emerges of a Trump administration that is very actively working to roll back the racial justice and civil rights gains of the past several years and, particularly with voting rights and affirmative action, decades.

But here’s the thing: None of this should really be surprising to anyone. This is what Trump ran on, and a large reason his base supported him.

This is what Trump ran on

On the campaign trail, Trump was clear about his commitments to rolling back racial justice and civil rights gains, fashioning his campaign on a “tough on crime” and “law and order” platform that many racial minorities recognized as a dog whistle for racist policies.

For example, Trump advocated for raising mandatory minimum sentences for drug offenses in response to the opioid epidemic. He said police should be far more aggressive than they are today, particularly by using the controversial “stop and frisk” strategy that a court struck down in New York City because it was used to target minority Americans. And he suggested that Black Lives Matter protesters may need to be investigated by the Department of Justice.

Trump also consistently spoke out against “political correctness,” while making several racist and bigoted comments on the campaign trail. He proposed banning Muslims, an entire religious group, from entering the US. He argued that a federal judge overseeing the Trump University lawsuit should be disqualified because of his Mexican heritage. He regularly retweeted white supremacists and neo-Nazis. He called Elizabeth Warren, a sitting US senator, “Pocahontas.”

Much of this spoke to many rural white Americans’ sense that the civil rights and racial justice advances of the past few years have left them behind.

Arlie Hochschild, a sociologist and author of Strangers in Their Own Land, provided an apt analogy for how many white Americans feel: As they see it, they’re all in a line toward a hill with prosperity at the top. But over the past few years, globalization and income stagnation have caused the line to stop moving. And from their perspective, other groups — black and brown Americans, women — are now cutting in the line, because they’re getting new (and more equal) opportunities through new anti-discrimination laws and policies like affirmative action. 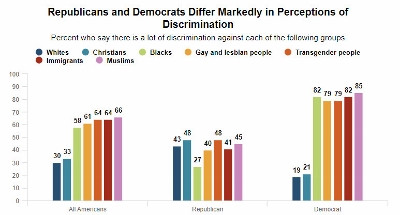 Never mind that there is a plethora of evidence that, in fact, racial minorities have it much worse in America. A recent study, for example, found that people are more likely to see black men as larger and more threatening than white men, even if the black men are not actually larger. And black and Latino Americans still trail white Americans in terms of wealth, income, and educational attainment.

Regardless of those facts, the view that white Americans are now the oppressed is one shared by many Trump supporters and Republicans.

So the Trump administration is now rolling back some of the progressive advances on race of the past few years — in order to, from its perspective, level the playing field. The reality is it will further tilt the playing field against black and Latino Americans.

[German Lopez is a Senior Reporter at Vox.]

As Trump Takes Aim at Affirmative Action, Let’s Remember How Jared Kushner Got Into Harvard

A lot of money, and two US senators, were involved. 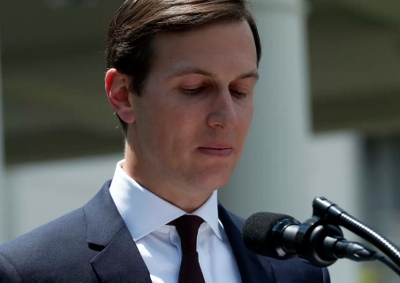 Any shift in priorities hasn’t been finalized or announced yet, so it’s unclear where this policy will end up or how specifically it will be implemented. Still, in conversations and debates over just who gets the biggest leg up in university admissions, the tale of how senior White House adviser and Trump son-in-law Jared Kushner got into Harvard is an instructive one.

Of course few will be surprised that Kushner’s father, Charles Kushner, a wealthy and connected developer and political donor, helped him get in. But the details of just how that happened, described in Daniel Golden’s thoroughly reported 2007 book The Price of Admission, remain remarkable to this day.

What Golden found, essentially, was that Jared’s father handed Harvard (a school he did not attend) a big pile of money just as Jared was starting to apply to colleges. Around the same time, Jared’s dad got his US senator to contact another US senator to arrange a chat with Harvard’s dean of admissions.

Happily for the Kushner family, Jared was then admitted. But several officials at Jared’s high school outright told Golden that they found the choice puzzling, since his grades and academic record really didn’t seem to merit it:

In 1998, according to sources familiar with the gift, the New York University alumnus [Charles Kushner] pledged $2.5 million to Harvard, to be paid in annual installments of $250,000. ... At the time of the pledge, Kushner’s older son, Jared, was starting the college admissions process at the Frisch School, a Jewish high school in Paramus, New Jersey. A senior in 1998-99, Jared was not in the school’s highest academic track in all courses, and his test scores were below Ivy League standards. Frisch officials were surprised when he applied to Harvard — and dismayed when he was admitted.

“There was no way anybody in the administrative office of the school thought he would on the merits get into Harvard,” a former school official told me. “His GPA did not warrant it, his SAT scores did not warrant it. We thought for sure, there was no way this was going to happen. Then, lo and behold, Jared was accepted. It was a little bit disappointing because there were at the time other kids we thought should really get in on the merits, and they did not” ...

... Margot Krebs, who was director of Frisch’s college preparatory program at the time, said, “Jared was certainly not anywhere near the top of his class. He had some very strong personal qualities. He’s a very charming young man with a great deal of poise, the sort of kid you would look at him and say, ‘This is a future politician.’ It was an unusual choice for Harvard to make.”

Golden goes on to describe the role of the two senators — Frank Lautenberg of New Jersey and Ted Kennedy of Massachusetts — in getting Charles Kushner in touch with Harvard’s dean of admissions:

A source close to the family told me that New Jersey senator Frank Lautenberg, to whom Kushner and his family gave nearly $100,000 from 1992 to 2002, turned to Massachusetts senator Edward Kennedy to boost Jared’s Harvard prospects. Senator Kennedy, a Harvard alumnus whose family has been associated with the university for three generations, is said to have contacted admissions dean William Fitzsimmons, who then spoke with Kushner.

You can read more detail in Golden’s book, but overall the saga is a rather remarkable peek behind the curtain at just how the admissions process can be twisted to the benefit of the wealthy.

[Andrew Prokop is the White House correspondent for Vox.]