According to the findings of the International Food Information Council Foundation’s 12th Annual Food and Health Survey, Americans are consuming food information from more sources than ever before, yet our nutritional literacy is sorely lacking – and our health may be suffering as a result. 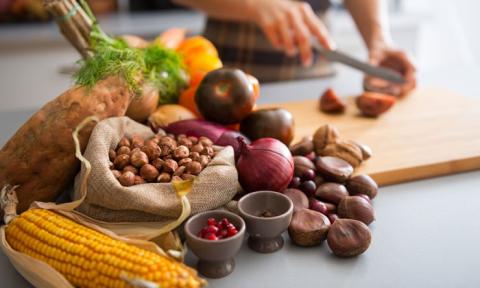 Americans are consuming food information from more sources than ever before, yet our nutritional literacy is sorely lacking – and our health may be suffering as a result. Those are among the findings of the International Food Information Council Foundation’s 12th Annual Food and Health Survey.

“As in previous years, the Food and Health Survey has shown that Americans feel overwhelmed by conflicting food and nutrition information,” said IFIC Foundation CEO Joseph Clayton. “But this year, we’re finding troubling signs that the information glut is translating into faulty decisions about our diets and health.”

“As policymakers work to revise the Nutrition Facts panel and define ‘healthy’ on food labels, it’s more crucial than ever before that we empower consumers with accurate information based on the best available science, in terms they can easily understand and put into action.”

Almost all consumers (96%) seek out health benefits from what they eat and drink (the top benefits being weight loss, cardiovascular health, energy, and digestive health), but out of those, only 45% could identify a single food or nutrient associated with those benefits.

For example, while sources of omega-3 fatty acids such as fish oil can contribute to heart health, just 12% made an association between them.

In addition, while people are interested in getting energy benefits, less than 5% could name caffeine as providing those benefits.

The ‘social network’: family and friends as nutrition advisers

So why are we confused? For one, despite their best intentions, the people we’re closest to might actually be leading us astray. In short, consumers paradoxically rely heavily on information from individuals – family and friends – for whom there is little trust.

About three-quarters of consumers (77%) say they rely on friends and family at least a little for both nutrition and food safety information, which tops other sources including health professionals, news, and the internet. But only 29% actually have high trust in family or friends as information sources, far behind sources such as Registered Dietitian Nutritionists, other health or fitness professionals, and health-related websites.

Meanwhile, six in 10 consumers (59%) rated family and friends as the top influencer on decisions about their eating patterns or diets. Personal healthcare professionals were cited by 55% of consumers, while all other sources rated only in the single digits.

The Food and Health Survey also suggests that consumers might be paying too much or making flawed decisions about nutrition because of non-health factors – or mental shortcuts – that drastically alter our perception of what is healthful.

These factors include the form of the food (fresh, frozen, canned), place of purchase (e.g. convenience store vs. natural food store), the length of the ingredient list, and price, among others – and they drive perceptions of healthfulness even between two foods with identical nutrition information.

For years, some influencers have driven home messages conflating nutrition with non-health values, and now consumers are paying the price – literally, or at the expense of other desired factors such as convenience or shelf life.

As people age, their nutrition needs and dietary preferences change. But few have examined the shopping habits and eating patterns of Americans ages 50-plus – the country’s fastest-growing demographic.

That’s why the IFIC Foundation, in collaboration with AARP Foundation, conducted an oversample of respondents ages 50–80 for the 2017 Food and Health Survey to help uncover insights into the diets and health of older Americans.

Compared with other segments of the population, those age 50–80…

•               are more likely to be able to connect specific foods with the health benefits they seek. Of those who named a desired benefit, 49% of older Americans could associate it with a food or nutrient source, versus only 40% of younger Americans.

Meanwhile, Americans’ interest in getting weight-loss benefits from food and nutrients falls dramatically with age. Weight loss and management are far and away the most desired benefit, at 40% among those 18–34 and 38% from 35–49, but that drops to 23% from age 50–64 and 28% from 65–80.

The desire for foods and nutrients with cardiovascular benefits increases with age, from 11% ages 35–49 to 23 percent ages 50–64.

•               If Americans had an extra four hours per week, 46% would use that time to be physically active. That number is virtually tied with those who would spend more time with friends and family, while other priorities trail far behind

•               Many Americans are overestimating their health status: While 59% say their health is very good or excellent, one-third of those people are either overweight or obese

•               About one in five (19%) of Americans say they occasionally read scientific studies for information about what to eat and what to avoid. That’s slightly more than news articles or headlines (17%) and also ahead of sources such as health or fitness professionals on TV or social media, bloggers, food companies, and government agencies

The results are derived from an online survey of 1,002 Americans ages 18–80, conducted 10th–29th March 2017. Results were weighted to ensure that they are reflective of the American population, as seen in the 2016 Current Population Survey.  Specifically, they were weighted by age, education, gender, race/ethnicity, and region. The survey was conducted by Greenwald & Associates, using ResearchNow’s consumer panel.