labor An Injury to One is an Injury to All? U.S. Labour’s Divergent Reactions to Trump

The salvation of unions resides in joining with allies to fight the coming Trump onslaught – and then to go beyond that to define a bold, unapologetic vision of society and economy, one that inspires millions of workers to engage and take action. 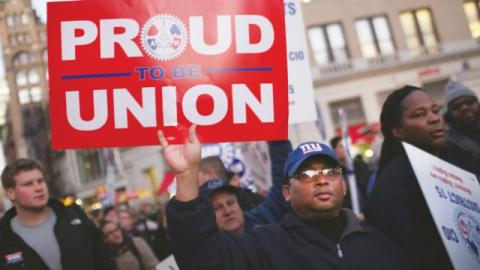