Dolores Huerta has contributed to movements for union rights and social justice since the of the United Farm Workers (UFW). Working with Cesar Chavez, Philip Vera Cruz and others, she helped found what became the UFW. Today, now 86, she works in supporting union democracy, civic engagement and empowerment of women and youth in disadvantaged communities. The UFW changed the nature of labor organizing in the Southwest contributing to the growth of Latino politics in the US 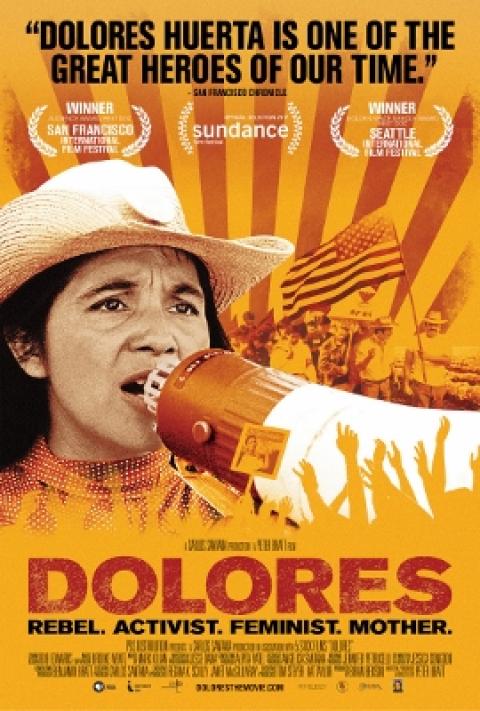 After premiering at Sundance earlier this year, the new Dolores Huerta documentary will begin to hit theaters on September 1. The production team released the trailer this week and from the looks of it, Dolores is definitely a movie to see. 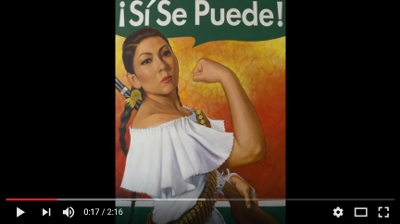 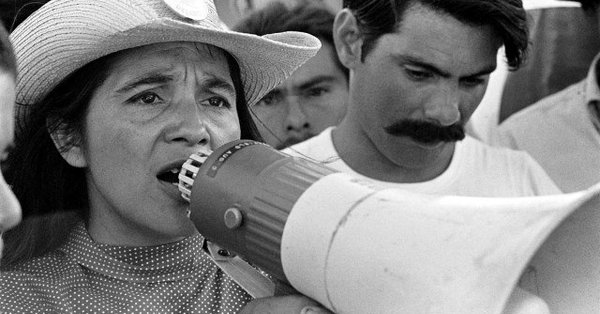 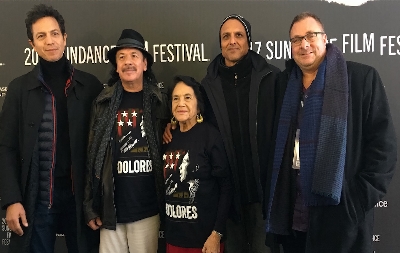 Met with applause, roses and a standing ovation, the documentary Dolores, directed by Peter Bratt and executive produced by music legend Carlos Santana, made its world premiere at the 2017 Sundance Film Festival opening weekend.

“This is the most beautiful song I’ve ever written,” Santana told the audience about the film.

“That’s why they call it HIS-tory, history, right? Because the women’s movement per se has been much written out of history and we would hope that would change some day,” the 86-year-old Huerta told Latino USA. “Hopefully, we’ll have a better educational system where women’s contributions to history can be told… ethnic studies, labor studies and all the contributions of all the people that are kind of marginalized, will be included in our history books.” 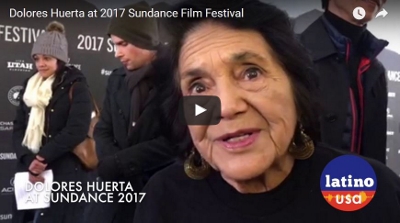 Dolores aims to restore a piece of erased contemporary history, integrating Huerta into the Civil Rights Era narrative as the non-violent Chicana matriarch who worked relentlessly alongside Chávez to fight against the exploitation of farm workers through strikes, boycotts, voter drives, union bargaining and national policy changes. She did this all while unconventionally raising 11 children from two marriages and a relationship with Chávez’s brother, Richard Chávez.

“Whether you are Mexicano, or Peruano like our family, or Salvadoran, or Dominican, I think Dolores, she holds a mantle that speaks for so many of us,” said the San Francisco-based director Bratt, whose single indigenous Peruvian-Quechua mother marched with Huerta and Chávez in the early 1970s. “And I know our family and me as a child and in my later years, she had a personal impact in my self image.” 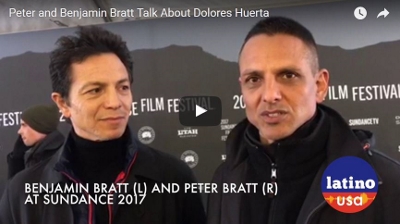 The documentary uses rare archival footage, empowerment speeches and provocative news interviews to depict Huerta’s political career: from her earlier years organizing in Stockton, California, to her politically-charged organizational relationship with Chávez. It also explores other milestones in Huerta’s life, like her alliance with former New York senator Robert Kennedy prior to his assassination, her near-death experience after a police beating that left her hospitalized, the Delano grape strike and the controversy of her stepping down from a leadership role after Chávez’s death. The film even goes on to vindicate Huerta by correcting that “Sí se puede” (Yes We Can) was a term Huerta originated and not Chávez. 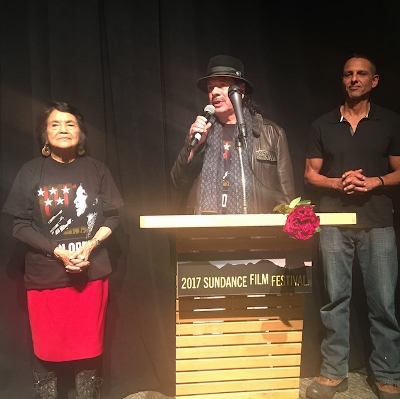 With interviews from advocates, academics and iconic social justice figures, such as Angela Davis and Luis Valdez, the film provides a broader context of the Civil Right Era, including the Black Power Movement, the Feminist Movement and the initial collaboration of the Filipino farm worker strike, also often left out of historical context. Yet despite the history lessons, director Bratt chose to delve deeper into Huerta’s personal life.

“As a storyteller, my job was to stay with the heroine on her political evolution. I didn’t necessarily reach out to all the farm workers. I wanted to talk to her comadres, talk to her children,” said Bratt.

Huerta’s children interviewed in the documentary are seen emotionally breaking down when they recollect growing up with Huerta. They recall her absence for extended periods of time, which led to a lack of household stability, but it also developed a prominent sense of life purpose as adults.

In her uncategorized feminism, Huerta said in the film that she had 11 children because she believed every relationship should bear children. It wasn’t until she reluctantly participated in the Feminist Movement that she concluded the only way a woman could control her life is by deciding how many children she wants.

Aside from highlighting Huerta as a labor rights leader and matriarch, the documentary also wraps Huerta in a historical and cultural indigenous identity.

“We’re at a point now in this country where we are so far removed now from the shame that we learned in the beginning of our life, that we can stand now together and celebrate not only those differences, but more important, the similarities we share in that cultural identity,” said actor Benjamin Bratt, Peter Bratt’s brother, who worked as a consulting producer on the documentary.

Dolores was categorized under the Native American/Indigenous Sundance film category.