books A Novelist Revisits a Deadly Textile Union Strike From 1929

A novel set in the context of the historic Gastonia strike of textile workers in 1929 and featuring labor songwriter and indigenous strike leader Ella May Wiggins, the book, based as it is on an actual struggle uniting black and white workers, speaks to contemporary concerns through a vivid portrayal of struggle against historical injustice. 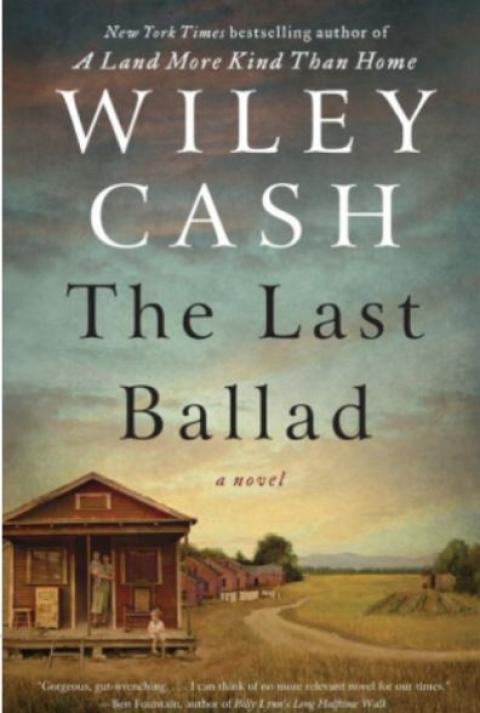 In 1929, the National Textile Workers Union tried to gain a Southern stronghold, beginning with the Loray Mill in Gastonia, N.C. Many workers, pushed to near impossible production while fearing loss of pay or, worse, "an arm or a hand or a finger or three," joined the union. The mill owners refused to negotiate and most of the 1,800 strikers reluctantly returned to work.

When armed citizen deputies and police officers entered the tent village of the holdouts, shots were fired. Gastonia's police chief was killed. The events of this summer of struggle are recovered in Wiley Cash's vigorous third novel, "The Last Ballad." The book begins with a newspaper ad, calling on every citizen to "do his duty" against the strike, which has been organized by "Communists" and "Bolshevists" who "do not believe in our God, our Constitution or our government" and are ready to "kill, kill, kill."

Ella May Wiggins is trying to keep four children alive on $9 a week. As Cash portrays her, "with lint hung up in her throat and lungs like tar," Ella is a tough 28, a skilled spinner at American Mill No. 2, owned by the Goldberg brothers, who are considered "white but not American" and are tolerated by locals as long as their workers are treated as poorly as those at other mills. The employees at No. 2 may even make a little less, since it is the rare mill with an integrated work force. Housing remains segregated, though Ella heads the one white family living in Stumptown, the black residential neighborhood.

Cash's Ella is based on the union organizer and balladeer of the same name, though her story certainly wasn't taught in any North Carolina schools this reviewer attended. She was a known folk hero to some: Alan Lomax published her ballads and Pete Seeger recorded them. Now Wiley Cash has given her a powerful book that speaks to contemporary concerns through historical injustice.

Caught between caring for a sick child (one has already died of whooping cough) and missing mandatory 12-hour shifts, Ella decides to attend a rally, and causes a sensation when she sings one of her own songs, "The Mill Mother's Lament." She becomes an organizer, seeking to bring both white and black workers into the union, which doesn't go over well with many people, including some labor leaders. After a Gastonia rally, Ella's truck is run off the road, and things turn just as violent as you might expect.

Though Ella is the central figure, the story is told from alternating perspectives, including that of a black train porter, a mill owner and a mill owner's wife, who has a slightly far-fetched awakening of sympathy for working women. In the only contemporary and first-person passages, Ella's now elderly daughter fills in her nephew, and the novel's readers, on the tragic details of her mother's life.

It is in fashion to rely on factual evidence or autobiographical detail to bolster fiction, which is now considered even by some novelists to be "artificial" or "embarrassing." Leaning on the "real" can yield a mesmerizing verisimilitude, but it can also limit imagination. In the retelling of the Loray Mill strike and the courageous role of Ella May Wiggins, Cash vividly blends the archival with the imaginative. As the historian Perry Anderson has noted, good historical fiction has the ability "to waken us to history, in a time when any real sense of it has gone dead." When the willingness to suspend disbelief has taken on a new and sinister meaning, we not only need the novel of well-known history, we need the lost-to-history novel. Cash, with care and steadiness, has pulled from the wreckage of the past a lost moment of Southern progressivism. Perhaps fiction can help us bear the burden of Southern history, which is pressing down hard on us today.

[Amy Rowland is the author of a novel, "The Transcriptionist," and a lecturer at the University Center for Human Values, Princeton University.]