As Louis Celli, a top staffer for the American Legion, told the Associate Press, a merger would siphon off funds from VHA hospitals and clinics and eventually shift costs directly to veterans, through co-pay and other possible fee increases. 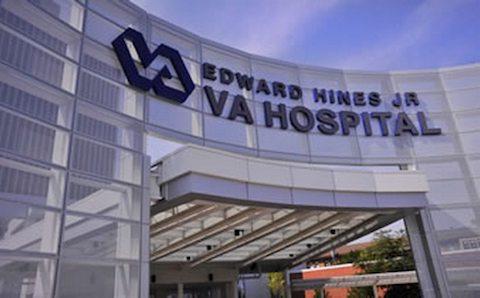 In a now familiar pattern, leading veterans organizations are up in arms again over the latest revelations about White House plans for the Veterans Health Administration (VHA)—plans that were concocted behind closed doors.

Last week, the Associated Press reported that Secretary of Veterans Affairs David Shulkin and other Trump officials have been quietly discussing ways to shift veterans, now eligible for VHA care, into Tricare, the private insurance program for active duty military personnel and their families. The administration’s Tricare discussions have been conducted without input from members of Congress or veterans groups.

Veterans’ advocacy groups have reacted with shock and anger about the prospect of a VHA merger with Tricare, which pays for private-sector health-care services. Such a move could ultimately lead to the dismantling of the VHA, which provides integrated, direct care for nine million patients at 1,700 facilities nationwide.

As Louis Celli, a top staffer for the American Legion, told the Associate Press, a merger would siphon off funds from VHA hospitals and clinics and eventually shift costs directly to veterans, through co-pay and other possible fee increases. (Tricare patients have recently started paying higher co-pays.)

Curt Cashour, a Veterans Affairs Department spokesman, called the concept a possible “game-changer” that would save taxpayers money because it is based on “the type of businesslike, common-sense approach that rarely exists in Washington.”

Recently, congressional Republicans have tried to convince veterans that the troubled Choice program should be renewed with even fewer restrictions on veterans who want to use private-sector providers—even though the program has been rocked by $2 billion in cost over-runs. (The VA Inspector General released a report in September that also revealed that the third-party contractors responsible for the Choice program had overbilled the federal government by almost $90 billion in 2017.)

The author of one such proposal is Representative Phil Roe, the Tennessee Republican who chairs the House Committee on Veterans Affairs. He has insisted that his bill, the VA Care in the Community Act, would actually strengthen veterans’ health services. Some Democrats on the House Veterans Affairs Committee, like Tim Walz of Minnesota, even co-sponsored Roe’s bill, despite the VHA privatization threats. But others, including California Democrat Mark Takano, a staunch supporter of the VHA and ally of veterans group, sought major changes in the legislation that would ensure the VHA maintains a critical role in providing direct care to veterans and coordinating any care veterans receive in the private sector with services provided by the VHA.

But with the revelations about secret meetings, Walz now believes that the real White House goal is “to force unprecedented numbers of veterans into the private sector for their care.” In response to the AP story, Walz demanded that the administration release “unredacted copies of any and all documents, records, memoranda, [and] correspondence” related to the private insurance scheme.

This latest development in the long-running Koch brothers–backed campaign to turn veterans into private-sector health-care customers should not come as a surprise. As The American Prospect has previously reported, when the Choice program was initially created in 2014 to deal with VHA appointment delays, Congress and the Obama administration also formed a VA Commission on Care to make recommendations to improve the health-care system. But health-care industry executives and allies of the Koch brothers who favored VHA privatization influenced the commission’s findings. Darin Selnick, a top official of the Koch brothers–funded Concerned Veterans for America (CVA), served on the commission and later became a senior adviser to Shulkin.

The Prospect also reported that a conservative faction on the commission known as the “Strawman group” short-circuited public deliberations about the future of the VHA by meeting in secret. Their “minority report” called for replacing the VHA with an insurance scheme like Tricare. One Strawman group member, Obama appointee Joyce Johnson, is a top Coast Guard official who helped to move the Coast Guard into Tricare.

Secretary Shulkin’s secretive approach raises new questions about how he intends to run the agency. Last winter, the VHA’s defenders breathed a collective sigh of relief when Trump decided to keep Shulkin (who served as the VHA undersecretary for health under former President Obama) in his cabinet. (The other leading contenders for the job, Pete Hegseth, former CEO of the CVA, and Florida Republican Jeff Miller, the former chairman of the House Committee on Veterans Affairs, had both publicly supported VHA privatization.) His credibility among veterans may take a big hit if he continues to speak out against privatization while working behind the scenes to steer the VHA in that very direction.