Re: The Victory in Alabama - Black Voters Crucial - How Roy Moore Was Defeated (four perspectives)

I wouldn't hold my breath for the Democratic Party to thank  black voters for bringing  more than a little sanity to the situation in Alabama so I'll do it for them, thank you, my friends, thank you very much, Mike Liston  P.S: I'm just an old Alaskan white guy but here in China, I often tell my students that if not for Black American influence in American music, fashion, language and god knows what else-the list is long-there wouldn't be a whole hell of a lot of US culture left of much interest especially to the young Chinese, again, thanks

Your analysis is important but  incomplete.  If you do the numbers, what really made the final difference were the write-in votes.

Assuming that they were Republican voters who could not bring themselves to vote for Moore, which seems reasonable,
they saved the election for Doug Jones.   Had they voted for Moore, he would have won in spite of the big Black vote for Jones.
The conclusion I draw from this analysis is Democrats in red states need both a big minority vote --and Republican defections-- to win. 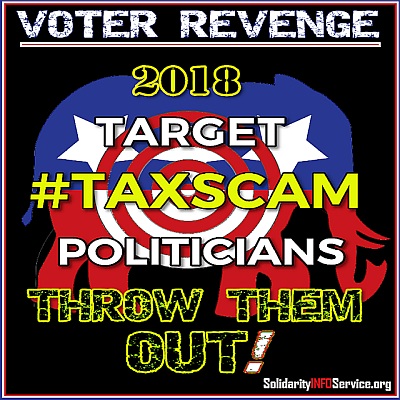 Nobody Is above the Law — Mueller Firing Rapid Response 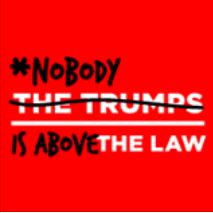 Donald Trump is publicly considering firing special counsel Robert Mueller, the person leading the Department of Justice investigation of possible illegal actions by Donald Trump and members of his presidential campaign, and the efforts to conceal those activities.

This would be a constitutional crisis for our country. It would demand an immediate and unequivocal response to show that we will not tolerate abuse of power from Donald Trump.

Our response in the minutes and hours following a power grab will dictate what happens next, and whether Congress—the only body with the constitutional power and obligation to rein Trump in from his rampage—will do anything to stand up to him.

That's why we're preparing to hold emergency "Nobody is Above the Law" rallies around the country in the event they are needed. 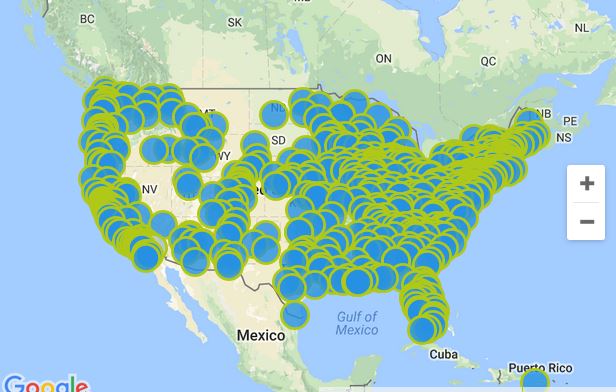 Use the map or search below by ZIP code to find an event near you, or create one if none exists.

Rallies will begin hours after news breaks of a Mueller firing:

**This is the general plan—please confirm details on your event page, as individual hosts may tailor their events to their local plan. [Click here for local event information. https://act.moveon.org/event/mueller-firing-rapid-response-events/searc… ]

This is our moment to stand up to protect our democracy. Let's mobilize to show that we won't let Donald Trump become the authoritarian that he aspires to be. The law applies to all of us, and it's essential that it also applies to the most powerful people in our country.

Use the search tool to find an event near you, or create one if none exists.

If you choose to attend an event, you agree to engage in nonviolent, peaceful action, to act lawfully, and to strive to de-escalate any potential confrontations with those who may disagree with our values.

MoveOn.org Civic Action is a 501(c)(4) organization which primarily focuses on nonpartisan education and advocacy on important national issues.

Re: Police Shoot More Than Twice as Many Americans as Previously Understood

Twenty percent of the people police shot were unarmed. That’s quadruple the unarmed rate the Washington Post found for the country as a whole in fatal incidents.

Black people were shot more often and at higher rates than people of any other race. Police shot at least 1,664 black people from 2010 through 2016, 55 percent of the total and more than double the share of the black population in these communities. That’s a 28 percent higher rate than what the Washington Post found for fatal shootings in the same communities.

Black subjects shot by police were more likely to be shot during incidents that began with routine traffic or pedestrian stops.

Yet and still, we ALL have facebook "friends" who pick-apart and anecdotalize EVERY SINGLE POLICE KILLING and somehow find the victim guilty.

On our facebook walls. In groups. In every day life. At work, over lunch.

America, we have a problem.

Of course they feel entitled to kill more often, now that they have a blanched-card from the racist buffoon in chief.

Re: 7 Words You Can't Say at Trump's CDC

“It’s absurd and Orwellian, it’s stupid and Orwellian, but they are not saying to not use the words in reports or articles or scientific publications or anything else the C.D.C. does,” the former official said. “They’re saying not to use it in your request for money because it will hurt you. It’s not about censoring what C.D.C. can say to the American public. It’s about a budget strategy to get funded.”

"71% of our elected officials are men. And they don't know sh*t about birth control." -- @sophiabush 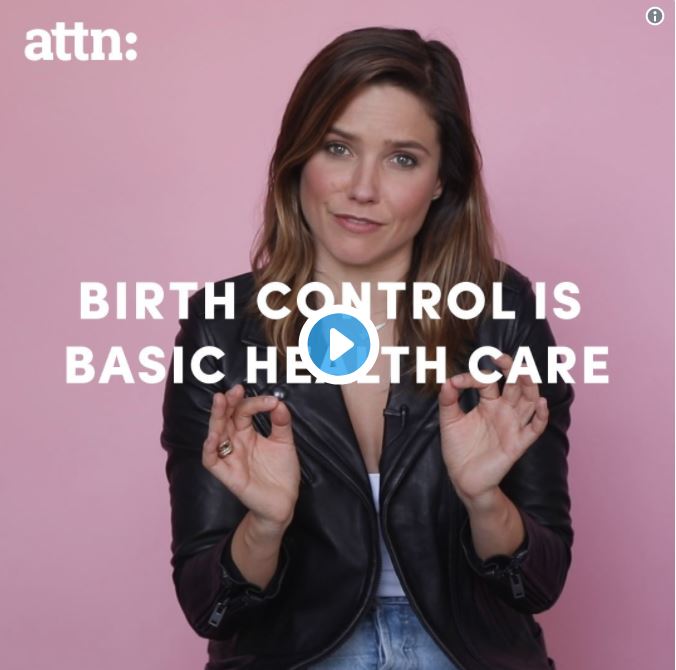 Re: Tax Bill’s Cost Could Hit $2.2 Trillion Over Next Decade

Since all revenue cuts mean either decrease in spending or increase in debt, let's think in terms of services likely to be lost when the past anti-deficit cries of those promoting the tax bill return to them.  (The anti-deficit cries have in the meantime been kept alive by those arguing against the bill!).

I'd be glad to see some "services" lost (such as the wars), with those being paid for those services transferred to employment in constructive occupations.

But what of services such as the social services to the people unable to pay for the basic services they need (medical, housing, etc.)?  There is sure to be more need for them as a result of the greater inequality in wealth and decision-making power assured by this tax measure.

Let's talk in terms of services to be protected and expanded, and people's needs and the deficit in housing, nutrition, health, education.  That's the only language worth talking now.

The internet was the one place with a somewhat level playing field. Once you have a connection, all web sites and searches are given the same speed and access.Trump's idiotic FCC repealed Net Neutrality rules put in place by Obama, giving power to the ISPs. 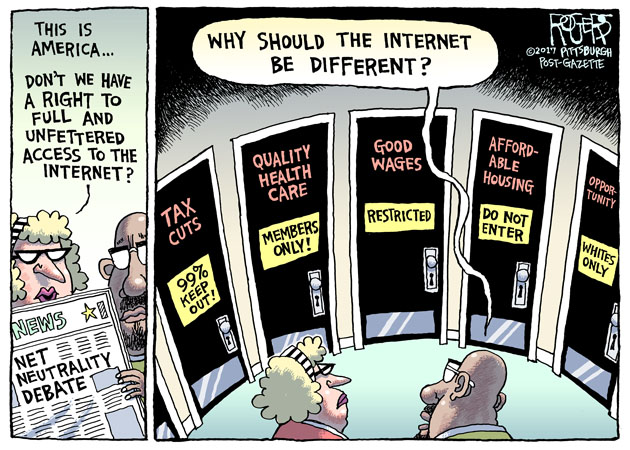 And why would I want to eat at any place that steals server tips?

Tips are for good service in an industry that does not pay a living wage.

Trump is a thief 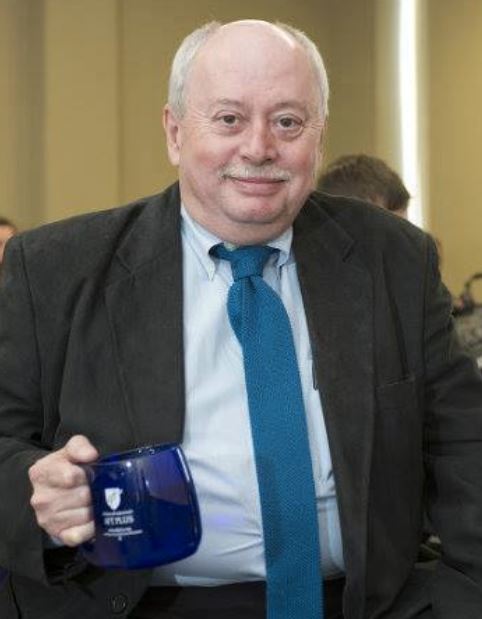 Bill Pelz, a well-known socialist activist and prolific scholar in the field of European and comparative Labor History died at the age of 66 in Chicago on Sunday, December 10, 2017, following a heart attack.  Bill was born into a working class family on the South Side of Chicago. After graduation from high school he became a bus driver, "but later lowered my expectations and became an academic historian".  An SDS member for a brief time before its demise, he joined the Chicago branch of the International Socialists (IS) at the beginning of the 1970s and soon became one of the best known leaders of the Left in Chicago.  He was an early member of the Red Rose Collective, along with historians Mark Lause and David Roediger, and later a long-time member of the New World Resource Center.  Both were radical Chicago book shops and important local organizing and information centers. He helped organize Chicago's first Rock Against Racism concert, and later joined Solidarity, served as International Secretary for the Socialist Party USA, and was the Chicago Political Education Office for the Democratic Socialists of American (DSA).

Bill became a Chicago-based academic scholar and professor of history and political science, first at Roosevelt University; then DePaul University, where he was Director of Social Science Programs; and for the last 20 years a popular and award-winning faculty member at Elgin Community College. He received a history PhD from Northern Illinois University, where he studied with Marxist Historians Meg and C.H. George, completing a dissertation on the German Revolution and the Spartakusbund.  He founded and led the Institute of Working Class History, co-founded the International Association for the Study of Strikes and Social Conflicts, and helped edit the Encyclopedia of the European Left.  Bill also served on the board of the Illinois Labor History Society, which oversees the Haymarket Memorial and the Haymarket Martyrs' Monument.

As a scholar Bill produced many books and articles, including A People's History of Modern Europe (2016), Karl Marx: A World To Win (2011), Against Capitalism: the European Left on the March (2007), The Spartakusbund and the German Working Class Movement (1989), and Wilhelm Liebknecht and Germany Social Democracy: A Documentary History (2016). Also of note, Bill edited the Eugene V. Debs Reader (2000) (2007), with an introduction by Howard Zinn.  For many years Bill published film reviews in Film & History: An Interdisciplinary Journal of Film and Television Studies.  At the time of his death A People's History of the German Revolution had been completed for Pluto Press.  He also served on the editorial board for The Complete Works of Rosa Luxemburg, and co-edited a forthcoming volume in that series.

Generations of workers, students, and leftists in Chicago looked to Bill for inspiration, good humor, generous friendship, and political curiosity.  The international academic community widely admired his commitment to revolutionary principles, and in that milieu he was known as a careful, serious, and rigorous historian.  He will be sorely missed.  He is survived by his wife, Dr. Adrienne Butler.  A memorial service for Bill will be held in Chicago in January 2018.

The Oscar Grant Foundation is hosting the 9th Annual Oscar Grant Vigil "Speak Up and Judge Fairly" on January 1, 2018 from 12 p.m. - 4 p.m. at the Fruitvale Bart Station.

The Oscar Grant Foundation (OGF) was established on August 13, 2010, as a Nonprofit Public Benefit Corporation.  It was organized after the criminal trial and subsequent conviction of former B.A.R.T. Police Officer Johannes Mehserle for the January 1, 2009 unlawful killing of Oscar Julius Grant III.  Oscar's mother, Rev. Wanda R. Johnson, now heads the Foundation, and its mission is to help bridge the gap of distrust between individuals in at-risk communities and law enforcement. 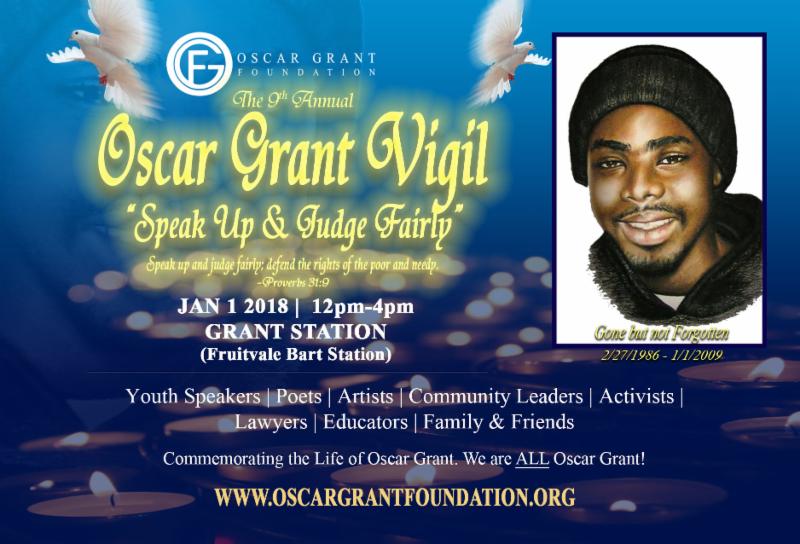 Join us at the Conference on U.S. Foreign Military Bases - Baltimore -  January 12-14

Peace, justice and environmental organizations in the United States are collectively organizing a 3-day national conference on U.S. Foreign Military Bases on January 12-14, 2018, at the University of Baltimore, Maryland. 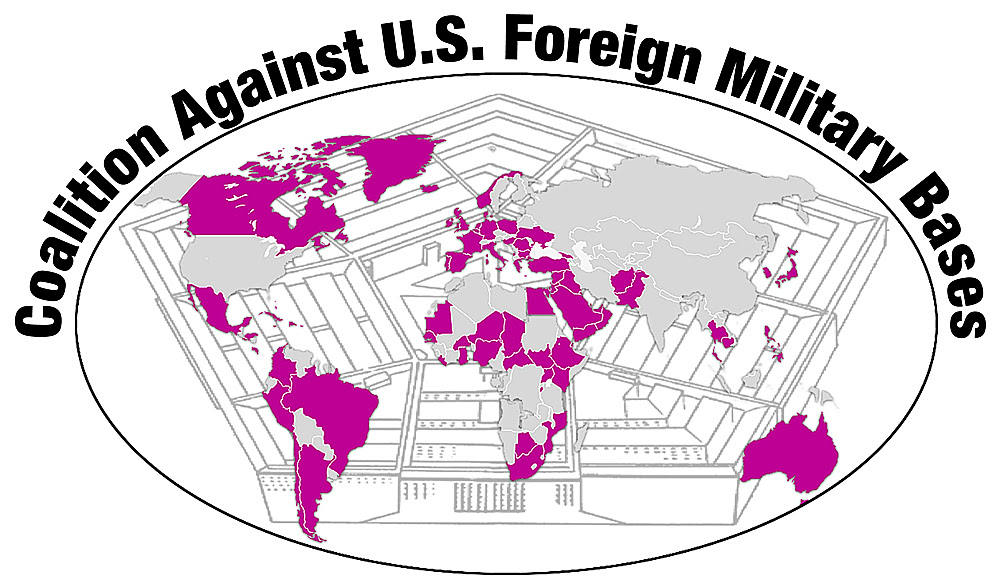 You can join and support this Conference by: