Dozens of Israeli Teens: 'We Refuse to Enlist Out of a Commitment to Peace'

Sixty-three Israeli teenagers have published an open letter to Prime Minister Netanyahu on Thursday, declaring their refusal to join the Israeli army due to their opposition to the occupation. The group calls itself the "2017 Seniors' Letter," continuing a long tradition of similar letters sent by high school seniors announcing their refusal to join the army, dating back to 1970

January 4, 2018 Haggai Matar +972 Magazine
Printer friendly
Dozens of Israeli Teens: 'We Refuse to Enlist Out of a Commitment to Peace' Published January 4, 2018 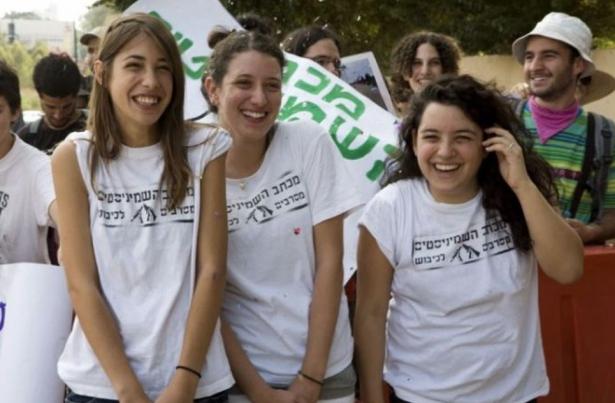 These are amongst the growing ranks of Israeli conscientious objectors. Among these then teenagers is Omer Goldman Granot, a member of the Shministim, who became famous for being the daughter of Naftali Granot, former deputy to Mossad's chief Meir Dagan.,Photo credit: Daily Forward

“The army carries out a racist government policy that enforces one legal system for Israelis and another for Palestinian in the same territory,” they write. “Therefore, we have decided not to take any part in the occupation and oppression of the Palestinian people… for as long as people live under an occupation that denies their human rights and national rights – we cannot have peace.”

The group calls itself the “2017 Seniors’ Letter,” continuing a long tradition of similar letters sent by high school seniors announcing their refusal to join the army, dating back to 1970 (the writer of this text was a signatory of the 2001 letter). Members of the group have stated they are willing to be imprisoned for their conscientious objection; one of them, Matan Helman, is already serving a prison sentence. The teens have also stated they will be traveling the country, speaking to others their age, challenging them to rethink their positions on military service and inviting them to join the movement.

The Israeli army does not recognize the right to conscientiously object to the draft based on rejection of the occupation. It does, however, allow for objection based solely on pacifism and the rejection of allforms of violence. These young refusers, therefore, are likely to be denied exemptions, and sent to repeated prison sentences of two to four weeks each, as has been the case with other conscientious objectors in recent years.

Share this article on
‘Testimonies of former soldiers teach us that the reality of occupation does not allow one to make a difference from within. The power to change reality does not lay with the single soldier — but with the system as a whole.’

In their letter, the young refusers list the occupation, the siege on Gaza, settlements, and violence toward Palestinians as the main reasons for the decision. However, they also mention the ongoing effects of militarism on the Israeli society, enshrining violent solutions instead of peace as a central value, and the effect the occupation has on strengthening Israeli capitalism and dependence on American military aid.

[Haggai Matar is an Israeli journalist and political activist.

Matar is the executive director of “972 – Advancement of Citizen Journalism,” the nonprofit that publishes +972 Magazine. He previously served as co-founding editor of Local Call, the Hebrew-language news site co-published with Just vision. Read his Hebrew blog on Local Call.]