“The Catholic bishops of the United States have long and consistently supported the right of workers to organize for purposes of collective bargaining,” a U.S. Conference of Catholic Bishops says.brief says. “Because this right is substantially weakened by so-called ‘right-to-work’ laws, many bishops - in their dioceses, through their state conferences, and through their national conference - have opposed or cast doubt on such laws, and no U.S. bishop has expressed support for them.” 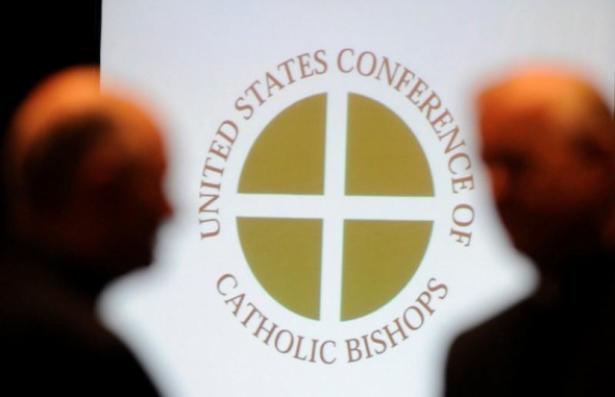 The fact that the U.S. bishops wrote an amicus brief in January supporting labor unions in their battle to avoid a “right-to-work” environment in the public sector was the talk at the Feb. 3 annual meeting of the Catholic Labor Network.

The friend-of-the-court brief, filed by Anthony Picarello, general counsel and associate general secretary at the U.S. Conference of Catholic Bishops, draws on more than 70 years of documented support for labor.

“The bishops have been against the policy of right-to-work since Taft-Hartley in the 1940s,” said Michael O’Rourke, a USCCB domestic policy adviser during the meeting, held Feb. 3 in conjunction with the Catholic Social Ministry Gathering.

In tallying individual bishops’ stances over three generations, they found “the overwhelming (majority) being negative, a small minority being neutral, and not one statement by a bishop favoring right-to-work policies,” O’Rourke said. “It’s important to know where the bishops have been for the past 70 years,” he added, noting that all bishops, regardless of the specific policy at issue, “come out in support of labor.”

Right-to-work is shorthand for a worker not paying union dues as a condition of employment, even though the union is obligated to represent him at the bargaining table and for grievances and other labor-management disputes. In the private sector, right-to-work is the law of the land in a majority of states, but it applies only to the private sector.

In the public sector, though, membership is compelled; in the absence of that, workers must pay an “agency fee” to cover the cost of union representation.

A new Supreme Court case, Janus v. AFSCME, could permit right-to-work in the public sector. The court is scheduled to hear oral arguments in the case Feb. 26.

The union - the American Federation of State, County and Municipal Employees, Council 31 - is being challenged by the state of Illinois over its right to collect money from nonmembers for collective bargaining. The lead plaintiff is Mark Janus, an employee of the Illinois Department of Healthcare and Family Services.

Two years ago, Friedrichs v. California Teachers Association came before the high court. Union supporters, noting the justices’ ideological leanings, expected to lose. But Justice Antonin Scalia died before the case could be decided, and the result was a 4-4 tie. The Janus case renews the argument on dues made in that case.

“The Catholic bishops of the United States have long and consistently supported the right of workers to organize for purposes of collective bargaining,” the USCCB brief says. “Because this right is substantially weakened by so-called ‘right-to-work’ laws, many bishops - in their dioceses, through their state conferences, and through their national conference - have opposed or cast doubt on such laws, and no U.S. bishop has expressed support for them.”

“Petitioner’s proposed rationale for this dramatic move appears designed to lay the foundation for a still more dramatic one: constitutionalizing, in a subsequent case, the ‘right-to-work’ rule in the private sector as well,” the brief adds.

The USCCB brief cited the prominent Supreme Court decisions of Roe v. Wade on abortion, and Obergfell v. Hodges on same-sex marriage, as reason to deny Janus relief - saying a ruling against unions would be as widespread as the result of those landmark decisions, which, respectively, legalized abortion and same-sex marriage nationwide. The right-to-work side lost at the Illinois Supreme Court level.

The high court “should leave constitutional space for the public policy position supported for so long by so many bishops and bishop-led institutions, rather than declare still another such position outside the bounds of what policymakers are permitted to implement by law,” it said. “By its decision in this case, the court should not only preserve that room for debate as to the public-sector context now, but avoid any threats to it in the private-sector context in the future.”

The brief noted that church advocacy for workers’ rights began with Pope Leo XIII’s 1891 encyclical Rerum Novarum, which ushered in the era of Catholic social teaching.

Without union security clauses, which would be made illegal in the Janus case, “unions face a ‘free rider’ problem that dramatically weakens them and, in turn, their bargaining power on behalf of workers, as experience in ‘right-to-work’ states to date has borne out.”

The Taft-Hartley Act of 1947 never contemplated a national right-to-work scenario, but only permitted states to enact such legislation. A repeal of this section of the law was considered in 1965 but never passed.

Monsignor George Higgins, then head of what was known as the Social Action Department at the bishops’ conference, testified that “freedom of speech” to avoid paying union dues “was too absolute and extreme, and that the requirement of financial support for the union was a legitimate limitation on such a broad freedom,” the brief says. “First, it was a necessary concomitant of the right of workers to organize and bargain collectively; and second, like many other workplace rules, it served the orderly functioning of the workplace and the common good of workers.”

Janus, the lead plaintiff in the AFSCME case, argues that he is being asked to support a union that does not represent his views, which he claims is a violation of his right to free speech and freedom of association under the First Amendment.

The USCCB brief cites Pope Benedict XVI, and individual bishops and state Catholic conferences in statements dating back to 1958 - and even a Catholic News Service story from 1965 - in showing the church’s long history of support for unions at both the national and international level.

“These statements still reinforce the fundamental right of workers to organize, and insist that legislative decisions take into account the preservation of this right,” the brief says.

Were Janus to win his case, all of the bishops’ support for unions “would be rendered practically irrelevant in the public-sector context,” it adds. “The bishops would, of course, remain free to extol the importance of union security clauses for workers and the common good, but that teaching could no longer have any effect on policymaking regarding the government workplace, as those clauses could never be given effect in any such workplace anywhere in the nation.”

The USCCB said it has no entitlement to have its position, but the justices should “allow the position of so many bishops on the ‘right-to-work’ question to compete in the policy arena with some possibility of success, and should not declare still another of their positions constitutionally out of bounds.”