In 2018, 12 Latin American countries from Mexico to Peru will hold elections at different levels: presidential, legislative and municipal. Of the 12 elections, seven are for their respective presidents in Costa Rica, Cuba, Paraguay, Colombia, México, Brazil, and Venezuela. What are the expectations? 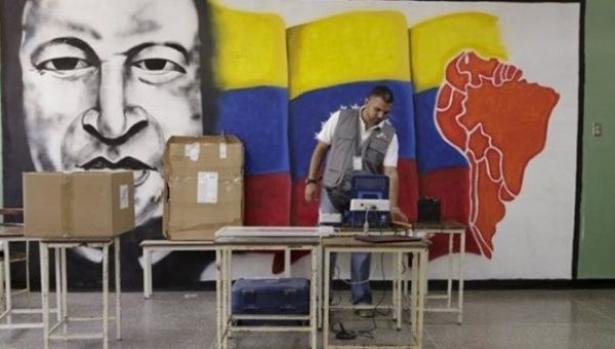 Geopolitical analyst Andrew Korybko wrote a year ago in The Duran, “Donald Trump is inspiring a new generation of Mexican nationalists.” This may well explain the reported lead of left-leaning nationalist Andrés Manuel López Obrador (nicknamed AMLO) at the polls. He had been an unsuccessful challenger in previous presidential elections and is now running as a candidate for the coalition Movimiento de Regeneración Nacional (MORENA – Movement of National Regeneration).

His next contender may be rightwing Ricardo Anaya, candidate for an odd coalition of the conservative Partido Accion Nacional (PAN – National Action Party) – that formed government twice with Vicente Fox (2000) and Felipe Calderon (2006) – and the leftist Partido de la Revolución Democrática (PRD – Party of the Democratic Revolution).

The reasons why elections in Mexico are important are multiple. On the social front, Mexico is the recipient of the new anti-immigration policy of U.S. President Trump threatening with deportations and a closure of the border with a solid wall, that by all accounts is a contentious issue among Mexicans on both sides of the border.

On the trade front, Mexico is under the insecurity of what will happen with the NAFTA agreement. Will it be revised or canceled altogether? This may turn out to be a divisive issue among voters bound to sway them to one or the other candidate if they even make it to the polls.

Perhaps AMLO’s popularity is making a few people in Washington nervous when they also hear that he is considered to be another Hugo Chavez determined to increase public expenditures to fight poverty, which is not a minor issue in Mexico.

It is important to mention that there are no socialist parties candidates because parties like the Communist Party of Mexico or the Workers’ Revolutionary Party are not officially registered and therefore do not take part in the elections.

Elections in Colombia will take place in May and cannot be dismissed because the country is the main U.S. political-military grip on the rest of the region through its U.S. bases, and therefore holds unique influence. Venezuela is surely watching this outcome with some concern. That situation is expected to continue even when candidates are forming new alliances to distance themselves from the old conservative guard, and a brand new political party is in the picture.

The former FARC, now a political party using the same initials but renamed Fuerza Alternativa Revolucionaria del Común (Alternative Revolutionary Force of the Common [People]), will participate in the elections following the recent Peace Accord with the Santos government. The FARC ex-commander, Rodrigo Londoño (aka Timoleón Jiménez or Timochenko) is now a presidential candidate. His chances of winning the elections are not great but he definitely represents a different option if Colombians would like to seek one. Londoño has a clear advantage among farmers and indigenous people in small rural areas where the FARC had support, however, he must appeal to the urban population with clear programmatic alternatives in order to hold real chances.

The other aspiring candidates try hard to appear to be different to the Colombian voters by forming new coalitions. For instance, the rightwing Centro Democrático (Democratic Centre), founded by former president Alvaro Uribe, has elected Ivan Duque as its presidential candidate and has an alliance with the Partido Conservador (Conservative Party), but they both coincide in their fierce opposition to the Peace Accord and in favour of giving a tax break to multinationals.

On the other hand, the center-left Coalición Colombia (Colombia Coalition) will present Sergio Fajardo as its candidate. It is another alliance of several parties that favors the Peace Accord with the FARC and promises to fight corruption.

It is unlikely that the president will be elected in the first round of polls. The second round will take place in June.

If the previous two elections in Venezuela in 2017 for governors and city mayors are any indication, without doubt, Nicolas Maduro will be re-elected as president in November 2018 if not earlier.

Despite the serious U.S. threats of military intervention, severe sanctions and virtual financial blockade affecting Venezuela’s oil industry, Maduro’s main political platform is based on social programs, together with fighting corruption and strengthening the economy that is now seriously critical. The Maduro government has shown a tangible commitment to the wellbeing of the population and has consistently called to peace and dialogue with the opposition despite the street violence of 2017.

However, the extreme rightwing opposition has refused to participate in most elections and has claimed electoral fraud without any foundation. This attitude is likely hiding the lack of popular support that would become evident if the largely divided opposition participated in elections.

So far Venezuelans have given a clear mandate to Chavismo and the governing party Partido Socialista Unido de Venezuela (PSUV - United Socialist Party of Venezuela) in what is called Bolivarian Revolution. The ideology is based on an unrelenting sense of sovereignty and independence with a strong commitment to a constitutional and democratic process leading to peace, and a declared rejection of any type of U.S. intervention.

The fourth important election in 2018 will take place in Cuba on April 19. Although the election is for the more than 600 members of the National Assembly of the People’s Power, the event has implications for the country’s presidency due to its unique process.

Raul Castro declared last year that he would not seek re-election to the legislature; so Cubans can expect a change in what is called the “historical leadership”. But according to observers, the change will have no transcendence on the Cuban social system and people’s lives.

There are several reasons that make the Cuban election unique: 1) There are no political parties involved, not even the Communist Party of Cuba can nominate or have candidates. 2) Individual candidates (who are not required to be party members) are nominated at their community (district) level and elected by direct secret ballot to become members of the National Assembly of People’s Power (or Parliament) for a five-year mandate. 3) Half of the National Assembly members must come from social organizations, i.e. students, women, labor organizations, etc. in order to have a cross-sectional representation of society in the decision making. 4) It is the newly elected legislative body that elects, from among themselves, 31 members of the Council of State to run the daily tasks of the country while the National Assembly is not in session. 5) The Council of State, in turn, selects who will be the president of the country and other high ministerial officials.

Because of this unique electoral process with no direct vote for a predetermined presidential candidate, predictions are also more complex. The one thing that we can safely predict is that Cuba will remain socialist for the foreseeable future.

There is no doubt that in 2017 Operation Condor 2.0 has been underway in Latin America and has caused a regressive impact in the region, which makes the round of new elections in 2018 particularly important to watch.

Under normal circumstances in democratic and internally determined processes, we would focus on the political issues been offered by candidates and political parties during their election campaigns. However, elections in Latin America, and in many other countries for that matter, present more intricacies and often are those intricacies that determine the outcome of presidential elections. More specifically, lack of transparency, foreign interference or electoral fraud is a real prospect when democracy is just a handy label but not the practice. Let the current situation in Honduras be a case in point.

If Mexicans would dare to lean to the left with Andres Manuel Lopez Obrador, an electoral fraud becomes a real possibility as political analyst Andrew Korybko suggests and AMLO himself fears. In fact, a U.S. pre-emptive info war, which is accusing Russia of “meddling” in the Mexican elections, has already started. We all know where that leads.

A similar situation could arise in Colombia where voters could see the FARC, the new player in the game, as a clear break from the traditional bourgeois parties and their morphed versions. However, given the lack of support for the referendum on the peace accord in 2016 with less than 50% of votes and about 60% abstentions, the rightwing parties may be feeling safe.

In a different scenario, Colombians, especially those who have normally abstained from voting, may be alerted and react to the fact that, in the same year that the Santos government was recognized for its achievement on peace, 170 social leaders were murdered in the country.

Contrary to mainstream media propaganda, Venezuela has proven to have transparent and fair elections. When in 2015 the governing party, PSUV, lost the majority in the National Assembly, there was no cry of fraud. Instead, the rightwing Assembly botched its opportunity of push their political agenda by attempting to swear in deputies fraudulently for which it was declared in contempt.

As mentioned before, the accusations of electoral fraud from some elements of a divided opposition may be more a pretext for excluding themselves from the election process for fear of showing the poor popular support they have. In the presidential elections this year it is expected that the Venezuelan opposition will do the same.

However, at the time of writing, conversations on “coexistence” and “combating economic aggression” are taking place in the Dominican Republic between some more moderate groups of the opposition and the government. That may change things as an agreement may be reached and other presidential candidates may be postulated.

From an international point of view it is disconcerting that some governments like Canada, the U.S. and the European Union would take sides and become protectors of the more radical opposition instead of supporting those within the opposition that are willing to negotiate. This requires a separate analysis but what transpires is not edifying for those “democratic” governments.

Outstanding as an outlier is the electoral system in Cuba. It is rarely spoken about and when it is, the mainstream media describes it as “not democratic”. But there is more to it than meets the eye.

Most strikingly, at no point, there is money involved in the process. In fact, there are no expensive political campaigns and, with a few exceptions, National Assembly members do not receive additional pay aside from what they perceive from their regular job, which they maintain during their mandate. In such an open and decentralized system with no parties or money interest, it is hard to conceive any possibility of fraud. In fact, if the trend of previous elections continues, more than 95% of the population will turn out to vote freely with only a fraction of spoiled ballots. This must be looked at in comparison with the voters turn out in multiparty systems.

Finally, the year 2018 might turn out to be a very busy year for the U.S. State Department, CIA and the Southern Command headquarters (SOUTHCOM), located in Doral, Florida. To watch and control so many elections requires a high state of alert, intelligence gathering, and readiness to intervene in order to defend their kind of “democracy.” I say this quite consciously because I take it for granted that the US government will continue to interfere in the internal affairs of Latin America unless unity, “not only economic but political,” becomes a reality, as Fidel Castro said.