food The Colonel In the Kitchen: A Surprising History Of Sous Vide

Col. Ambrose McGuckian, the author's step-grandfather, developed the "water bath cooking" technique which is very similar to what we now know as sous vide. 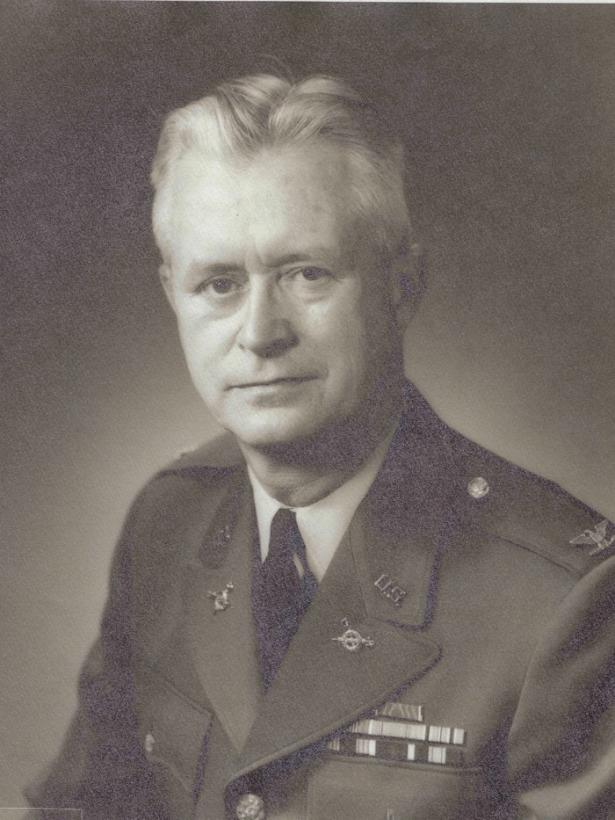 Col. Ambrose McGuckian was tapped by food giant R.W. Grace to develop better food for a chain of hospitals in South Carolina after he retired from the Army in 1964., courtesy McGuckian family

Long before sous vide became a culinary sensation celebrated by top chefs around the world a retired Army colonel started cooking meat and vegetables in sealed plastic pouches immersed in a water bath to liven up the flavor of hospital food. But you'd be hard pressed to find his name associated with it.

Ambrose McGuckian wasn't looking for accolades from food critics and gourmands. He wanted to impress hospital patients at the Greenville Hospital System in South Carolina who'd been complaining about the "institutional dullness" of their food.

McGuckian was my step-grandfather and everyone called him "Mac." In 1968, he was the project manager of a regional study to overhaul hospital food service. He'd been instructed to improve the quality of food while keeping costs down. So he studied existing food service programs and methods of food preparation until he found a formula that boosted taste and extended shelf life.

"Traditional methods of hospital food service have locked operations into a spiral of ever-increasing costs in food, wages, equipment and supplies," Mac, then president of a company called A.G.S. Food System, Inc., wrote in the May 1969 issue of Cornell Hotel & Restaurant Administration Quarterly. But "water bath cooking, in which the food product is first vacuum packaged in a plastic pouch and then immersed for a specified time in water heated to and maintained at a designated temperature," locked in flavor and streamlined food service, he wrote.

Once cooked, the food could be safely refrigerated for at least 60 days, then zapped in the microwave (yes, they had them in the foodservice industry back then) and served. No more dull, frozen-and-reheated meals, no more over-production and waste, no more pots to scrape—and the patients were happy, according to Mac's article.

"I think it was just like, 'Bingo, this is something that is going to change the way America eats,' " says Peter McGuckian. He's Mac's son and my step-uncle, and he remembers how excited Mac was about the project.

Fast-forward 50 years, and cooking "under vacuum" — also known as sous vide — has revolutionized the industry, helped along by Michelin-starred chefs like Thomas Keller.

Now, thanks to a new generation of tools, even home cooks can sous vide anything from roast beef to egg whites in their own kitchens.

But aside from a couple of references buried in food science textbooks, no one seems to remember my step-grandfather's contribution.

Most sources credit two French chefs — Bruno Goussault and George Pralus — with independently developing sous vide, then working together to refine it.

When Goussault, who's known as the "father of sous vide," developed the technique in 1971, he was looking for a way to improve the tenderness of roast beef. Pralus, who's also been called the "father of sous vide," discovered in 1974 that wrapping foie gras in plastic prevented the fatty liver from shrinking as it cooked. In the mid-'70s the two chefs teamed up with Cryovac, a plastic manufacturer, to fine-tune the method.

By 1991, when Goussault opened the Culinary Research and Education Academy in Paris, as a training center that promised to take the technique "from boil-in-bag to haute cuisine," sous vide was on its way.

Goussault leads sous vide seminars for the culinary school, which trains chefs throughout the world, and is chief scientist at Cuisine Solutions, a large-scale sous vide supplier based in Virginia. I recently asked him whether he'd heard of my step-grandfather's work. He said he hadn't, but that he was familiar with the Nacka System, which was developed in Swedish hospitals in the 1960s, according to a Canadian research book on the principles of sous vide.

In this system — which Mac tested during his project — items were fully cooked, then vacuum-sealed, refrigerated and boiled before serving. But those who sampled the results said the food had a "tired" taste, likely as a result of overcooking.

Even before Nacka, there was interest in how the new soft plastics being developed could be used in the kitchen, but not necessarily for cooking.

In the 1960s, as people started buying more prepared foods, there was a push to develop lightweight containers, says Julie Goddard, an associate professor at Cornell University who studies the intersection of food and materials science.

Food scientist and culinary anthropologist Carl Rietz describes cooking in plastic in his 1961 book on culinary techniques, and warned against vapor pressure causing the plastic to rip.

Sous vide has come a long way since then.

These days, chefs have temperature controllers that can help "dial in texture," says Chris Loss, a professor of food science at Cornell University. "You definitely can change the sensory properties of foods by trapping in those aromas and juices."

Mac, who died in 2000, spent his career in the Army's Quartermaster Corps, in charge of organizing military food supplies during and after World War II. After retiring in 1964 as a colonel, he started a personnel firm placing Army veterans in food service jobs. Then he was hired by chemicals giant W.R. Grace as a consultant on the South Carolina hospital study.

Around the same time, his son Peter remembers coming home from college to find various sealed plastic packages in his parents' refrigerator. Sometimes, Mac would ask him to open up a pouch and taste what was inside.

"One time, I said, 'Hey Dad, that's been in there for a little while,' " Peter remembers. "Go ahead, try it," Mac insisted, and Peter did. "You've got to trust your dad, right?"

Mac called his technique "the A.G.S. System," named for the company formed to produce food and distribute it to the three hospitals in Anderson, Greenville, and Spartanburg, S.C. But it's more commonly known as "the Cryovac system," for the manufacturer of plastic packaging and water bath cookers used in the project. Cryovac was a division of W.R. Grace.

Mac patented the technique in the U.S. and a few other countries, but Cryovac claimed ownership of the technique because Mac was one of its contractors when he developed it. They went back and forth over the rights for years, based on documents and correspondence Mac saved. Sometime in the early '70s they reached a cross-licensing arrangement, with A.G.S. as the formal assignee for Mac's patent.

But in 1978, Mac writes in a letter to A.G.S. that Cryovac lawyers told him the patent wasn't worth "really anything." Mac writes that he decided "ownership of the patent, worthless as it may be, would mean more to me than ownership of 4,000 shares of AGS stock." He asked for an exchange.

"[The patent] was important to my father because it was his baby and it was a significant development in the food industry at the time," remembers Peter's brother, Paul McGuckian, who is my stepfather. Paul, a retired judge, served as his father's attorney during negotiations with Cryovac and W.R. Grace in the 1970s. "He hoped he could make some money from it."

As far as we know, he never did. Eventually the patent faded from everyone's memory.

Now Cryovac is owned by Sealed Air. Asked for a comment on this story, a company representative emailed a statement describing "a long line of contributions to the advancement of food safety and food packaging."