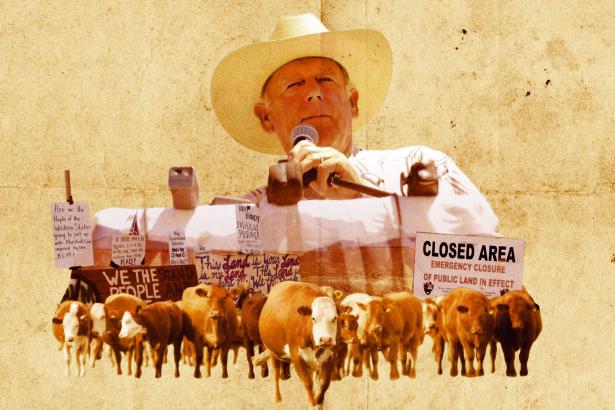 The Podcast That Explains Trump’s America – Justin Charity (The Ringer)
Grifters All the Way Down – Sarah Jones (The New Republic)
Jonah Goldberg, Darwin and Unnatural Capitalism – John Jackson (Fardels Bear)
Why Democrats are Suddenly Competitive in Deep-Red Texas – Ella Nilsen (Vox)
How 'Roseanne' Had the Most Disastrous Endgame in TV History – Rob Sheffield (Rolling Stone)
Life for Migrants After the Via Crucis Caravan to the US Border - Mariana Martínez Esténs (Indypendent)

The Podcast That Explains Trump’s America

Welcome to ‘Bundyville,’ home to sovereign citizen activists and the corroded mystique of American Western individualism

Grifters All the Way Down

Donald Trump’s pardon of Dinesh D’Souza says everything you need to know about the Republican Party and its intellectual underpinnings.

Despite its blustery assurance Suicide of the West is based on some very suspect evidence and equally poor argumentation.

Why Democrats are Suddenly Competitive in Deep-Red Texas

There are Democratic candidates running in all of the state’s 36 congressional districts for the first time in 25 years.

How 'Roseanne' Had the Most Disastrous Endgame in TV History

One racist tweet later, TV's most popular show is no more – but the new 'Roseanne' had already done irreparable damage before that.

By Mariana Martínez Esténs
May 22, 2018
Indypendent

A caravan of more than 200 people fled from Honduras, El Salvador and Guatemala, hoping to get asylum in the United States.