Teamsters for a Democratic Union lists “10 reasons to vote no” on the proposed contract on its web site. It says UPS’s offer contains “major concessions,” including two-tier “22.4 Hybrid Drivers” who will deliver ground freight for a lower pay rate. 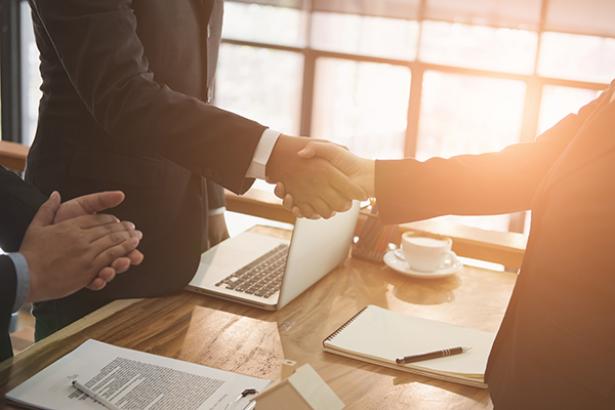 There will be no replay of a costly and damaging strike by UPS Teamsters of 20 years ago as the world’s largest small package company and its approximately 265,000 Teamsters have reached what UPS calls a “handshake agreement” on a five-year labor deal that could pave the way for Sunday deliveries.

But the costly agreement – which bumps the typical hour wage of a small package driver to just over $40 and drives the per-mile long-haul driver’s rate to 84.4 cents a mile, well above the TL industry average of 55-to-65 cents a mile – can be expected to drive up shippers’ costs.

No doubt, UPS can afford it. It is on track to earn in excess of $6 billion profits this year. But that profitability comes at the expense of shippers, who have been continually nicked for 5-to-6 percent annual rate hikes each year of the past decade. Expect that trend to continue when UPS shortly announces its 2019 rate schedule.

Already the proposed contract deal is facing intense scrutiny within the union. Already, the Aug. 1 contract deadline has been extended so both sides can work on the fine print of scores of “supplemental” side agreements covering specific UPS Teamster locals.

Teamsters for a Democratic Union lists “10 reasons to vote no” on the proposed contract on its web site. It says UPS’s offer contains “major concessions,” including two-tier “22.4 Hybrid Drivers” who will deliver ground freight for a lower pay rate. Other sticking points are:

Denis Taylor, director of the Teamsters Package division and co-chairman of the Teamsters Negotiating Committee, conducted the call in cooperation with the union's communications division, said UPS drivers will be paid well above the industry average—perhaps as much as 30 to 40 percent above, depending on experience and other factors.

The proposed contract provides for a new type of driver that will be able to work both Saturday and Sundays. But Taylor said UPS has indicated it will move slowly on Sunday service, though competitors such as FedEx and internal Amazon now offer seven-day delivery services.

"The company has no plans as we speak, and has as much said that across the table to us that they have no plans to do Sunday delivery," Taylor said in a conference call.

But, he added, “Given the circumstances in the delivery situation, obviously the competition is delivering on Sunday, we firmly believe that at some point during the term of this agreement that Sunday delivery would be a distinct possibility for our members."

Supplemental agreements covering many large locals have yet to be finalized. There have been meetings of all local unions known as the “two-person committee” (two officers and/or agents from each local representing UPS) to review the tentative agreement.

“Each of these goals has been met in the new agreement,” the company said in a statement. “UPS is well-positioned to grow and meet the needs of its customers.”

Once ratified, the minimum wage for part-time UPS workers from $10 to $13 upon ratification.

For full-time UPSers would see pay increases of $4.15 more per hour, spread out over five years, are included in the deal. The union had asked for a $1 per hour raise each year over the five years, so the Teamsters nearly got what they were asking as the typical UPS small package driver will now earn a base salary of just over $40 an hour.

The deal includes a new “hybrid” classification called “full-time combination driver," who will start at $20.50 per hour with a top rate of $34.79 by the end of the contract, the Teamsters said. That’s about $6 less than regular UPS package drivers will make at the end of the five-year deal.

The outcome of how many full time jobs will be created out of a section called “22.3 jobs” was not immediately clear. The union had wanted 10,000 new jobs created. UPS said it wanted those new “full-time combination” or hybrid jobs to count toward that 10,000 new jobs level.

"This provision will help to resolve several membership concerns, including Saturday and Sunday delivery, excessive forced overtime, time off, create additional high paying, full-time opportunities for part-time employees and provide thousands of additional contributors to our Teamster pension funds," the Teamsters said in a statement.

The union said it negotiated what it called “substantial increases” to the employer contributions to the various benefit funds, and increased pension benefits under the part-time UPS Pension Plan and the full-time UPS/IBT Pension Plan. But it did not offer specifics.

UPS said its goal for the freight and small package agreements was to reward employees for their contributions to its success while enabling the business to remain flexible to meet its customers’ needs. Meeting these goals for both the freight and small package agreements, UPS said it was “poised for continued growth supported by greater flexibility” to meet the needs of its customers.

The new agreements will go into effect once ratified by rank and file employees.

John D. SchulzJohn D. Schulz has been a transportation journalist for more than 20 years, specializing in the trucking industry. John is on a first-name basis with scores of top-level trucking executives who are able to give shippers their latest insights on the industry on a regular basis.

Subscribe today. It's FREE!
Get timely insider information that you can use to better manage your entire logistics operation.
Start your FREE subscription today!