One of Melanie Kaye/Kantrowitz’s contributions to discussions of Jewish identity was her theory of what she called radical diasporism - that Jews can honor their Jewish identity, history and culture without believing that Israel is their homeland. 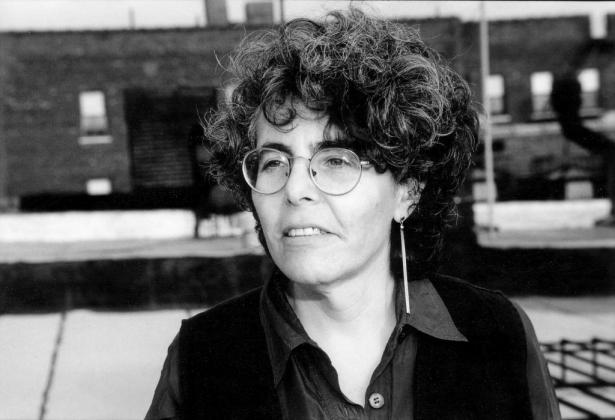 Melanie Kaye/Kantrowitz in an undated photograph. Her life of activism began during the civil rights movement, when she was a teenager., Credit Jewish Women’s Archive // New York Times

Melanie Kaye/Kantrowitz’s devotion to social activism began when she was 17. It was 1963, and with the civil rights movement gathering strength she became involved with the Harlem Education Project, an effort to educate young people on black history and give them access to cultural institutions and workplaces where they could get advice from professionals.

“It was my first experience with mobilizing a proud community and with the possibilities of collective action,” she wrote in “The Tribe of Dina” (1989), an anthology of Jewish women’s writings that she edited with Irena Klepfisz. “I was hooked.”

It was a passion that would endure.

Ms. Kaye-Kantrowitz, who died of Parkinson’s disease at her home in Elmhurst, Queens, on July 10 at 72, “was living and breathing the dynamic movements of her time,” said her longtime partner, the activist and organizer Leslie Cagan, who confirmed the death.

Ms. Cagan said that Ms. Kaye/Kantrowitz — she formed her surname by combining her Anglicized name at birth with her family’s earlier name, which she reclaimed as an adult — helped shape new ways of thinking about Jewish identity as well as the intersections of race, class and gender, “before folks used the term intersectionality.”

One of her contributions to discussions of Jewish identity was her theory of what she called radical diasporism — what Ms. Cagan characterized as “a counter to Zionism and the belief that Israel is the one and true homeland of all Jews.”

The idea behind radical diasporism, Ms. Cagan said, is that Jews can honor their Jewish identity, history and culture without believing that Israel is their homeland. “Instead,” she said, “they take the fullness of their Jewish traditions and values and put them into practice wherever they are, wherever they call home.”

As Ms. Kaye/Kantrowitz explained in “The Colors of Jews: Racial Politics and Radical Diasporism” (2007): “What do I mean by home? Not the nation state; not religious worship; not the deepest grief of a people marked by hatred. I mean a commitment to what is and is not mine; to the strangeness of others, to my strangeness to others; to common threads twisted with surprise.”

Among Ms. Kaye/Kantrowitz’s several other books were “My Jewish Face and Other Stories” (1990), a collection of short stories, and “The Issue Is Power: Essays on Women, Jews, Violence, and Resistance” (1995).

In the early 1990s, Ms. Kaye/Kantrowitz became the first director of Jews for Racial and Economic Justice, an organization that defines its mission as “to fight for systemic change and a just world.” She later served on its board.

Ms. Kaye/Kantrowitz, who came out as a lesbian in the early 1970s, went on to edit and publish the lesbian literary and art journal Sinister Wisdom in the 1980s. (It is still being published.)

“I believe that once she knew this about herself, she was not hesitant to be open about her sexual identity,” Ms. Cagan said.

She was born Melanie Kaye in Brooklyn on Sept. 9, 1945, into a family with roots in Poland and Russia. Her parents, Milton and Violette Kaye, “were supportive in a broad way of the struggles for peace and justice of their time,” Ms. Cagan said.

Melanie’s father and his sister together owned a small women’s clothing store, where her mother also worked. Her father had changed the family name from Kantrowitz to Kaye before she was born.

But even though Kaye was a made-up name, Ms. Kaye/Kantrowitz once wrote, it did have history: It spoke of her family’s effort to assimilate as Jews, and that history informed her decision to keep it.

She earned a bachelor’s degree from City College of New York and a Ph.D. in comparative literature from the University of California, Berkeley. She went on to teach the university’s first women’s studies class.

She also taught urban studies, race theory, public policy, Jewish studies and gender and queer studies at Hamilton College in Clinton, N.Y., and at Goddard College and Norwich University in Vermont, among other schools.

In addition to Ms. Cagan, her partner of 21 years, Ms. Kaye/Kantrowitz is survived by a sister, Roni Natov, and a nephew.

You are invited to celebrate the life and honor the work of Melanie Kaye/Kantrowitz.

Fully accessible and all are welcome.