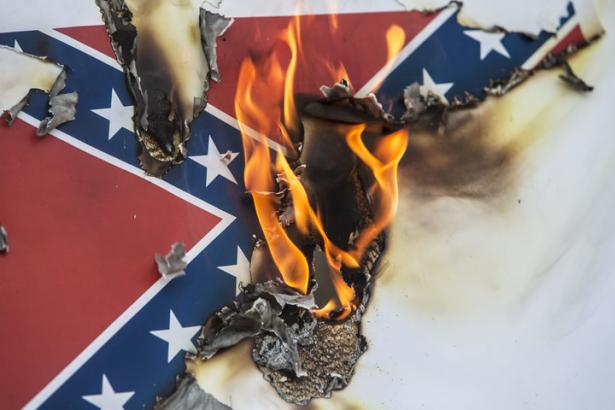 Colin Kaepernick, Nike, and the Myth of Good and Bad Companies

By Joshua Hunt
September 5, 2018
The Atlantic

The brand’s alignment with the embattled NFL star is nothing more than smart business.

Confederate iconography has proliferated in the North — a development of the last 25 years that accelerated in the 2000s.

As the men of #MeToo start plotting their comebacks, let’s remember what women’s comebacks look like.

By Sarah Posner
September 5, 2018
The Nation

Does Brett Kavanaugh think abortion should be illegal? A secret network of right-wing activists has spent millions attacking such questions as anti-religious bigotry.

Review - The Chapo Guide to Revolution: A Manifesto Against Logic, Facts, and Reason

Funny vignettes describe the prevailing, conventional neoliberal wisdom and then reply with a sensible take. This sort of counter-history is helpful for staking out an American left perspective.

The Voice and Its Village

An alum looks back at the storied alt weekly.