The latest win for the insurgent progressive movement within the Democratic Party is in a New York State Senate district. Julia Salazar is headed to the State Senate after toppling a long-serving incumbent in her Brooklyn district. 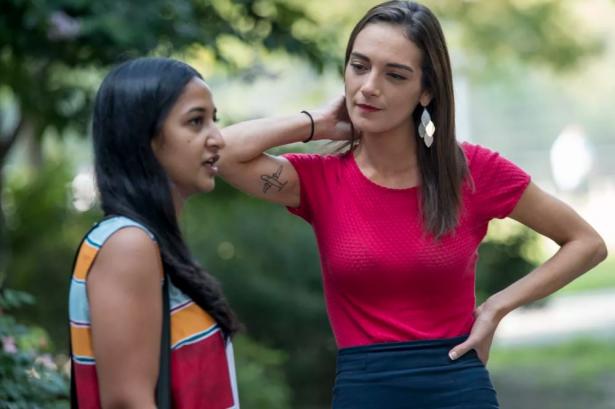 The latest win for the insurgent progressive movement within the Democratic Party is in a New York State Senate district: Julia Salazar, the 27-year-old Jewish democratic socialist whose campaign drew national attention, won her primary Thursday to be the Democratic candidate on the ballot in November. Salazar defeated Democratic state Sen. Martin Dilan, who was running for his ninth term in the 18th District.

It’s rare for a state Senate race, even one in a section of Brooklyn home to many reporters, to get much notice. But Salazar’s campaign was unusual, featuring national media attention, comparisons to Alexandria Ocasio-Cortez, and a high degree of scrutiny of her background — her brother publicly said that she was lying about her past, claiming to be from a working-class family when her mother made a middle-class salary and claiming to be an immigrant when she and her mother were both born in the US. A piece in Tablet, an online Jewish publication, also raised questions about her Judaism, calling her Jewish identity “largely self-invented.”

The reporting about her past continued as the race went on. Several publications called attention to a lawsuit involving Salazar and Kai Hernandez, the ex-wife of famous Mets player Keith Hernandez. The conservative Daily Caller ran a story identifying her as an anonymous woman who had accused David Keyes, the spokesperson for the Israeli prime minister, of sexual harassment in 2016. (Eleven more women have since come forward to accuse Keyes, and he has temporarily stepped down to defend himself full-time).

For the national media, this was a rollercoaster — but through it all, Salazar tried to refocus the campaign on her leftist platform for addressing local issues, particularly the ballooning cost of housing in Brooklyn. It’s a message seems to have resonated, and is more evidence that the socialist left is a force to be reckoned with in the Democratic Party.

Salazar is a longtime activist with the Democratic Socialists of America, having served on the organizing committee of the DSA’s socialist-feminist working group. She has campaigned with Cynthia Nixon, the actress and progressive candidate for governor. She has been endorsed by Ocasio-Cortez, who has done campaign events with her. She’s been the subject of very friendly interviews in popular left outlets like Jacobin, whose reading groups she used to attend, and the podcast Chapo Trap House.

But in the weeks before the election, much of the story she told about her identity came under scrutiny, from her immigrant status to her family income to her Judaism.

Salazar claims that she and her family shuttled back and forth from Colombia — her father worked as a cargo pilot, sometimes flying planes full of flowers between Medellin and Bogota. The family would join him in Colombia, despite living in the United States, and stay at Luis Salazar’s family home. Her brother Alex Salazar, though, denied spending very much time in Colombia as a child, and said Julia’s characterization of their childhood visits to Colombia is “not at all” accurate.

Salazar has also frequently referred to her background as “working class,” whereas Alex said he would call them middle class. Her father earned a decent salary as a pilot, according to all the Salazars, but since her mother raised the kids, they only saw a portion of that money through alimony and child support. They grew up in a fairly large home in a nice city — Jupiter, Florida — but her mother at times had to push hard to make ends meet, working primarily as a pharmaceutical sales rep with occasionally a second job with a catering company.

What’s more, Alex Salazar told reporters (including at Vox) that her family had grown up Catholic. Julia responded by saying she had converted to Judaism while at Columbia University, a plausible claim but one that reporters have not been able to independently verify.

This scrutiny on Salazar’s self-identification, together with the Hernandez and Keyes reporting, threatened to overshadow her locally focused campaign. The national media had invested heavily in covering her race, both because of the attention-grabbing nature of the family drama and the fact that the rising socialist left is a major national story. A socialist falsely claiming to be a working-class Jewish immigrant — one who has built her candidacy on her claim to be the best person to represent a racially and economically diverse district — is quite attention grabbing.

But in the end, it was hard for anyone in the national press to prove that she had deliberately lied. And voters in the 18th District did not see her exaggerations or confusing phrasings as sufficient evidence that she couldn’t be trusted. Either they disliked Dilan — who Salazar painted as a crony of real estate developers — or affirmatively were attracted to Salazar’s ideas. Or possibly both.

Whatever the reasons for Salazar’s victory, one thing is clear: Despite being subject to a level of press scrutiny typically reserved for a US Senate candidate rather than one running for New York State Senate, Salazar will be heading to Albany — and will have a chance to try to put her left-wing ideals into practice. 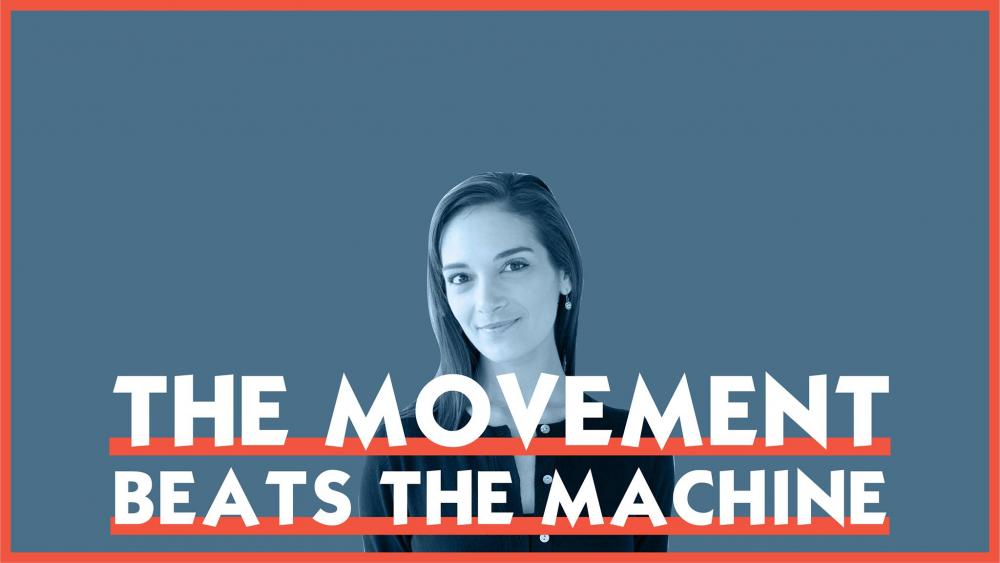 Thank you to everyone who phone banked, canvassed, donated, and volunteered for this campaign. It means more than words can express.

This victory does not belong to me. It belongs to us, and to the world we’re trying to create.

Together, we've shown that grassroots progressive candidates can win — even against all the polls, the odds, and the big money — when we run on a courageous vision of a country that works for the many, not the few.

Tonight, we made history. But this is no time to rest. The general election is just 54 days away, and you can bet billionaire-funded opponents will be throwing everything but the kitchen sink our way to try to stop us.

New York politics will never be the same after tonight — the latest in a string of once-unthinkable progressive victories across the country. The work of WFP activists like you has been at the center of that change. And this is just the beginning.

We’ll have much more to say on tonight’s victories soon. But for now we just wanted to say: thank you. 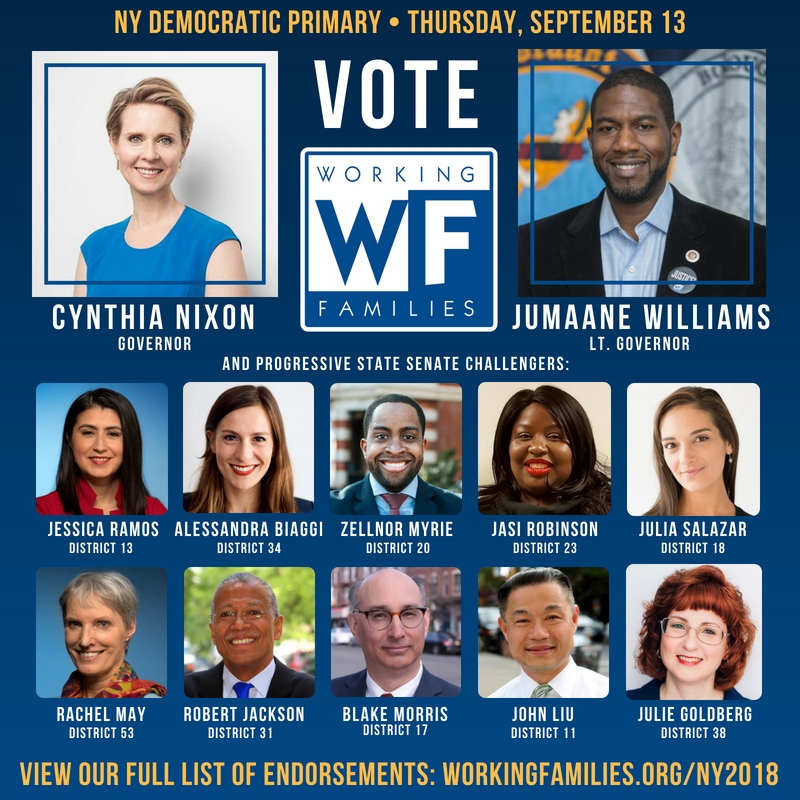