Nike, Colin Kaepernick, and the History of “Commodity Activism”

Nike’s Kaepernick ad continues — and tweaks — the tradition of brands commodifying politics. Kaepernick’s ad, and the message he offers, may illuminate the promise of innovative creative forms, including advertising. 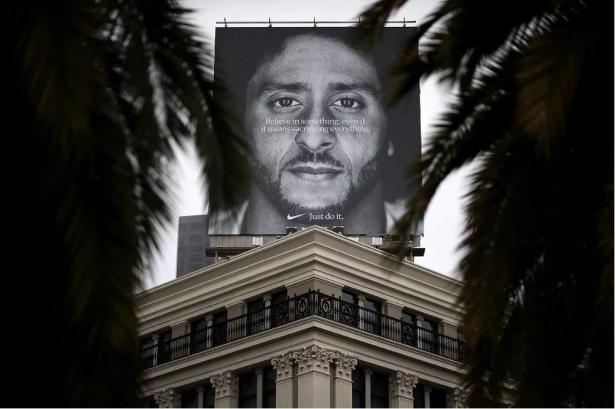 A billboard of Colin Kaepernick’s new Nike ad is displayed on the roof of the Nike Store on September 5, 2018 in San Francisco, California.,Justin Sullivan/Getty Images // Vox

On Labor Day, Nike tweeted a photo of NFL player Colin Kaepernick, (in)famous for sparking controversy when he took a knee during the national anthem to protest police brutality, to celebrate the corporation’s 30th anniversary of the slogan “Just Do It.” The image — Nike’s usual stark, intense black-and-white style — features Kaepernick staring directly at the camera overlaid by the text, “Believe in something. Even if it means sacrificing everything. Just Do It.”

The ad garnered significant response on social media. Many applauded Nike’s embrace of such an openly political figure. Some on the right were livid that the brand endorsed someone who, to them, represents a lack of loyalty to American values. Others on the left were indignant about the ways protest and resistance were being commodified and used to build a behemoth company’s brand. And some were just happy that Kaepernick, who has yet to be signed to an NFL team since his contract expired in 2016, has any kind of job at all.

Rather than wade through this debate, I’d like to offer a more broadly contextual analysis of Nike’s latest campaign, situating it within a long history of what Roopali Mukherjee — a professor at CUNY Queens College with whom I co-wrote a book on this subject — and I have called “commodity activism.”

This practice merges consumer behavior with political or social goals. Whether challenging police brutality or questioning unattainable beauty norms, branding in our era has extended beyond a business model: It is now both reliant on and reflective of our most basic social and cultural relations. The use of brands to “sell” dissent is not a new business strategy. Individual consumers act politically by purchasing particular brands over others in a competitive marketplace, where specific brands are attached to political aims and goals.

Nike has a history of using political movements in its ads

There are ample examples of commodity activism. In 2008, Starbucks began offering “fair trade” coffee that pledged to pay producers in developing countries a fair wage. Gap joined several other companies to form RED, a philanthropic organization dedicated to fighting AIDS in Africa, in 2006. In 2011, Chrysler used the context of global economic collapse and the failing automobile industry to build its brand and advocate for more consumption as a way to overcome crisis; the ad featured Detroit rapper Eminem. 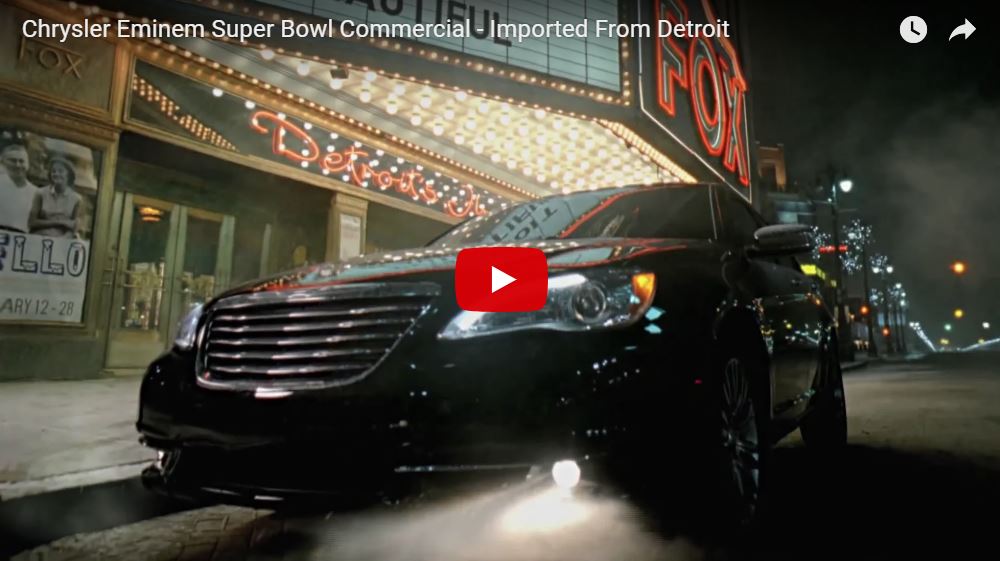 Nike’s latest effort to connect its brand with a political project is certainly not its first. In 1992, the company created one of the first “girl empowerment” ad campaigns, one that specifically positioned sports as a route to empowerment for girls and women. The campaign, “If You Let Me Play,” created before hashtags existed, first appeared as a print ad. With this campaign, Nike launched one of the first corporate efforts to sell its products alongside self-confidence, strength, and empowerment for girls and women. 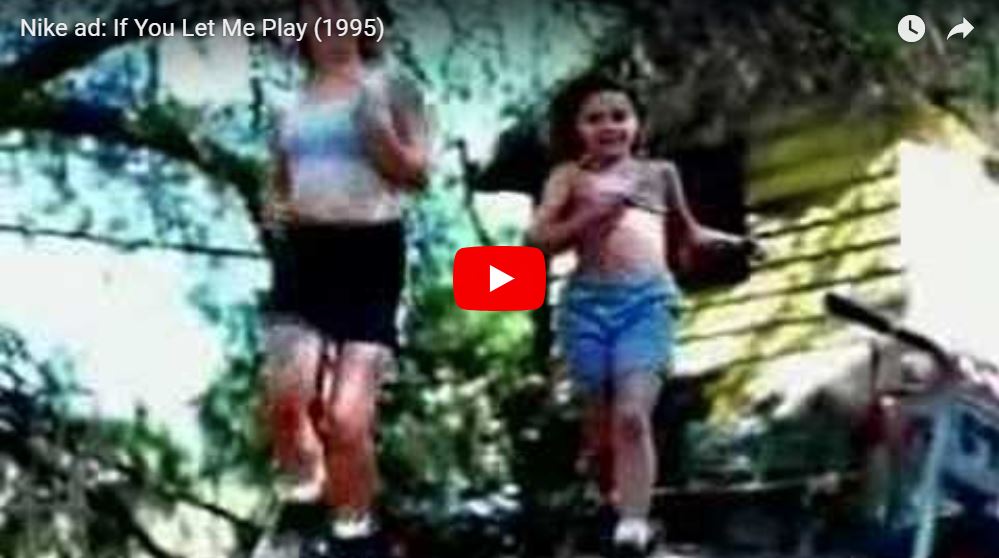 Dozens of companies followed its lead. Dove’s widely successful “Real Beauty” campaign is just one of dozens of examples of companies following Nike’s lead in selling female confidence and empowerment as part of their shampoo, cereal, or yoga pants brand. At this point in contemporary culture, it is utterly unsurprising to “participate” in social activism by buying something. 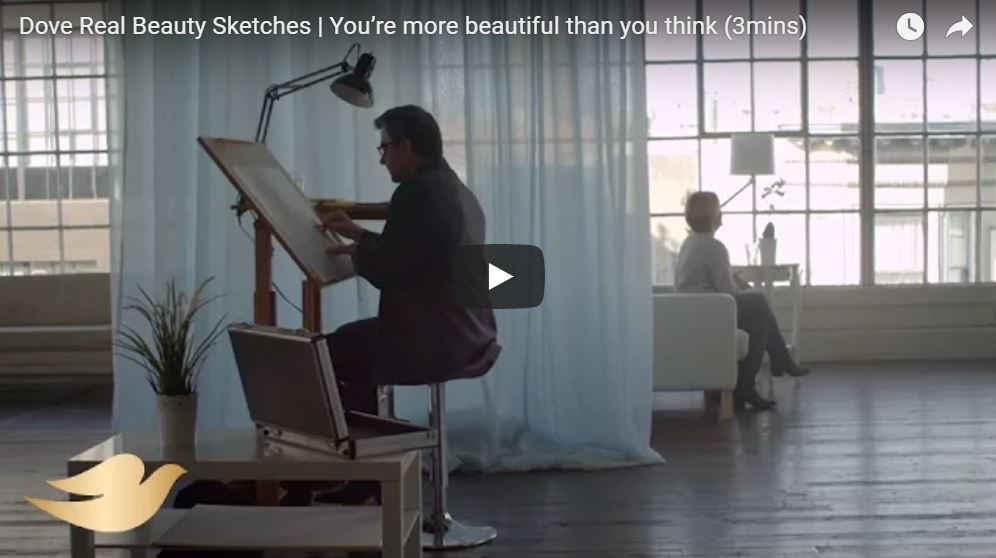 But not all politics is equally “brandable.” Female empowerment, fighting AIDS in Africa, building homes for people left homeless after national disasters — those are fairly uncontroversial politics for brands to partner with. Even when brands harness politics to sell their products, they don’t want to alienate too much of their consumer base. After all, they still want to sell products.

But race and racial tension — especially in the context of continued violence against people of color in the United States, an issue on which the public is deeply divided — are not quite as easy to simply commodify and brand. For example, in 2017, when Pepsi decided to create an ad using Kendall Jenner, a 21-year-old white reality television star and brand influencer, to advocate for “a global message of unity, peace, and understanding” between police officers and the Black Lives Matter movement, it was an epic failure. 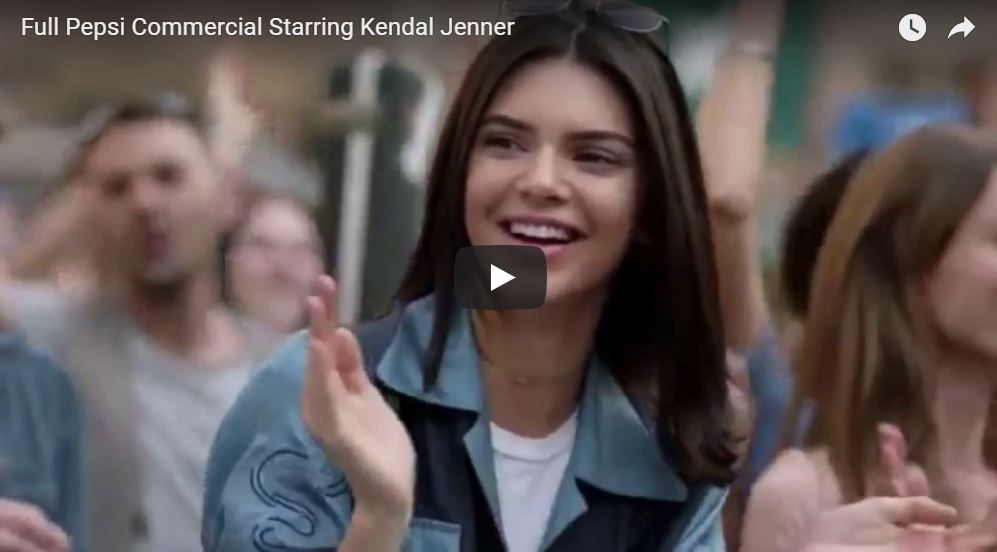 Pepsi’s incredibly tone-deaf ad, which minimized the urgency of the Black Lives Matter movement, diminishing it as a happy peaceful gathering where people are most interested in drinking soda, is an example of how not to connect brands with politics. Pepsi pulled the ad only days after it aired.

The Nike Kaepernick ad campaign also treads on risky ground, given the public outrage that Kaepernick has faced for his political stance against racial violence in the US — not to mention that Nike’s own history with questionable labor practices hardly makes it a progressive bastion.

But unlike Pepsi, Nike has a history of connecting with politics as part of its branding, and while the company is not uncontroversial, openly advocating for political stances hasn’t ruined the brand. Brand culture creates a context within which consumer participation is not simply (or even most importantly) indicated by purchases, but by brand loyalty and affiliation, linking brands to lifestyles, politics, and social activism.

Nike knew what it was doing when it decided to sponsor Kaepernick; it knew perfectly well that the ad would enrage some consumers who have been vocal about their anger around NFL players kneeling in protest. Nike also knew that the campaign would further solidify it as a socially progressive company, which is important for many of its younger consumers, who skew liberal and represent the company’s future customers.

The proliferation of commodity activism such as Nike’s, in other words, serves as a trenchant reminder that there is no “outside” to the logic of contemporary capitalism; social action may itself be shifting shape into a marketable commodity. We may, on the one hand, characterize Nike’s most recent “Just Do It” campaign as yet another corporate appropriation, an elaborate exercise in hypocrisy and artifice intended to fool the consumer and secure ever-larger profits.

On the other hand, Kaepernick’s ad, and the message he offers, may also illuminate the promise of innovative creative forms, including advertising. His role in the Nike partnership might be a cultural intervention that we need right now — it allows us to think critically about modes of dominance and resistance within changing social, cultural, and political landscapes.

[Sarah Banet-Weiser is a professor of media and communications at the London School of Economics. She is the author of Authentic™: The Politics of Ambivalence in a Brand Culture and the forthcoming Empowered: Popular Feminism and Popular Misogyny.]