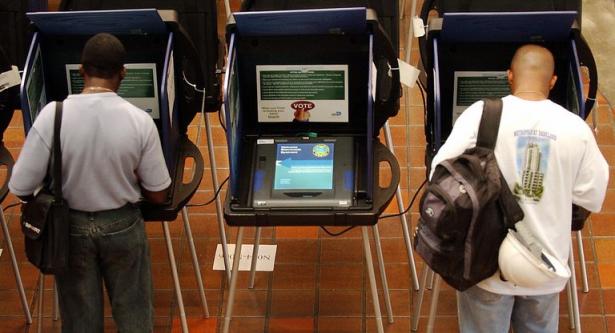 By Heather Kelly
September 30, 2018
CNN
The Department of Justice said it is filing a lawsuit against the state of California over its new net neutrality protections, hours after Gov. Jerry Brown signed the bill into law on Sunday.

Everything We Know About Facebook's Massive Security Breach

By Louise Matsakis and Issie Lapowsky
September 28, 2018
Wired
The social network disclosed that an unprecedented security issue, discovered September 25, impacted almost 50 million user accounts. The company says that the attackers could see everything in a victim's profile.

September 28, 2018
BBC News
A report outlines major flaws in voting hardware, weeks before US mid-term elections. One ballot machine, used in 23 US states, carries a cybersecurity flaw that was reported over a decade ago, the hackers claim.

The Privacy-Law Debate Is Heating Up Again in D.C.

By Gaurav Laroia
September 24, 2018
Free Press
Letting technology companies set the terms of the privacy debate in Congress inevitably means that concerns about civil-rights violations, disparate impacts, and predatory data collection and advertising practices will take a back seat to industry talking points.

By Elizabeth Dubois, Anatoliy Gruzd, and Jenna Jacobson
September 28, 2018
Policy Options
Journalists should be careful when using social media posts to report what the public thinks, and should tell readers how the data was collected.
Subscribe to Portside