Dispatches From the Culture Wars - October 9, 2018 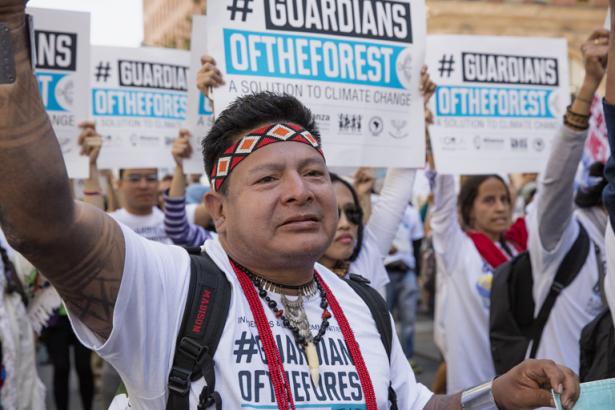 Cándido Mezúa, a tribal leader from Panama, marches at the climate summit rally in San Francisco in September. ,Joel Redman, If Not Us Then Who

Because of the cult of the higher judiciary, Democrats find themselves facing an all-powerful institution set to impose its will on a majority of Americans who would decide things differently.

‘Guardians of the Forest:’ Indigenous Peoples Come Together to Assert Role in Climate Stability

Indigenous communities must be better protected and given title and tenure to the lands where they have lived for centuries.

The Increasing Irrelevancy of the Conservative Think Tank

The Heritage Foundation’s star is falling—and left think tanks are on the rise.

Americans for Prosperity is a little-known, billionaire-funded organization that has pushed US politics to the right. How did it happen?

"Avoid anything that could be construed as progressive or risk never working in television again."

The Cruelty Is the Point

President Trump and his supporters find community by rejoicing in the suffering of those they hate and fear.