While primaries are difficult to predict, today’s polls are not just failing, they seem to be doing so in a way that makes progressive candidates of color appear to have less support than they do. 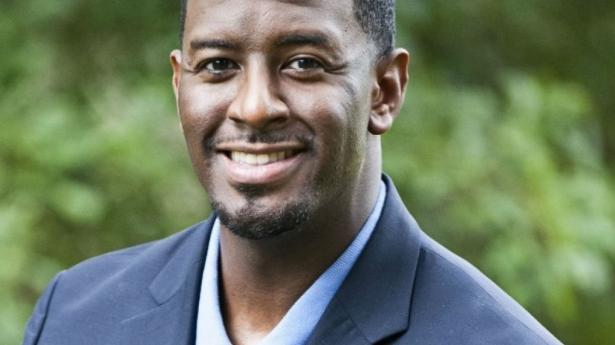 Ayanna Pressley, a progressive African American congressional candidate from Boston, was predicted to lose by 13 points in the Democratic primary, but she won by 18 points. In the primary for a New York congressional seat, the final poll showed Latina socialist Alexandria Ocasio-Cortez trailing the Democratic incumbent by 36 points; she won by 15 points. In Georgia, polls showed gubernatorial candidate Stacey Abrams, the African American former minority leader of the State House of Representatives, well ahead in the Democratic primary, but nowhere near the 53 points she won by.

In Florida, the nation’s third largest state, polls for the Democratic gubernatorial primary showed Andrew Gillum, the progressive African American mayor of Tallahassee, finishing fourth, with around 12 percent of the vote. But Gillum won 34 percent of the vote, nearly three times what most polls had him at, and captured the nomination.

Then there’s Maryland, where the Democratic gubernatorial primary was supposed to be neck-and-neck, but the more progressive candidate, Ben Jealous, walked away with it, beating his chief challenger by over 10 points and taking all but two counties.

While primaries are difficult to predict, today’s polls are not just failing, they seem to be doing so in a way that makes progressive candidates of color appear to have less support than they do.

These polling errors are far from harmless. Faulty polls can turn into real losses by suppressing both votes and funding. It’s not hard to see why: Who is excited to back a sure-loser? This applies to potential voters, who are more likely to stay home on election day if their preferred candidate has no shot, as well as to potential donors, who would rather support a winner.

Contrary to public perception, polling is as much art as science. “What you’re trying to do is anticipate what someone is going to do at some future date,” respected Iowa pollster Ann Selzer told The Atlantic. “How do you take your best shot at predicting what someone will do?”

To make their predictions, pollsters look at any number of factors, including who voted in the prior election. But if pollsters base today’s voter turnout on an election that took place prior to Trump’s presidency and the resistance it has triggered, they’re “going to be wrong,” Democratic pollster Celinda Lake told The Guardian. “What the turnout factor is for millennials, what the turnout factor is for people of color, really has a massive impact and it’s very often predicted incorrectly.”

In the Trump era, young and nonwhite voters appear to be heading to the polls in numbers great enough to upend pollsters’ predictions.

Despite their limitations, polls “are so often intoxicating for journalists,” notes the Associated Press. Overreliance on polls prompted the AP to update its Stylebook in April, offering this word of caution: “poll results that seek to preview the outcome of an election must never be the lead, headline or single subject of any story.”

The AP’s warning appears to have been ignored by the Washington Post, which is determined to thwart Ben Jealous’s bid to become Maryland’s first black governor, as I’ve previously written.

“Hogan polls far ahead of Jealous,” blared an August 14 Post headline on the front page of the Metro section. A month later, and again on the Metro front page, the Post ran a similar headline in a story that opens, “Maryland Gov. Larry Hogan holds a commanding 22-point lead over Democratic challenger Ben Jealous…”

In Maryland, Democrats hold a 2 to 1 advantage and Trump is profoundly unpopular. Yet the September 19 Goucher poll found Jealous (who I support) trailing the Republican incumbent by 22 points. Rather than question the poll, or point out how polls consistently undercount support for black progressives, the Post highlighted it. The paper, which has a huge presence in D.C’s vote-rich Maryland suburbs, didn’t stop there.

Incredibly, the Goucher poll found Jealous, a civil rights leader and former head of the NAACP, leading Hogan by only 14 points among black voters. The Post not only reported this claim but attempted to validate it through selective quoting. “[Jealous] doesn’t seem to me like he would be a big advocate for black communities,” the Post quoted a black Democrat as saying.

This view is not widely held. The following week, a Mason-Dixon poll showed Jealous leading Hogan by 53 points among black voters, and Hogan’s overall lead down to 15 points. The Post’s story on the poll was buried at the bottom of page three of Metro.

Hogan’s lead, whatever it may be, is likely to shrink following Barack Obama’s recent endorsement of Jealous. With the former president so well-liked in Maryland – in 2008 and 2012 he won the state by 25 and 26 points respectively – the Post sought to downplay his endorsement, burying it on page four of Metro.

Jealous has pushed back on questionable polls, which not all pollsters appreciate. Speaking to the Daily Record, pollster Patrick Gonzales said of Jealous, “I would think he should start talking about things that voters care about,” rather than polls. Gonzales was upset that the candidate questioned his polling, which undercounted Jealous’s primary support by 17 points.

Meanwhile another Maryland pollster has spoken up to all but declare Hogan the winner six weeks ahead of the election. “This race is kind of locked in,” Brad Coker, managing director of the Mason-Dixon poll, told the Daily Record. “I just don’t see a sign of weakness in the Hogan campaign.” Coker also took several shots at Jealous.

This conduct towards Jealous, whose base of support consists of the very voters pollsters continue to undercount, calls the pollsters’ objectivity into question.

What if this turns out to be a close race and Jealous loses? The Post will no doubt place the blame for Jealous’s loss squarely on his shoulders, while ignoring the paper’s and the pollsters’ role in reelecting a Republican governor in a deep-blue state.

Pete Tucker is a journalist based in DC. He can be reached at his website.