Meet the Trillions of Viruses That Make up Your Virome

The race is on to find those viruses in our viromes that have already figured out how to protect us from the bad guys, while leaving the good bacteria intact. 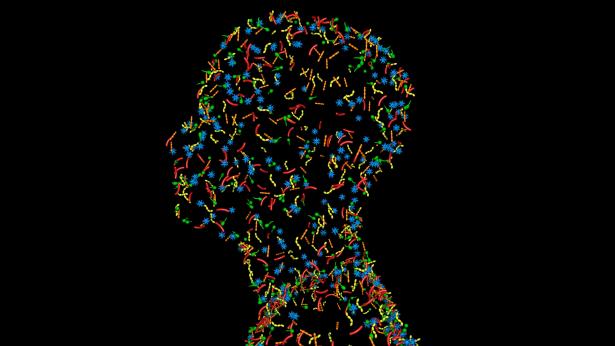 Every surface of our body – inside and out – is covered in microorganisms: bacteria, viruses, fungi and many other microscopic life forms., vrx/Shutterstock.com

If you think you don’t have viruses, think again.

It may be hard to fathom, but the human body is occupied by large collections of microorganisms, commonly referred to as our microbiome, that have evolved with us since the early days of man. Scientists have only recently begun to quantify the microbiome, and discovered it is inhabited by at least 38 trillion bacteria. More intriguing, perhaps, is that bacteria are not the most abundant microbes that live in and on our bodies. That award goes to viruses. 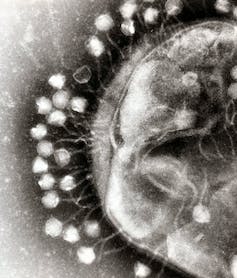 It has been estimated that there are over 380 trillion viruses inhabiting us, a community collectively known as the human virome. But these viruses are not the dangerous ones you commonly hear about, like those that cause the flu or the common cold, or more sinister infections like Ebola or dengue. Many of these viruses infect the bacteria that live inside you and are known as bacteriophages, or phages for short. The human body is a breeding ground for phages, and despite their abundance, we have very little insight into what all they or any of the other viruses in the body are doing.

I am a physician-scientist studying the human microbiome by focusing on viruses, because I believe that harnessing the power of bacteria’s ultimate natural predators will teach us how to prevent and combat bacterial infections. One might rightly assume that if viruses are the most abundant microbes in the body, they would be the target of the majority of human microbiome studies. But that assumption would be horribly wrong. The study of the human virome lags so far behind the study of bacteria that we are only just now uncovering some of their most basic features. This lag is due to it having taken scientists much longer to recognize the presence of a human virome, and a lack of standardized and sophisticated tools to decipher what’s actually in your virome.

Here’s a few of the things we have learned thus far. Bacteria in the human body are not in love with their many phages that live in and around them. In fact they developed CRISPR-Cas systems – which humans have now co-opted for editing genes – to rid themselves of phages or to prevent phage infections altogether. Why? Because phages kill bacteria. They take over the bacteria’s machinery and force them to make more phages rather than make more bacteria. When they are done, they burst out of the bacterium, destroying it. Finally, phages sit on our body surfaces just waiting to cross paths with vulnerable bacteria. They are basically bacteria stalkers. 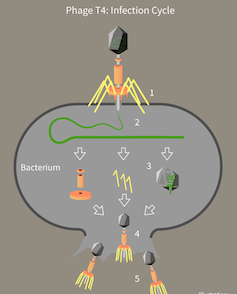 A virus called a bacteriophage infects bacteria and inserts its genetic material into the cell. The bacterium ‘reads’ the genetic instructions and manufactures more viruses which destroy the bacterium when they exit the cell. Guido4, CC BY

It’s clear that there’s a war being fought on our body surfaces every minute of every day, and we haven’t a clue who’s winning or what the consequences of this war might be.

Viruses are contagious. But we often don’t think about bacterial viruses as being easily shared. Researchers have shown that just living with someone will lead to rapid sharing of the viruses in your body. If we don’t know what the consequences are of the constant battle between bacteria and viruses in our body, then it gets exponentially more complicated considering the battle between your bacteria and their viruses that are then shared with everyone including your spouse, your roommate, and even your dog. 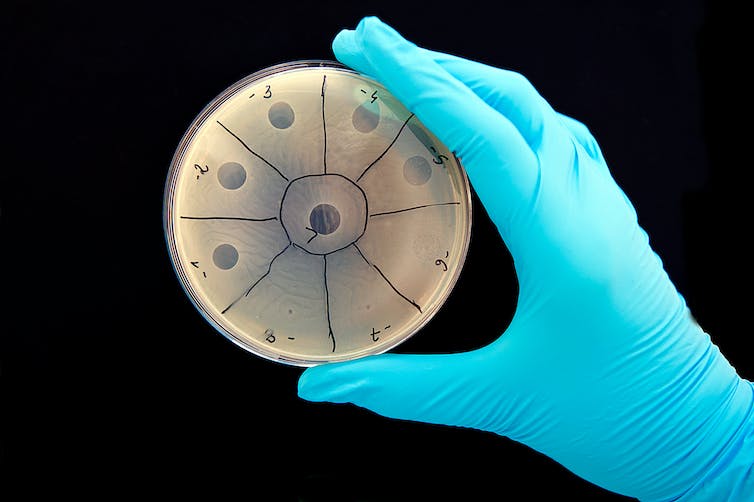 Viruses destroy the bacterium when they burst out of the cell. Here, the clear circles reveal where the bacteriophage have killed the bacteria. Guido4/Shutterstock.com

Ultimately, we need to know what all these viruses in the human body are doing, and figure out whether we can take advantage of our virome to promote our health. But it’s probably not clear at this point why anyone would believe that our virome may be helpful.

It may seem counterintuitive, but harming our bacteria can be harmful to our health. For example, when our healthy bacterial communities are disturbed by antibiotic use, other microbial bad guys, also called pathogens, take advantage of the opportunity to invade our body and make us sick. Thus, in a number of human conditions, our healthy bacteria play important roles in preventing pathogen intrusion. Here’s where viruses come in. They’ve already figured out how to kill bacteria. It’s all they live for.

So the race is on to find those viruses in our viromes that have already figured out how to protect us from the bad guys, while leaving the good bacteria intact. Indeed, there are recent anecdotal examples utilizing phages successfully to treat life-threatening infections from bacteria resistant to most if not all available antibiotics – a treatment known as phage therapy. Unfortunately, these treatments are and will continue to be hampered by inadequate information on how phages behave in the human body and the unforeseen consequences their introduction may have on the human host. Thus, phage therapy remains heavily regulated. At the current pace of research, it may be many years before phages are used routinely as anti-infective treatments. But make no mistake about it; the viruses that have evolved with us for so many years are not only part of our past, but will play a significant role in the future of human health.