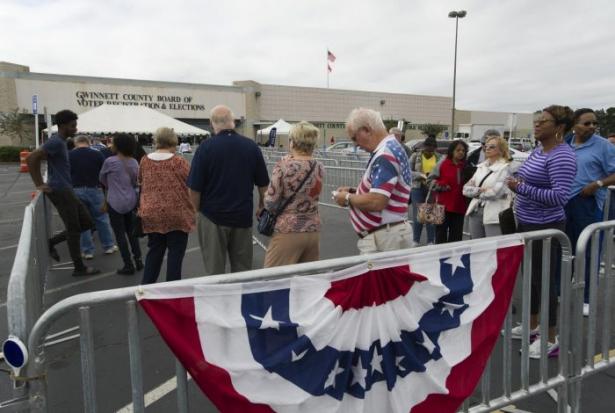 A widely condemned radio ad that suggests white Democrats will lynch African-Americans if they win in midterm elections in Arkansas next month.

‘Transgender’ Could Be Defined Out of Existence Under Trump Administration

The Department of Health and Human Services is spearheading an effort to establish a legal definition of gender under Title IX, that would essentially eradicate federal recognition of the estimated 1.4 million Americans who have opted to recognize themselves — surgically or otherwise — as a gender other than the one they were born into.

Reflections on Debating The Right

It can and should be done. But we’ve got to win.

McInnes is both advocating for imminent illegal activity and doing so with a reasonable certainty that that violence will actually transpire.

The Return of American Socialism

A largely millennial movement, with a surprisingly broad base of support, has staked its claim on the nation’s political discourse and direction.

Georgia Secretary of State Brian Kemp is accused of seeking to suppress the black vote ahead of his big election.

Remaining steadfast in the face of intimidation will likely decide a close race.