“The Ghost Script” Explores the Inside Story of Hollywood’s Blacklist

The Ghost Script: A Graphic Novel is the newly released final volume of a trilogy, and about as curious as anything from Feiffer’s pen, ever. 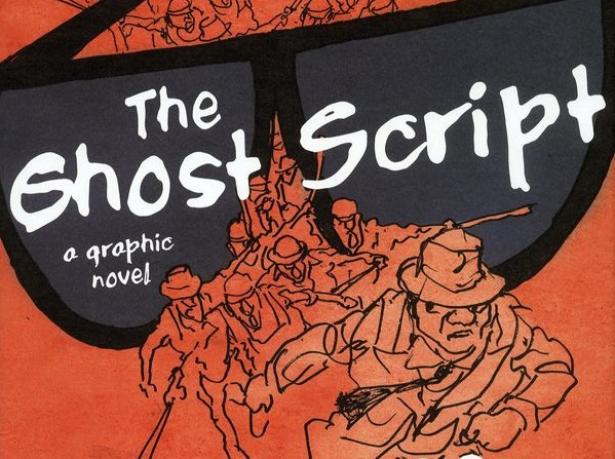 The Ghost Script: A Graphic Novel, the newly released final volume of a trilogy by Jules Feiffer, opens up the world of the Hollywood Blacklist., Jules Feiffer

Award-winning cartoonist, playwright and screenwriter Jules Feiffer cannot be eternal, but his work seems to have outlasted several lifetimes of his fans. I am amazed to say that from age 14, when I picked up Munro, the splendid satire of US military life, he has been on my own radar. Disproportionately a hero of New Yorkers because his work first appeared in The Village Voice, his fandom is scattered across the country and indeed, the planet.

The Ghost Script: A Graphic Novel is the newly released final volume of a trilogy, and about as curious as anything from Feiffer’s pen, ever. Perhaps because he will never see age 88 again, he has looked deeply inside himself, even as far as he did in the little classic The Great Comic Book Heroes, an essential recollection of his youth. This time, it’s a leftist, gangster-tinted tale of lower-middle-class Jews from the Depression years through the 1950s, told through the lives of a handful of representative figures.

Thereby, he arrives at the Hollywood Blacklist, its perpetrators, its victims and some who could be described as a combination of all these. From the late 1940s until well into the ‘60s, individuals identified by congressional investigators and the FBI as suspiciously pro-Communist were effectively barred from the film industry; even foreign productions with their names prevented from showing in the US. Those “friendly” witnesses who named their own friends managed to escape, and the “social” or progressive film genre effectively disappeared for a time, along with some of the most creative figures in the business. Some managed to continue their work, in films or television, by writing under the names of other writers or pen names. Feiffer fits in strangely here. He has often described himself as a member of the “non-Communist Left,” or more simply, “anti-Stalinist,” a looser category that has historically included socialists and liberals leaning toward Cold War enthusiasms and even neo-conservatism. 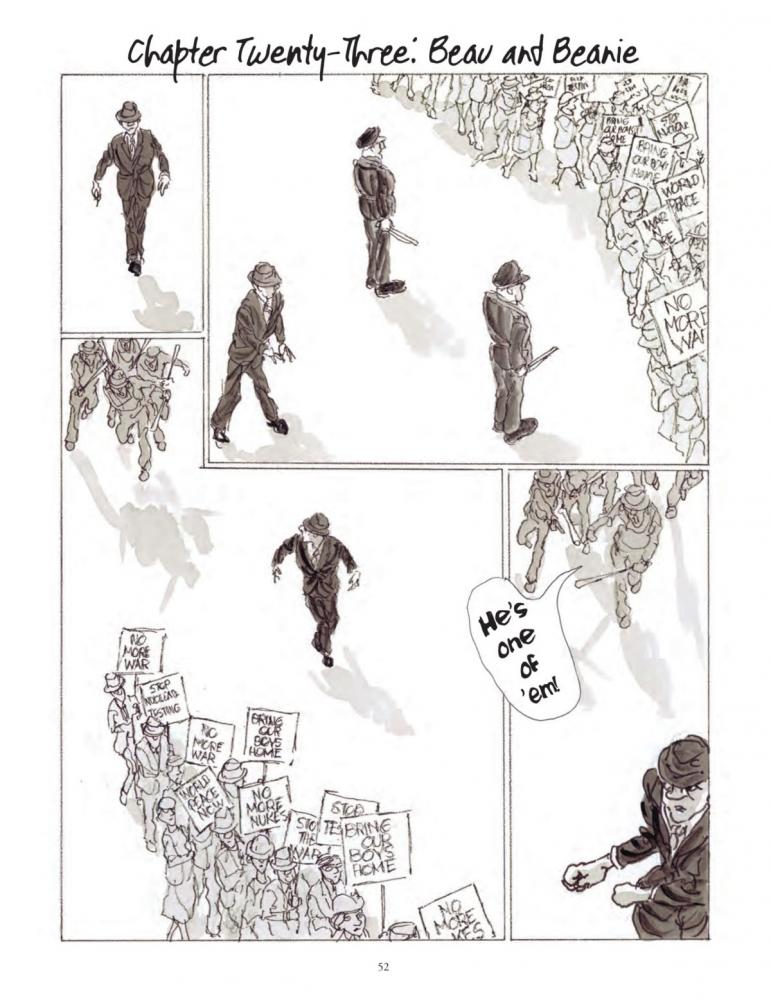 The story is told in jagged chapters, some of them only a page or two long, and is told to make maximum use of Feiffer’s sweeping strokes, still vivid and purposefully jarring. Likely difficult to follow even for the most devoted Feiffer readers, the narrative weaves around and around, intermittently coming all the way back to a certain murder in 1931. This detail, like much of the trilogy’s main themes and characters, proves to be part of an impossibly complicated plot related less to episodes in US history than to Feiffer’s own memories and impressions of a vanished time.

All this — with altered identities, raging right-wingers and enraged left-wingers, waving arms and occasional sexual activity — is at least in some ways the background for the blacklist story. As a scholar of the blacklist, I was nevertheless surprised to see Tender Comrades, a large and highly sympathetic volume of interviews that I co-edited, listed as one of the two major sources for his inspiration. I was equally surprised to note the acknowledgment of several of Feiffer’s long-blacklisted friends. He had never before, to my knowledge, expressed sympathy for the blacklistees in print. Two of these friends (both of them my own interviewees) — screenwriters Ring Lardner, Jr. and Walter Bernstein, along with playwright Lillian Hellman — have often been depicted precisely as enemies by liberals, as well as conservatives insisting the blacklist was no big deal and that its victims deserved what they got. Iconoclast to the end, Feiffer seems to come out on the side of the angels after all…. Or does he? 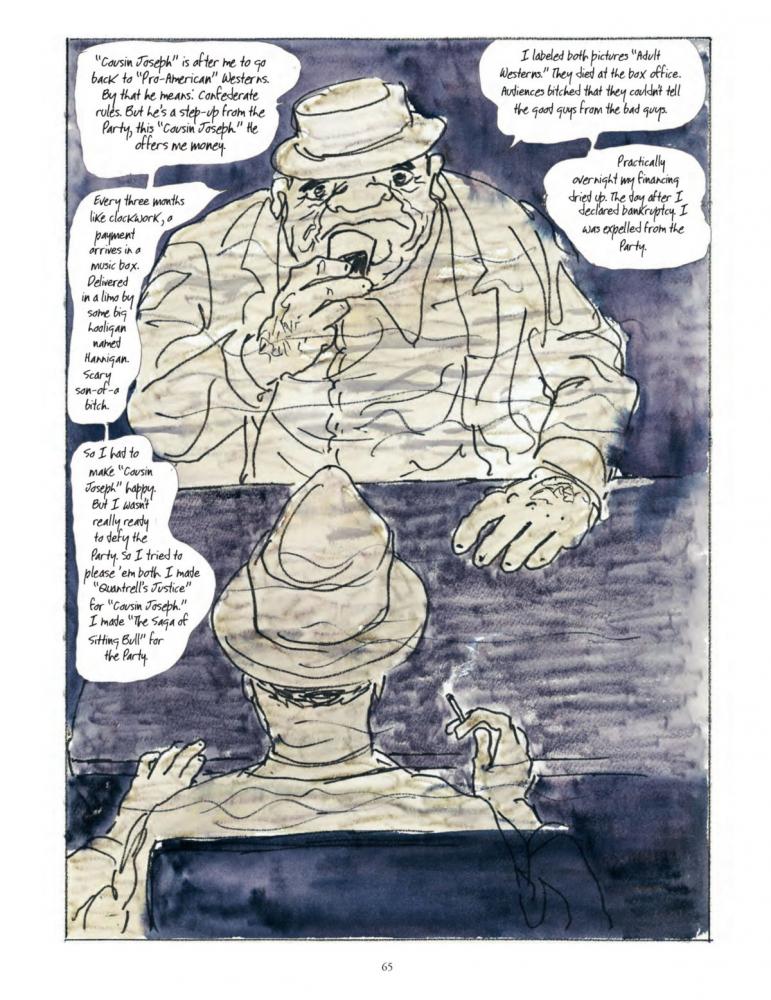 If we wish to treat this volume politically, Feiffer is at his sharpest in dealing with the mobsters. The International Alliance of Theatrical Stage Employees (IATSE), the stagehands’ union, was effectively controlled by the mob through the 1930s and ’40s, and played a key role in breaking the industry-wide strike of 1945-46. Influential in Hollywood, the mob effectively merged its efforts with professional accusers of “the Reds.” Indeed, IATSE President Roy Brewer effectively forbade the domestic showings of Salt of the Earth and other films, mostly written or directed by blacklistees abroad, for more than a decade. In Ghost Story, along with the FBI investigators, they repeatedly and accurately show up as thugs and creeps.

Living, intimate memories of these events are now growing so rare that The Ghost Script reminds us immediately of an insider novel, Black Sunset: Hollywood Sex, Lies, Glamour, Betrayal and Raging Egos, a roman à clef by Clancy Sigal, a studio agent and leftist activist of the early 1950s. As much an insider as Feiffer was an outsider to Hollywood, Sigal depicted a world of utter corruption, with agents handling left-wing writers struggling to survive within impossible circumstances. 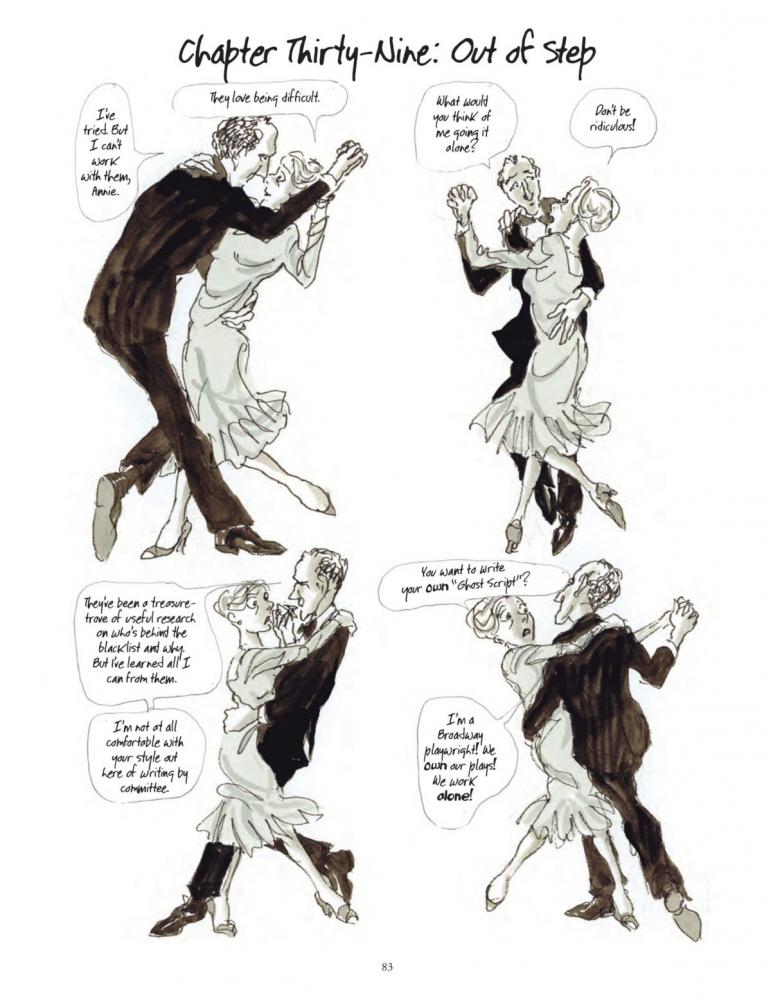 If Feiffer despises the blacklisters for their moral corruption and meanness, he seems not at all sure how much he likes the victims, notwithstanding the blacklist victims he acknowledged. Perhaps he admires those individuals he knew best, but recalls a certain contempt for their political views? Or perhaps, as longtime Feiffer observers have noted, his acerbic humor permits no one to escape a certain disdain. Or perhaps, what we see is an artistic expression after all. Thus, in The Ghost Script, we see a vividly but not kindly portrayed husband and wife, still owners of a Rolls Royce, who giggle at their maneuvering to sell scripts even amidst the blacklist. They look strangely, to me at least, like author and screenwriter Dashiell Hammett, desperate for money in real life, and Lillian Hellman who, again in real life, bore bitter frustration at her film scripts revised beyond recognition or art. 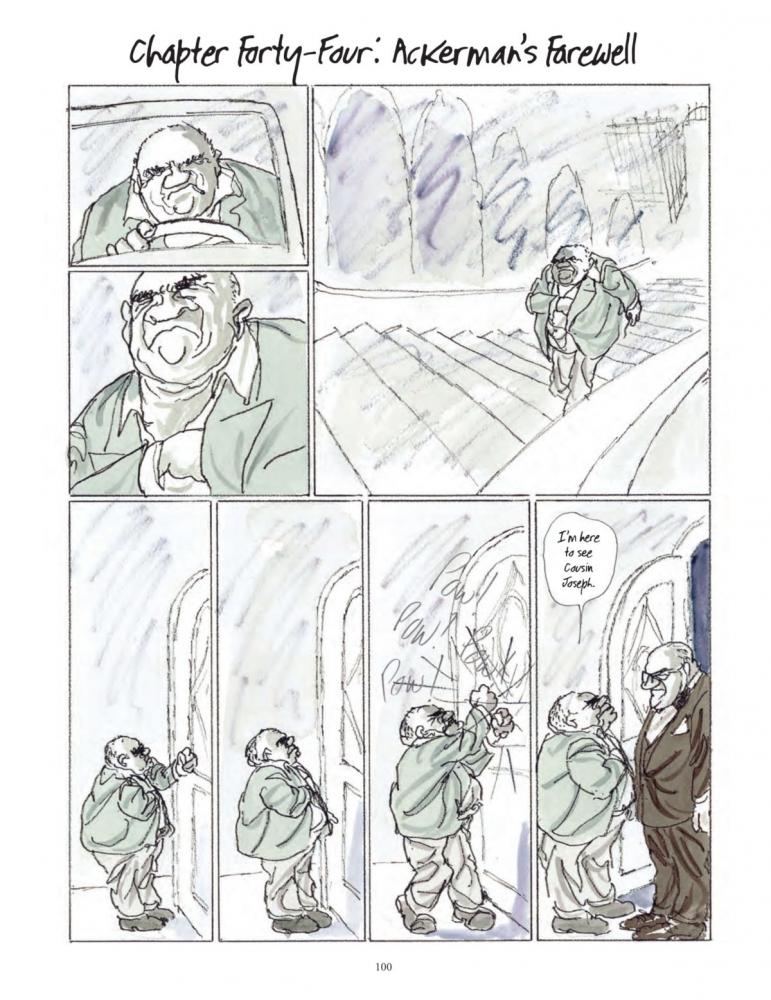 Perhaps it is too much to charge Feiffer with anything like a narrative obligation to present the historical (or cultural) issues clearly. Many of his best pages are pure action, from dancing to fistfights, and some of his best dialogue reflect characters lost in history, or lost inside themselves.

Feiffer’s talent is obviously inexhaustible, or at least he has not exhausted it yet. Personally, as a scholar of the blacklist, I wish he had treated the victims more gently, allowing some genuine heroism along with their victimhood. Even more, I wish he had dealt with their very real talent, expressed from the 1930s to the 1970s — when, returning to mainstream work, they were reviled again — in creating a long list of some of the best that Hollywood had. Still, as an artistic creation, as a work within the growing field of the graphic novel, Ghost Story is going to be on the comic reader’s shelf for a long time.

Paul Buhle is an editor of a dozen radical comics, most recently (with Lawrence Ware) of The Young C.L.R. James, drawn by Milton Knight.

Truthout is a nonprofit news organization dedicated to providing independent reporting and commentary on a diverse range of social justice issues. Since our founding in 2000, we have anchored our work in principles of accuracy, transparency, and independence from the influence of corporate and political forces.

Truthout works to spark action by revealing systemic injustice and providing a platform for progressive and transformative ideas, through in-depth investigative reporting and critical analysis. With a powerful, independent voice, we will spur the revolution in consciousness and inspire the direct action that is necessary to save the planet and humanity.

In order to remain free of bias and adhere to high editorial standards, Truthout accepts no advertising or corporate backing. Instead, we depend on our readers, and a handful of foundations who support our mission, to make our work possible: Donations from individual readers have accounted for an average 81 percent of our annual budget over the last five years. Readers and foundations who donate to Truthout do so in their knowledge that our editorial principles and judgment are in no way influenced by those donations — they support us not in spite of the fact that we scrupulously maintain our editorial independence (even when it comes to our largest contributors), but because of that integrity.  Donate to Truthout here.