Prolonged social isolation can do severe, long-lasting damage to the brain 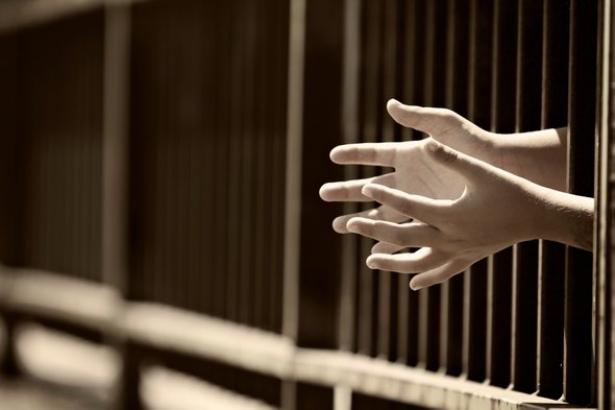 He was part of the “Angola Three”—a trio of men kept in solitary confinement for decades and named for the Louisiana state penitentiary where they were held. King was released in 2001 after a judge overturned his 1973 conviction for killing a fellow inmate. Since his exoneration he has dedicated his life to raising awareness about the psychological harms of solitary confinement.

“People want to know whether or not I have psychological problems, whether or not I’m crazy—‘How did you not go insane?’” King told a packed session at the annual Society for Neuroscience meeting here this week. “I look at them and I tell them, ‘I did not tell you I was not insane.’ I don’t mean I was psychotic or anything like that, but being placed in a six by nine by 12–foot cell for 23 hours a day, no matter how you appear on the outside, you are not sane.”

There are an estimated 80,000 people, mostly men, in solitary confinement in U.S. prisons. They are confined to windowless cells roughly the size of a king bed for 23 hours a day, with virtually no human contact except for brief interactions with prison guards. According to scientists speaking at the conference session, this type of social isolation and sensory deprivation can have traumatic effects on the brain, many of which may be irreversible. Neuroscientists, lawyers and activists such as King have teamed up with the goal of abolishing solitary confinement as cruel and unusual punishment.

Most prisoners sentenced to solitary confinement remain there for one to three months (pdf), although nearly a quarter spend over a year there; the minimum amount of time is usually 15 days. The most common reasons for being sent to solitary are for preventive measures, which can be indefinite, or for punishment, which is more likely to have a set end point. Several states have passed legislation limiting who can be in solitary confinement, including mentally ill and juvenile offenders, and for how long. The United Nations recommends banning solitary confinement for more than 15 days, saying any longer constitutes torture.

Even in less extreme cases than that of the Angola Three, prolonged social isolation—feeling lonely, not just being alone—can exact severe physical, emotional and cognitive consequences. It is associated with a 26 percent increased risk of premature death, largely stemming from an out of control stress response that results in higher cortisol levels, increased blood pressure and inflammation. Feeling socially isolated also increases the risk of suicide. “We see solitary confinement as nothing less than a death penalty by social deprivation,” said Stephanie Cacioppo, an assistant professor of psychiatry and behavioral neuroscience at the University of Chicago, who was on the panel with King.

For good or bad, the brain is shaped by its environment—and the social isolation and sensory deprivation King experienced likely changed his. Chronic stress damages the hippocampus, a brain area important for memory, spatial orientation and emotion regulation. As a result, socially isolated people experience memory loss, cognitive decline and depression. Studies show depression results in additional cell death in the hippocampus as well as the loss of a growth factor that has antidepressant-like properties, creating a vicious cycle. When sensory deprivation and an absence of natural light are thrown into the mix, people can experience psychosis and disruptions in the genes that control the body’s natural circadian rhythms. “Social deprivation is bad for brain structure and function. Sensory deprivation is bad for brain structure and function. Circadian dysregulation is bad,” said Huda Akil, a professor of neuroscience at the University of Michigan who was also on the panel. “Loneliness in itself is extremely damaging.”

King has experienced lasting cognitive changes from his time in solitary confinement. His memory is impaired and he has lost his ability to navigate, both of which are signs of damage to the hippocampus. At one point he was unable to recognize faces, but that problem has passed. Cacioppo speculated that social areas of his brain that were not being used, like those involved in facial recognition, might have atrophied during his time in solitary. Supporting this idea, recent research conducted in mice by neuroscientist Richard Smeyne at Thomas Jefferson University in Philadelphia and presented at the conference revealed that after one month of social isolation, neurons in sensory and motor regions of the brain had shrunk by 20 percent.

The question remains as to whether these neuronal changes are permanent or can be reversed. Akil said, however, she doubts “you can live through that experience and come out with the same brain you went in with, and not in a good way.”

King said he survived the ordeal because he recognized that his case was “politicized,” and bigger than himself. He and many supporters believe the Angola Three were targeted and falsely convicted because they were members of the Black Panther party. Their cases were later taken up by the United Nations as an example of the inhumanity of solitary confinement. According to Cacioppo, King’s connection to a larger group and larger purpose likely gave him the resilience to survive the ordeal. “Collective identity is protective against individual loneliness,” she noted.

By pairing their research with King’s experience, the neuroscientists on the panel hope to move the needle on people’s perspectives and policy around the issue. Jules Lobel, a professor of law at the University of Pittsburgh and the sole lawyer on the panel, thinks they can: Neuroscience research played a role in a class action lawsuit he won against solitary confinement in California. “Neuroscience can not only be a powerful tool for understanding the human condition,” he said, “but can also play an important role in changing the conditions that humans live under.”