The Senate Is an Institutional Barrier to Democracy

The United States is not the only supposedly democratic country saddled with an undemocratic upper legislative chamber (ours just has the most egregious malapportionment), but Americans have, so far, been the least willing to push back. 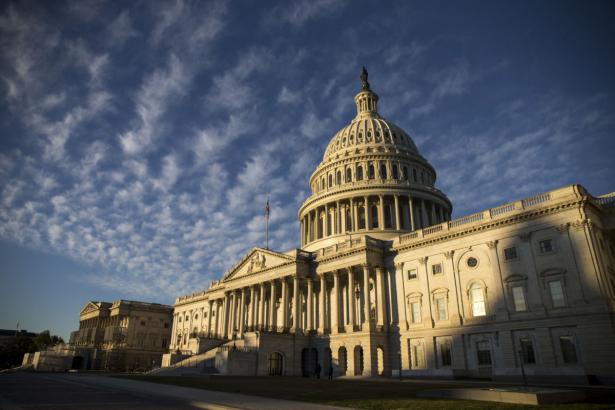 Electoral politics provides no sustainable path forward for a progressive agenda, unless the Senate is abolished or reformed., Zach Gibson / Getty Images

The 2018 midterms offer more proof that the US Senate must — someway, somehow — be democratically reformed or abolished. Unless projected outcomes in Arizona or Florida change, the Democratic Party stands to lose a net two Senate seats despite its senatorial candidates racking up, as counted so far, 46.7 million votes versus Republicans’ 33.8 million. Even entirely excluding the more than 6.4 million votes cast in California, where no Republican senatorial candidate appeared on the general ballot, Democrats still secured 6.4 million more votes nationally, an 8-percentage point lead.

Yes, the 2018 Senate map was historically bad for Democrats — but the map is always bad for Democrats. The 2020 map is no exception. While Republicans will be defending 21 seats to the Democrats’ 12, as the Cook Political Report notes, “The GOP has just three of their 21 seats that are up in states that Trump either lost or won by 5 points or less.” In order to take back the Senate, Democrats will have to: hold all of their seats, including Alabama; win both Maine and Colorado; and flip several seats in red states, an exceedingly unlikely outcome.

None of this should be surprising for a legislative body that gives 580,000 Wyomingites the same representation as 40 million Californians. Conservatives may counter that there are also “small” blue states, but the fact is that Republicans consistently benefit more. Senate Republicans have now captured the majority in 6 out of the last 10 Congresses without representing a majority of the public even once.

Short of a party realignment that decouples party politics from the small/large state divide (unlikely as long as rural voters remain more conservative and urban voters more progressive), malapportionment in the Senate will only get worse for Democratic voters. The Democratic Party could move further to the political right in an attempt to win more seats, the typical suggestion from pundits both conservative and liberal, but doing so may not work and does nothing to extend fair and meaningful representation to left-leaning voters in large coastal states. More Joe Manchins won’t fix the problem. Electoral politics provides no sustainable path forward for a progressive agenda, no matter how popular policies like Medicare-for-All and free college tuition have become, unless the Senate is abolished or reformed.

The conservative National Review dismisses the notion, claiming that “fundamentally remaking the Senate is a fantasy” given that the Constitution stipulates that “no state, without its consent, shall be deprived of its equal suffrage in the Senate.” It is no surprise to see conservatives discouraging challenges to the undemocratic institutions that favor their party. But similar arguments are coming from more liberal-leaning publications that find attacks on American constitutional institutions politically risky and ultimately for naught given that constitutional amendments require a two-third majority in both chambers of Congress and ratification by three-quarters of the states. Be realistic is the message. Writing for the Atlantic, David Frum warned Democrats that, while they may deplore undemocratic American institutions, these cannot be changed before 2020 and “in the interim, you must adapt. That means devising your political plans for the terrain you have, not the terrain you might wish for.”

But this is a myopic pragmatism. Malapportionment in the Senate, a vestige of state sovereignty from the early days of the union, now gives conservatives a nearly unbreakable hold over much of the federal government. Conversely, those seeking representation through the Democratic Party get less of a say on national legislation, as well as judicial and cabinet appointments that must be confirmed by the Senate. Winning the Senate majority once every decade or so in a blue-wave year won’t change these facts. For the left, acceptance of the Senate as it exists is neither pragmatic nor realistic — not if it wants to exercise political power. And if the left doesn’t challenge undemocratic institutions now, when its grievances are at an all-time high, then when?

The United States is not the only supposedly democratic country saddled with an undemocratic upper legislative chamber (ours just has the most egregious malapportionment), but Americans have, so far, been the least willing to push back. While many Canadian politicians are openly working to reform their own undemocratic Senate, criticism on this side of the border is mostly limited to left-wing thinkers and media. Even Don Beyer, Democratic Representative of Virginia and noted proponent of democratizing electoral reform in the House, has stopped short of calling for Senate reform, reminding the Atlantic that “We’re not America; we’re the United States of America,” the insinuation being that the nation is a union of co-equal, sovereign states, similar to the actual nations party to the United Nations, a comparison that falls short given that the states aren’t actually sovereign. The United Kingdom, on the other hand, has been largely successful in , an unelected and unrepresentative body that once shared power more equally with the more representative House of Commons. The Parliament Act of 1911 took away the upper chamber’s absolute veto power entirely for money bills and limited their power over most other legislation to a delay of no more than two years, further reduced to a single year in 1949. While still undemocratic and undergoing further reform, the House of Lords has been largely defanged.

Electoral politics provides no sustainable path forward for a progressive agenda, unless the Senate is abolished or reformed.

Of note, the reforms of the Parliament Act of 1911 were the result of a constitutional crisis of the House of Lords’ own making when it vetoed the “People’s Budget,” a progressive House of Commons budget raising taxes on land and the wealthy to fund new social welfare programs. The House of Lords ultimately acquiesced to the lower chamber, not only on the budget, but also the abolishment of its own veto power when King George V threatened to pack the upper chamber with enough new peers to create a Liberal Party majority.

While Democrats may never have the supermajorities needed to reform or abolish the Senate through constitutional amendment, there are ways to create similar constitutional crises that could force Republicans to the bargaining table. For instance, Democrats could threaten to pack the Supreme Court with progressive justices to counterbalance those appointed and confirmed by Republican presidents and Senate coalitions, respectively, that came to power without the mandate that electoral pluralities imply. Similarly, a Democratic Congress could threaten to “pack” the Senate by dividing Democratic strongholds into separate states. Article IV, Section 3 of the Constitution gives Congress the power to redraw states lines with permission of only those state legislatures that are directly affected; no constitutional amendment is necessary. There is ultimately little, besides democratic norms, preventing simple congressional majorities and the state of New York from dividing New York City into several states and giving each borough its own two senators.

Malapportionment in the Senate gives conservatives a nearly unbreakable hold over much of the federal government.

The US Constitution is a bumbling mess of a document capable of allowing all kinds of crises that put constitutional procedures at odds with democratic norms. The Senate, a powerful legislative body now controlled by 51 Republicans representing only 43 percent of the country, is just such a crisis and no less absurd than granting Brooklyn its statehood — we could, after all, fit the population of Wyoming into it four times over and then some.

The US Congress can be democratically reformed, the Senate perhaps even abolished, but it is likely to require the same kind of constitutional hardball that Republicans have been playing for years. There is political risk in making such destabilizing moves, but given how hopeless electoral politics are for the left under the status quo, there isn’t much to lose.

Truthout works to spark action by revealing systemic injustice and providing a platform for progressive and transformative ideas, through in-depth investigative reporting and critical analysis. With a powerful, independent voice, we will spur the revolution in consciousness and inspire the direct action that is necessary to save the planet and humanity. For more on our editorial approach, please read Remaking Media in the Pursuit of Justice and A Call to the Media: Let’s Go Beyond “Preserving Democracy.”

In order to remain free of bias and adhere to high editorial standards, Truthout accepts no advertising or corporate backing. Instead, we depend on our readers, and a handful of foundations who support our mission, to make our work possible: Donations from individual readers have accounted for an average 81 percent of our annual budget over the last five years. Readers and foundations who donate to Truthout do so in their knowledge that our editorial principles and judgment are in no way influenced by those donations — they support us not in spite of the fact that we scrupulously maintain our editorial independence (even when it comes to our largest contributors), but because of that integrity.