The exclusive focus on suburbs as if they are wall-to-wall white middle-class professionals supports a Democratic political strategy that wants to run against Trump’s offensive style and values rather than on a substantive economic-justice program... 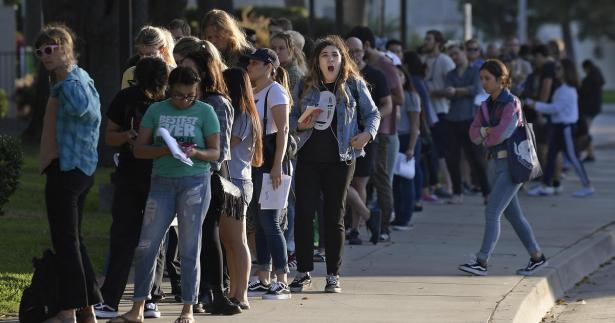 Two days after the mid-term elections, The Washington Post published an analysis under the headline “These wealthy neighborhoods delivered Democrats the House majority.”  That headline is false in several different ways, but it is being repeated among a large group of the punditry because it fits into a class narrative that sees affluent, college-educated white people who live in suburbs as citadels of tolerant decency while white folks without bachelor’s degrees, wherever they live, are wall-to-wall racist and sexist xenophobes.

There is some evidence for that narrative, as whites without bachelor’s degrees (who in electoral analyses are called “the white working class”) are among President Trump’s strongest supporters.  According to nationally aggregated exit polls, they voted for Trump by 37 points in 2016 and for GOP House candidates by 24 points in 2018.  In contrast, “educated whites” gave Trump only a 3-point advantage in 2016 and then flipped to Democratic candidates by 8 points in 2018.

A significant section of the punditry, including many Clinton Democrats, have latched on to this phenomenon to argue that the whole ballgame for the Dems, in 2018’s blue wave and for 2020, is about winning traditionally Republican suburbs while ignoring what’s left of their traditional base in the white part of the working class.  An important political shift is happening in suburbs, where half of all voters live,  but it is only one part of what generated the blue wave, and these suburbs are much more diverse and complicated places than the punditry allows.

The Washington Post analysis, for example, focused on six suburban districts outside Minneapolis, Los Angeles, Atlanta, Dallas, Richmond, and Washington, D.C., which voted for Hillary Clinton in 2016 while also sending Republicans to the House of Representatives.  All six, along with similar traditionally Republican suburban districts, flipped to Dems earlier this month.  These kinds of districts definitely played an important role in Democrats winning the House, and we should celebrate every country-club Republican who is outraged by Trump’s nationalist mendacity, racist dog whistles, old-fashioned male supremacy, or just plain crudeness.  But these districts are much more complicated than the “wealthy neighborhoods” contained within them, and most importantly, they are only one part of how the Democrats won the House.

Flips within the so-called white working class are proportionately more important.  First, while the GOP won among the white working class this year by 24 points, that is a substantial shift away from the 37-point advantage they gave Trump in 2016.  And because this group of whites represents 41% of all voters, compared with college-educated whites who make up only 31%, that 13-point shift produced some 6 million additional votes for Dem candidates versus the 4 million produced by the 11-point gain Dems achieved among the white middle class.  So unlike the widely cited pre-election prediction by Ronald Brownstein that the Dems’ blue wave would be an exclusively suburban tsunami, shifts toward the Dems among “poorly educated” whites were of greater importance than the shift in the metro suburbs.  In the exit polls, “non-whites,” including Blacks, Latinos, Asians, and Others, were about 29% of voters and gave Dems an overwhelming 54-point advantage – both numbers just 1-point higher than in 2016.  As the core of the Democratic base, people of color provide the foundation for any Democratic victory, but the shifts among both kinds of whites in 2018 account for the flip of the House.

Second, along with the dozen or so suburban districts they flipped, Dems also flipped at least 14 House districts that cannot be characterized as “suburban,” let alone “wealthy.”  Nate Silver highlighted many of these as “Obama-Trump” districts because they went for Obama in 2012 and Trump in 2016.  There were 21 such districts, mostly in Rust Belt states where there are large proportions of white working-class voters – including 6 in New York, 3 each in Iowa and Minnesota, 2 each in Illinois and New Jersey, and one each in Pennsylvania and Wisconsin.  Democrats won 14 of them, and that is at least as important as the “wealthy suburban districts” D.C. pundits continue to focus on.

What’s more, even in the traditional Republican suburban districts The Post chose to highlight, wealthy voters were not obviously more flippy than middle-income voters in those districts; those with household incomes in the $50-75k range also “surged” for Dems in comparison to their Republican pasts.  Two-thirds of suburban residents do not have bachelor’s degrees, and the largest group is middle income, not affluent, let alone “wealthy.”  Much of this is apparent from the data The Post authors report and display in various graphics, but they consistently emphasize the role of “the wealthy,” whom they apparently define as households with more than $100k in annual incomes.  According to their own graphic, of the 29 House seats that had flipped to Dems by the time they were writing, only three came from what they define as “wealthy” districts.  What’s more, in the nationally aggregated polls, Democrats failed to gain House votes versus the 2016 Trump vote in only one income category – those with household incomes of more than $100k. The Post analysis is correct in saying that “suburban neighborhoods . . . are trending increasingly left,” but they are wrong to assume that suburbs are uniformly affluent and college educated (or white).

Worse, their analysis tells only one half of the story of the Dems’ 2018 blue wave, and the smaller half at that.  The 13-point shift away from Republicans by working-class whites is important even if it did not produce a majority for Dems nationwide.  The difference between Clinton winning about 30% of that group in 2016 and Obama winning 40% of it in 2008 and 2012 is the difference between Democrats holding power or not.

The exclusive focus on suburbs as if they are wall-to-wall white middle-class professionals, which the influential Ron Brownstein continues to champion post-election, supports a Democratic political strategy that wants to run against Trump’s offensive style and values rather than on a substantive economic-justice program that could move toward renewing the kind of multi-racial, cross-class coalition that was such an important part of the Democrats’ 2008 sweep of executive and legislative power.  In my view, that would be a horrendous strategic mistake.  But worse, and not unrelated, it continues a moral narrative, common among many Clinton Democrats, that implicitly and often very explicitly values people with bachelor’s degrees over those without.  That attitude, as much as any strategic choice, adds toxicity to our already toxic Trumpian environment.

[Jack Metzgar is a retired professor of Humanities from Roosevelt University in Chicago, where he is a core member of the Chicago Center for Working-Class Studies. His research interests include labor politics, working-class voting patterns, working-class culture, and popular and political discourse about class.  He is a former President of the Working-Class Studies Association.]

Working-Class Perspectives was created in 2008 by the Center for Working-Class Studies at Youngstown State University.  The blog is currently housed in the Kalmanovitz Initiative for Labor and the Working Poor at Georgetown University.  KI develops creative ideas and practical solutions for working people that are grounded in a commitment to justice, democracy, and the common good.

The CWCS was the first interdisciplinary academic center in the country devoted to understanding and making visible working-class culture. For 17 years, its faculty, staff, and community affiliates taught courses, conducted research, and worked with community organizations on a wide variety of topics, including  working-class voting patterns, representations of class in the media and the arts, class in education, and the complex relationships among class, race, and other social categories.

The CWCS closed at the end of 2012, but the blog continues.  The CWCS Legacy Fund also provides continuing support for research, teaching, and community-based projects on working-class culture in the Mahoning Valley.