Vice is a picture that distills entire semesters worth of history, geopolitics, psychology, media theory, film studies, and military analysis into a historical comedy-drama that has netted far less attention and box office receipts than it deserved. 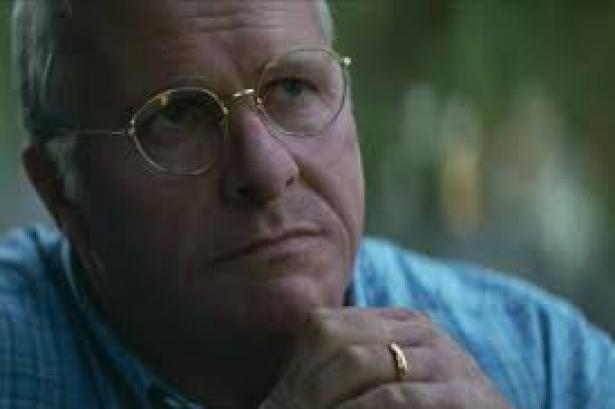 It might seem strange to start a review of a biopic about Dick Cheney, the most pivotal figure in American imperial politics since the end of the Cold War, with a digression on literary theory. But understanding it underwrites the entire modus operandi Adam McKay has put forward in Vice.

McKay has something very special with Vice that is not seen often enough in American cinema, a picture that distills entire semesters worth of history, geopolitics, psychology, media theory, film studies, and military analysis into a historical comedy-drama that has netted far less attention and box office receipts than it deserved.

So what is text?

Wikipedia says “a text is any object that can be ‘read’, whether this object is a work of literature, a street sign, an arrangement of buildings on a city block, or styles of clothing. It is a coherent set of signs that transmits some kind of informative message.”

Dick Cheney’s entire political career exists in a fifty year time span that was, objectively speaking, the most documented period in human history. From the early 1960s until the early 2010s, mass media proliferated globally at a rate and in a fashion unlike any other in history. Cinema, radio, television, video recording, and, most recently, the various channels of information dissemination created by the world wide web, from email to YouTube to blogging and social media — all were created and put into the hands of almost every living human being simultaneous with the career of the 46th vice president of the United States.

McKay is quite aware of this phenomenon and intentionally utilizes it as a parallel to the main plot of the story, exhibiting Cheney’s bio with everything from Super 8mm home movies to grainy television and home video recording and even cellphone videos. To add a further dimension and stroke of genius, McKay includes in this heterodox production the ultimate critique of popular media, the messaging focus group, a sort of Greek chorus dropped into this millennium that demonstrates the functionality of ideology and propaganda in our post-modern consumerist landscape. This is a picture that has a heartbeat you can feel viscerally as you watch it.

The major points to consider are the performances of Christian Bale as the titular antihero; Amy Adams as Lynne Cheney; Steve Carell as Donald Rumsfeld; and Sam Rockwell as George W. Bush. Each of them admirably takes on the gargantuan task of playing characters so well-known that only caricature can really do them service, and, oddly, that can make us empathize with them.

These are some of the most wretched, despicable war criminals of modern times. But by writing and portraying them as caricatures in a post-modern circus extravaganza, a kind of theater of the absurd with a finger on the red button, the audience feels an unintentional empathy with them.

Another consideration is the way gender, sexuality, and racism are handled with subtlety and genius. In these days of the nasty narcissistic white nationalist game show host president (something McKay makes repeated references to), it might be hard to remember that George W. Bush played dangerous courtship games with the hard right elements of the GOP’s fringe.

Like his father before him, Dubya marginalized the old liberal wing of his party, in his case by completely exorcising them from the body politic. (Google the name Lincoln Chafee for additional information.) Meanwhile, he solidified perhaps permanently the Faustian coalition between big business and white nationalists. McKay doesn’t shy away from this aspect but doesn’t smash the viewer over the head with moral platitudes.

Instead, gender dynamics are seen through the prism of Lynne Cheney’s role as a longtime culture warrior, the white woman who pushed back against 1970s feminism and presented herself as a loyal, Real American Wife© who reliably could be found standing by her man.

Sexuality is approached with a subplot around Mary Cheney, the lesbian daughter whose father (surprisingly for me) made a cement line with Dubya and said, “We are never talking about my daughter.” The denouement of that subplot, probably the most painful scene in the movie, ultimately demonstrates just how far Dick Cheney was willing to go in the name of his cynical goals.

Race is handled in two ways. First are random cutaways of Brown bodies being tortured and desecrated by America soldiers in various undisclosed locations during the War on Terror. Second, and more sublime, is the way Colin Powell is presented. Leaving aside the multiplicity of issues I have with how liberals esteem him, a nearly-unrecognizable Tyler Perry portrays Powell as a Black man whose precarious career, made to dangle by a thread owing to nothing more than his skin color, is both saved and ruined by his infamous February 2003 speech at the UN. In little more than a brief cameo, Perry brings to the forefront the extreme contradictions of being a Black man who aspires to overcome systemic white supremacy in America.

Unlike Oliver Stone’s much more whimsical W. from a decade ago, this is a tragicomedy that has grander Shakespearean aspirations. Because he is constantly shifting between real cinematic footage and archival texts from the past 50 years, including newscasts of the Dubya administration, it is a moving picture that creates a much more profound impact. Stone’s W. taught me a few things that I didn’t know. McKay’s Vice made me remember things that I experienced and felt as a person living in these United States in the 2000s. One gets the sense of peeping behind the curtains of an elaborate stage musical with Stone. McKay instead gives you a sense of profound déjà vu.

That of course leads to the final judgement I have, namely, whether I give a damn about the nuances of Dick Cheney’s position on gay marriage and how his lesbian Republican daughter felt about the way other Republicans were beating that horse in the 2000s. Maybe it is shallow and self-righteous for me to focus on that issue, particularly because of how reactionary marriage equality ultimately became and the way that it demonstrated a rightward turn not just in the wider public, but also in the LGBTQIA+ community’s politics.

This matters because I remember the very painful, very public Othering of queer folk in those days. I was a deeply closeted and depressed teenager sent to an all-male prep school (not exactly awful viewing material in the locker room but certainly a very homophobic place) who had a gut-level reaction to that dumb toad Dubya using the State of the Union address to pontificate about passing a Constitutional amendment to outlaw same-sex marriage. There are a lot of really stupid things that I decided to do as a teenager, caused by that pain, that underwrite a lot of struggles I am still confronting.

So no, I don’t give a rat’s ass about Mary Cheney. She and her despicable father were cowards and charlatans who did immense harm to millions of people globally in the name of their material gain. While McKay ends the picture with a Dick Cheney monologue where he self-righteously claims he is a martyred public servant felled upon his sword for God and country, the director presents this with just the right cynical edge to convince you that even if he actually believes the words he is saying, he is simply a sociopath.

In so doing, McKay approaches the longtime debating crux of major historical writing, namely whether the biographer subscribes to the Marxian notion of class forces that cause events or to Carlyle’s Great Man of History argument. Very few have every been able to pull off a fusion of the two, with the most notable exceptions being C.L.R. James’ Black Jacobins and Isaac Deutscher’s monumental biography of Leon Trotsky.

But further elaboration on that, of course, is the stuff of another text.

Andrew Stewart checks out a film that almost came and went with nary a peep owing to its Christmas Day release. He says it is one of that is worth seeking out while it is still in cinemas.