Attack of the Fanatical Centrists

The rest of us have no obligation to indulge centrist delusions. 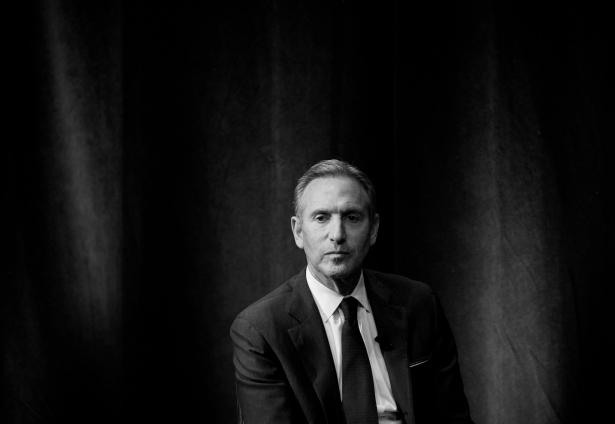 Why is American politics so dysfunctional? Whatever the deeper roots of our distress, the proximate cause is ideological extremism: Powerful factions are committed to false views of the world, regardless of the evidence.

Notice that I said factions, plural. There’s no question that the most disruptive, dangerous extremists are on the right. But there’s another faction whose obsessions and refusal to face reality have also done a great deal of harm.

But I’m not talking about the left. Radical leftists are virtually nonexistent in American politics; can you think of any prominent figure who wants us to move to the left of, say, Denmark? No, I’m talking about fanatical centrists.

Over the past few days we’ve been treated to the ludicrous yet potentially destructive spectacle of Howard Schultz, the Starbucks billionaire, insisting that he’s the president we need despite his demonstrable policy ignorance. Schultz obviously thinks he knows a lot of things that just aren’t so. Yet his delusions of knowledge aren’t that special. For the most part, they follow conventional centrist doctrine.

First, there’s the obsession with public debt. This obsession might have made some sense back in 2010, when some feared a Greek-style crisis, although even then I could have told you that such fears were misplaced. In fact, I did.

In any case, however, eight years have passed since Erskine Bowles and Alan Simpson predicted a fiscal crisis within two years unless their calls for spending cuts were heeded, yet U.S. borrowing costs remain at historical lows. These low borrowing costs mean that fears of snowballing debt are groundless; mainstream economists now tell us that “the risks associated with high debt levels are small relative to the harm cutting deficits would do.”

Schultz, however, still declares debt our biggest problem. Yet true to centrist form, his deficit concerns are oddly selective. Bowles and Simpson, charged with proposing a solution to deficits, listed as their first principle … reducing tax rates. Sure enough, Schultz is all into cutting Social Security, but opposes any tax hike on the wealthy.

Funny how that works.

In general, centrists are furiously opposed to any proposal that would ease the lives of ordinary Americans. Universal health coverage, says Schultz, would be “free health care for all, which the country cannot afford.”

And he’s not alone in saying things like that. A few days ago Michael Bloomberg declared that extending Medicare to everyone, as Kamala Harris suggests, would “bankrupt us for a very long time.”

Now, single-payer health care (actually called Medicare!) hasn’t bankrupted Canada. In fact, every advanced country besides America has some form of universal health coverage, and manages to afford it.

The real issue with “Medicare for all” isn’t costs — the taxes needed to pay for it would almost surely be less than what Americans now pay in insurance premiums. The problem instead would be political: It would be tricky persuading people to trade private insurance for a public program. That’s a real concern for Medicare-for-all advocates, but it’s not at all what either Schultz or Bloomberg is saying.

Finally, the hallmark of fanatical centrism is the determination to see America’s left and right as equally extreme, no matter what they actually propose.

Thus, throughout the Obama years, centrists called for political leaders who would address their debt concerns with an approach that combined spending cuts with revenue increases, offer a market-based health care plan and invest in infrastructure, somehow never managing to acknowledge that there was one major figure proposing exactly that — President Barack Obama.

And now, with Democrats taking a turn that is more progressive but hardly radical, centrist rhetoric has become downright hysterical. Medicare and Medicaid already cover more than a third of U.S. residents and pay more bills than private insurance.

But Medicare for all, says Schultz, is “not American.” Elizabeth Warren has proposed taxes on the wealthy that are squarely in the tradition of Teddy Roosevelt; Bloomberg says that they would turn us into Venezuela.

Where does the fanaticism of the centrists come from? Much of the explanation, I think, is sheer vanity.

The answer, all too often, is to retreat into a fantasy world, almost as hermetic as the right-wing, Fox News bubble. In this fantasy world, social democrats like Harris or Warren are portrayed as the second coming of Hugo Chávez, so that taking what is actually a conservative position can be represented as a brave defense of moderation.

But that’s not what is really happening, and the rest of us have no obligation to indulge centrist delusions.