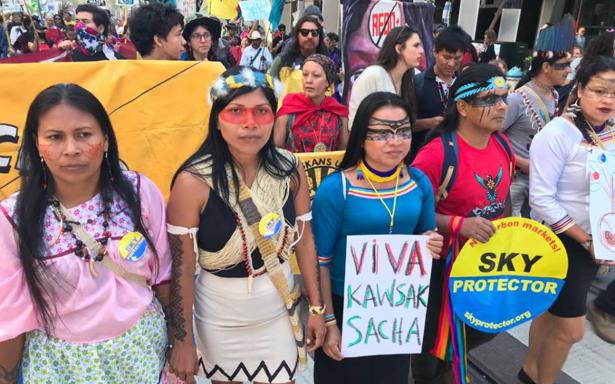 The ETUI organized an internal trade union discussion and a well-attended public conference, to explore the issue of increasing support for the far right across Europe, and assess trade union strategies for fighting those trends. Both events took place on 23 January in the International Trade Union House in Brussels.

The working class was supposed to have been edged out of active politics, but instead France’s elites have been frightened into making concessions by this winter’s uprising of the yellow vests. Its continuing popularity suggests that it is recasting French politics.

Protesters have rallied around cries of an essentially political nature, with "Liberty, peace and justice" the most common expression, as well as "Revolution is the people's choice." Both show the depth of the people's aspirations as well as the strength of the idea of a revolution. This has raised the game suddenly, and to previously unseen heights.

The events of summer and early fall 2018 surrounding the pension reform bill allow us to evaluate the position of each major political force that made a call for protest rallies.

In the last decade, nearly 1,000 spills have released an average of 4,000 gallons of petroleum per day, much of it into the watersheds of Indigenous communities along several important Amazon tributaries. The region’s four main ethnic groups—the Siona, Waorani, Kofan, and Secoya—gathered at Amisachoin 2017 to found the Ceibo Alliance.

Rosa Luxemburg was neither primarily a strategist like Lenin nor a theorist like Kautsky, neither a sceptic like Bernstein nor an organic intellectual like Gramsci. She was, rather, in an entirely Old Testament sense and yet also a very modern one, a prophet—a “guide on the path out of the house of slaves.”