Neoliberalism Is Killing Our Love Lives

Dependency and power imbalances brought on by capitalist financial insecurity are the enemies of true romance. Are all your relationship woes rooted in economic anxiety? Absolutely not. But by organizing collectively, we can become more empowered ... 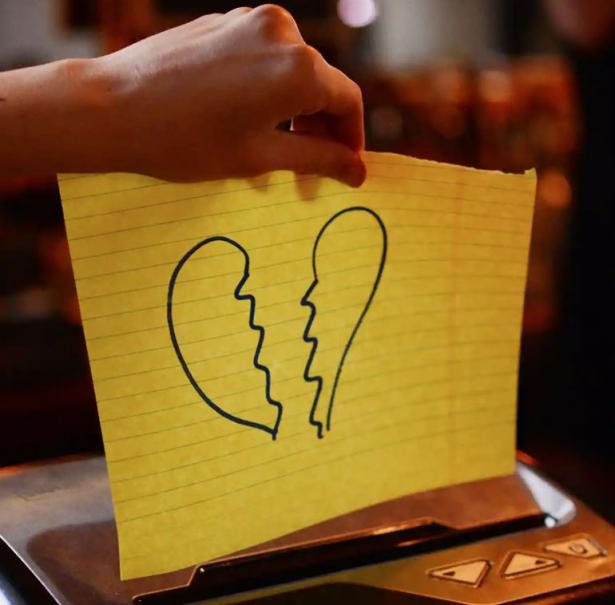 A broken heart drawn by a patron is shredded at Bottom Line, a bar and dance place in downtown D.C., which invites people to come and shred photos and cards from ex-spouses and lovers in honor of Valentine’s Day., Photograph: ASTRID RIECKEN/The Washington Post/Getty Images // The Guardian

For many of us, Valentine’s Day is a reminder that our love life sucks. Maybe we just had an unhappy end to a relationship, maybe we’re struggling to keep alive an existing one. For those of us, the conventional advice we receive is drab and unconvincing. Sure, having a regular date night to “keep the love alive” is just fine, I suppose. But if you really want to get the sparkle back, why not engage in a militant class struggle this Valentine’s Day instead?

You see, countries with powerful working-class movements tend to have more social rights and guarantees. And those protections can make your love life a lot less stressful.

Most Americans feel overwhelmed by their financial obligations, and it’s the leading cause of friction in relationships. That’s no surprise in a country where life is so precarious – where a trip to the hospital, a layoff, or shifts in the housing market can change everything. We’re overworked at our jobs and underpaid. Powerless to bargain for a better deal from our bosses, we zero-in on our partners’ spending habits or priorities instead.

Our financial insecurity also keeps us unhappily wedded to relationships we should leave. The median wage for a worker in the United States is $857 a week before taxes – most of us would struggle to take care of children on one income. For women, shouldering most of the burden of unpaid household work and dealing with workplace pay disparities, the situation is especially bad. What’s more, a quarter of women under 64 get their health insurance from their spouse’s plan. Loving marriages can be wonderful, but dependency and power imbalances are the enemies of true romance.

Things don’t have to be like this. And we needn’t imagine what a better alternative looks like – it already exists, just not here. A century ago, life in Scandinavia was just as cutthroat as it was in the United States. A 1902 New York Times articles describes Sweden as “the most feudal and oligarchical country in Europe” – only rivaled by Tsarist Russia. Contemporaries called the country an “armed poorhouse”. But, over time, capitalism in the region was humanized by socialists and trade unionists. Working people joined vast labor confederations to collectively demand higher wages and shorter workdays from their employers. They also joined new parties set up to fight for the interest of regular people in government.

As well as more fairly distributing income for workers, the system allowed people to meet their basic needs outside the workplace. Even at the peak of social democracy, life wasn’t perfect, but the changes were especially profound for women. Child allowances, family leave, child care, even the provision of school meals – all eased the pressures placed on them by society. Beyond such legislation, the principle of “equal pay for equal work” and industry-level trade union bargaining favored sectors that disproportionately employed women.

During the 1960s in Sweden, still not content with the progress toward sexual equality, the governing social democrats and feminists took steps to generate policy that encouraged “free development” for women, challenged traditional sex roles, and expanded abortion rights. Despite rollbacks to its welfare state, the country is still one of the most equal in the world (and parents there are still entitled to 480 days of paid parental leave, compared to zero days in most of the United States).

Kristen R Ghodsee, in her book Why Women Have Better Sex Under Socialism, observes a similar phenomenon in the Eastern Bloc. “Women [had] no economic reason to stay in abusive, unfulfilling, or otherwise unhealthy relationships” in countries where state guarantees meant that “personal relationships could be freed from market influences.” Of course, states like East Germany and Czechoslovakia were marked by political repression. But the experience of European social democracy shows that the same positives can be achieved in a far more liberal political environment.

And yes, as far as Ghodsee’s book title goes, there is proof that more secure people have better sex and are more sensitive lovers.

Will all these protections cure heartache? Are all your relationship woes rooted in economic anxiety? Absolutely not. But by organizing collectively, we can become more empowered as individuals. And when strong, free individuals decide to love they make for better partners.

[Bhaskar Sunkara is the founding editor of Jacobin magazine and a Guardian US columnist. He is also the author of The Socialist Manifesto: The Case for Radical Politics in an Era of Extreme Inequality.]