Chicago’s Homeless Are Freezing and Dying 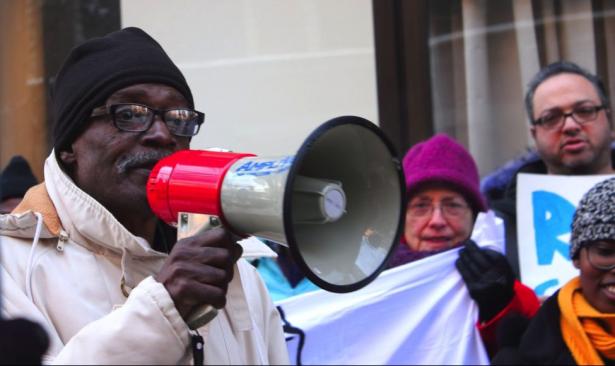 The polar vortex froze Chicago’s city streets with temperatures as low as minus 23 degrees. It was subzero for 52 hours straight. This was hard on everyone, but it hit the city’s 80,000 homeless the hardest.

I had a place to stay, but I saw a lot of people out there – freezing and dying – when they shouldn’t. I was thankful to be safe myself, but I had to sit back and say: This shouldn’t be happening. At all.

When we heard the vortex was coming, we knew people would die. We could count on that fact. That disgusted me.

What was the response of our Mayor, Rahm Emanuel? Too little. The city spent millions on buses and warming centers, and asked hospitals and non-profits to open their doors.

This was nice and all, but I thought to myself: Come on now, mister Mayor – and every one of you candidates who want to be our next Mayor – Let’s get these people – my people – housed.

That’s what you need to do.

Spend your money on homes for people – with warm beds, and roofs that don’t leak – instead of putting them on buses that burn up gas and dollars, just so they can sleep for a few hours before you send them out into the cold again.

My name is Jock Toles, and I am one of over 80,000 homeless individuals in Chicago. I am on the advisory board for Heartland Health Outreach and a leader with ONE Northside, a community organizing group fighting for affordable housing on the our city’s north side, and a member of People’s Action.

For 30 years, I have been working in social services as a caseworker and helping people find housing. I started my career in Jackson, Mississippi, but spent most of my time working on the northside of Chicago.

I am 68 years old. I retired at 65, and moved into a senior public housing building owned by the Chicago Housing Authority. After years of hard work, I was looking forward to my retirement. I had applied for unemployment and social security benefits, but because the new building I moved into failed to put my name on the mailbox, I didn’t get my checks in time. The building started a process of evicting me.

By the time my checks came, I was already in court. And now I am homeless, sleeping on a friend’s couch. This gives me a unique perspective, because I have been on both sides of the desk.

I grew up in Hyde Park, right next to the University of Chicago. We started a group there called HYPO (Hyde Park People’s Organization), because kids growing up in the neighborhood had hardly any resources. Now, I have been living on the northside of Chicago for over 20 years.

When I was ten, I remember going past the Pacific Garden Mission, a local shelter in Chicago. Back then, in the 1960s, the homelessness crisis was not what it is now. With the economy changing as it has, rent is skyrocketing, along with the cost of living – a person trying to stay above water ends up in the ground. 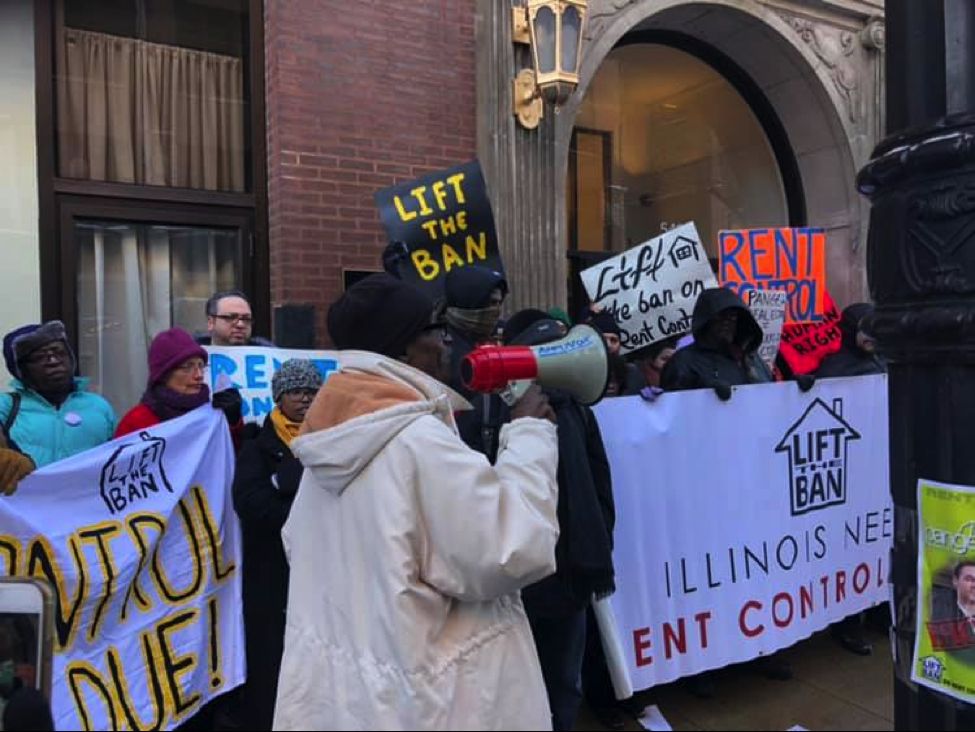 When I worked at a shelter, I would see people who had never been homeless before, with PhDs and Master’s degrees, who lost their job or had health issues. I remember working with a man who was Rhodes Scholar. He lost his job and a 25-year relationship, which is how he ended up at our shelter. On his first night, he wakes up, and all his stuff is gone, all his research papers are gone. People can and do take advantage of each other in situations like that. Not having a key to your own place can destroy your soul.

Guys with families can’t see or take care of their children, and they’re scared to be outside. I understand why: Homelessness takes away what dignity you have, and people just try to hold on.

In shelters, and on the streets, you see things a lot of things other people don’t see, so they don’t understand. You can wake up next to a dead man. I’ve seen dead babies. It’s not right.

When I first became homeless, I couldn’t believe it. I was mad. Then when I got into some of these places, and I saw how they treated some of their clients, it was like being in jail. This is not a game, I thought – these are people’s lives! You’re messing with our dignity.

Nowadays, if you don’t make at least $50,000 a year, you can’t afford to live in Chicago. Minimum wage jobs don’t cut it, especially if you’re a single mother flipping burgers to support her kids. Working people have been taking on the weight of everybody else and the rich for too long.

We are at a stage where nearly everyone in Chicago knows someone who is homeless, or in their family that is homeless.

In Chicago, we’ll vote for our new Mayor next week, on February 26. I’ve been watching the Mayoral Candidates Forums, and there has been a lot of talk about issues like gun violence and schools – but even after the polar vortex, when people died outside in the cold in our city, no one has any proposals about how to get people housed.

People blame the homeless for being in their situations, but being homeless is not a joke. People do not voluntarily enter this life: When the industrial jobs folded in Chicago, that wasn’t the workers’ fault. But they get blamed when they can’t pay the rent and have to be on 200 mile long waitlists to get housed. People are passing away while they wait to get off these lists.

We need social services, but what we are spending money on? We say it’s too expensive to build affordable housing, but how much money are we really saving as a country?

Shelters are not a permanent solution. We have floors of families in a little room, but not investing in real, permanent housing. Our social services set people up for failure, because they’re not provided the support to stay in their housing once they are housed.

Things like this wouldn’t happen if our lawmakers actually took the time to listen. We need rent control in the state of Illinois, and nationwide. We need full investment in public housing and allocating government funding to build that, not luxury development or entertainment. We need to change these empty buildings into subsidized housing.

Right now, the United States government is saying our housing crisis is not their problem, and the City of Chicago has been avoiding the issue. Instead, they give subsidies to projects like the Uptown Theater, which was offered $75 million dollars in public funding. It will probably cost $50 or more per ticket to go to an event there. Whose lives are we subsidizing?

Open your eyes: people are homeless everywhere you look in this city, and across the country. Every year, the Mayor puts on a Point in Time homeless count, but doesn’t count those of us sleeping on back porches, in cars, basements, on a friend’s couch or in casinos and airports.

Chicago is supposed to be a highly sophisticated city, a working city, and yet we’re in crisis. What is Housing and Urban Development doing? What is the Chicago Housing Authority doing?

To this day, I still can’t believe people are sleeping outside in Chicago. People are being left to die in this city, and until our lawmakers take this seriously and provide real, permanent solutions, they continue to have blood on their hands.

Support the Pledge to Fight for America's Future

We will resist Trump. But resistance is not enough.
We pledge that we will:*

Real change begins with a clear and coherent vision of a better America, and with citizens' movements dedicated to bringing that world into being. We offer this agenda for economic change in that spirit.