Reports from the biggest IWD turnout ever. 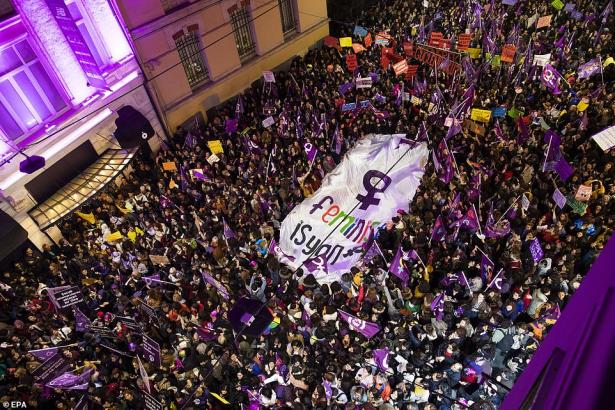 Mobilizations were held across the world as part of the Feminist Strike to reject patriarchal and capitalist violence and show the power and force of women, transgender and gender diverse people.

eBrochure on International Feminist Movements: And Still, It is Moving!

Massive Marches in Spain Display the Strength of the Feminist Movement

Demonstrations called on Friday, International Women’s Day, brought out an estimated 350,000 protesters in Madrid and 200,000 in Barcelona.

Maria Amélia de Almeida Teles fought the military dictatorship and was savagely tortured. She’s still resisting. ‘In the war against democratic progress, our very bodies are the territory being fought over.’

After women announced that they would gather in front of French Cultural Center in Taksim, İstanbul at 7.30 p.m for the 17th Feminist Night March, the police closed all roads leading to the İstiklal Avenue.

About 5,000 participants flocked to Gwanghwamun Square to celebrate International Women’s Day on March 8.

Hundreds turned out for protests in Khartoum and Omdurman that day, undeterred by the emergency measures.

Hundreds of sex workers take to the streets to protest laws they say are sexist and jeopardise their lives.