A radical idea is gaining adherents on the left. It’s the perfect way to blunt tech-driven inequality. 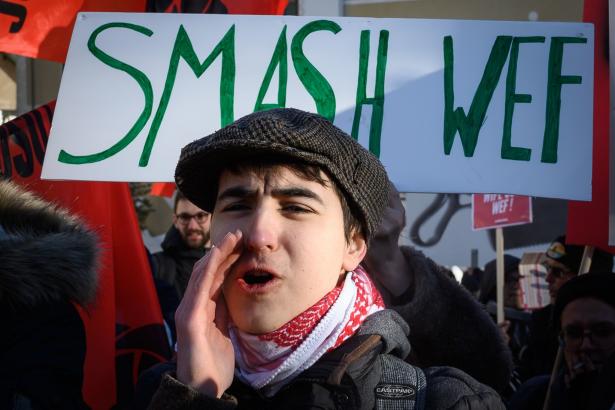 Last fall, Tom Scocca, editor of the essential blog Hmm Daily, wrote a tiny, searing post that has been rattling around my head ever since.

“Some ideas about how to make the world better require careful, nuanced thinking about how best to balance competing interests,” he began. “Others don’t: Billionaires are bad. We should presumptively get rid of billionaires. All of them.”

Mr. Scocca — a longtime writer at Gawker until that site was muffled by a billionaire — offered a straightforward argument for kneecapping the wealthiest among us. A billion dollars is wildly more than anyone needs, even accounting for life’s most excessive lavishes. It’s far more than anyone might reasonably claim to deserve, however much he believes he has contributed to society.

At some level of extreme wealth, money inevitably corrupts. On the left and the right, it buys political power, it silences dissent, it serves primarily to perpetuate ever-greater wealth, often unrelated to any reciprocal social good. For Mr. Scocca, that level is self-evidently somewhere around one billion dollars; beyond that, you’re irredeemable.

I cover technology, an industry that belches up a murder of new billionaires annually, and much of my career has required a deep anthropological inquiry into billionairedom. But I’m embarrassed to say I had never before considered Mr. Scocca’s idea — that if we aimed, through public and social policy, simply to discourage people from attaining and possessing more than a billion in lucre, just about everyone would be better off.

In my defense, back in October, abolishing billionaires felt way out there. It sounded radical, impossible, maybe even un-American, and even Mr. Scocca seemed to float the notion as a mere reverie.

But it is an illustration of the political precariousness of billionaires that the idea has since become something like mainline thought on the progressive left. Bernie Sanders and Elizabeth Warren are floating new taxes aimed at the superrich, including special rates for billionaires. Representative Alexandria Ocasio-Cortez, who also favors higher taxes on the wealthy, has been making a moral case against the existence of billionaires. Dan Riffle, her policy adviser, recently changed his Twitter name to “Every Billionaire Is A Policy Failure.” Last week, HuffPost asked, “Should Billionaires Even Exist?”

I suspect the question is getting so much attention because the answer is obvious: Nope. Billionaires should not exist — at least not in their present numbers, with their current globe-swallowing power, garnering this level of adulation, while the rest of the economy scrapes by.

I like to use this column to explore maximalist policy visions — positions we might aspire to over time rather than push through tomorrow. Abolishing billionaires might not sound like a practical idea, but if you think about it as a long-term goal in light of today’s deepest economic ills, it feels anything but radical. Instead, banishing billionaires — seeking to cut their economic power, working to reduce their political power and attempting to question their social status — is a pithy, perfectly encapsulated vision for surviving the digital future.

Billionaire abolishment could take many forms. It could mean preventing people from keeping more than a billion in booty, but more likely it would mean higher marginal taxes on income, wealth and estates for billionaires and people on the way to becoming billionaires. These policy ideas turn out to poll very well, even if they’re probably not actually redistributive enough to turn most billionaires into sub-billionaires. 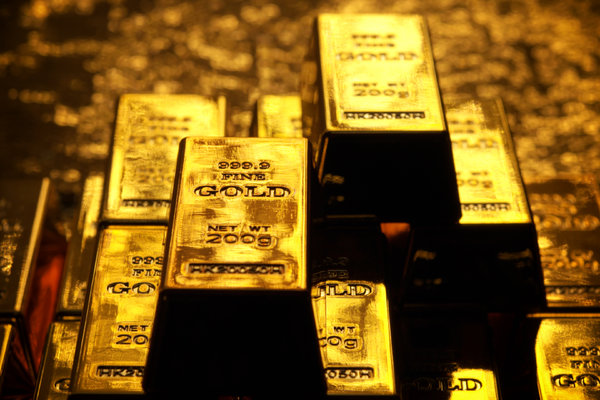 More important, aiming to abolish billionaires would involve reshaping the structure of the digital economy so that it produces a more equitable ratio of superrich to the rest of us.

Inequality is the defining economic condition of the tech age. Software, by its very nature, drives concentrations of wealth. Through network effects, in which the very popularity of a service ensures that it keeps getting more popular, and unprecedented economies of scale — in which Amazon can make Alexa once and have it work everywhere, for everyone — tech instills a winner-take-all dynamic across much of the economy.

We’re already seeing these effects now. A few superstar corporations, many in tech, account for the bulk of American corporate profits, while most of the share of economic growth since the 1970s has gone to a small number of the country’s richest people.

But the problem is poised to get worse. Artificial intelligence is creating prosperous new industries that don’t employ very many workers; left unchecked, technology is creating a world where a few billionaires control an unprecedented share of global wealth.

But abolishment does not involve only economic policy. It might also take the form of social and political opprobrium. For at least 20 years, we’ve been in a devastating national love affair with billionaires — a dalliance that the tech industry has championed more than any other.

I’ve witnessed a generation of striving entrepreneurs join the three-comma club and instantly transform into superheroes of the global order, celebrated from the Bay Area to Beijing for what’s taken to be their obvious and irrefutable wisdom about anything and everything. We put billionaires on magazine covers, speculate about their political ambitions, praise their grand visions to save the world and wink affectionately at their wacky plans to help us escape — thanks to their very huge and not-in-any-way-Freudianly-suggestive rockets — to a new one.

But the adulation we heap upon billionaires obscures the plain moral quandary at the center of their wealth: Why should anyone have a billion dollars, why should anyone be proud to brandish their billions, when there is so much suffering in the world?

As Ms. Ocasio-Cortez put it in a conversation with Ta-Nehisi Coates: “I’m not saying that Bill Gates or Warren Buffett are immoral, but a system that allows billionaires to exist when there are parts of Alabama where people are still getting ringworm because they don’t have access to public health is wrong.” (She meant hookworm, she later corrected.)

Last week, to dig into this question of whether it was possible to be a good billionaire, I called up two experts.

The first was Peter Singer, the Princeton moral philosopher who has written extensively about the ethical duties of the rich. Mr. Singer told me that in general, he did not think it was possible to live morally as a billionaire, though he made a few exceptions: Mr. Gates and Mr. Buffett, who have pledged to give away the bulk of their wealth to philanthropy, would not earn Mr. Singer’s scorn.

But most billionaires are not so generous; of the 2,200 or so billionaires in the world — about 500 of whom are American — fewer than 200 have signed the Giving Pledge created by Bill and Melinda Gates and Mr. Buffett.

“I have a moral concern with the conduct of individuals — we have many billionaires who are not living ethically, and are not doing nearly as much good as they can, by a wide margin,” Mr. Singer said.

Then there is the additional complication of whether even the ones who are “doing good” are actually doing good. As the writer Anand Giridharadas has argued, many billionaires approach philanthropy as a kind of branding exercise to maintain a system in which they get to keep their billions.

When a billionaire commits to putting money into politics — whether it’s Howard Schultz or Michael Bloomberg or Sheldon Adelson, whether it’s for your team or the other — you should see the plan for what it is: an effort to gain some leverage over the political system, a scheme to short-circuit the revolution and blunt the advancing pitchforks.

Which brings me to my second expert on the subject, Tom Steyer, the former hedge-fund investor who is devoting his billion-dollar fortune to a passel of progressive causes, like voter registration and climate change and impeaching Donald Trump.

Mr. Steyer ticks every liberal box. He favors a wealth tax, and he and his wife have signed the Giving Pledge. He doesn’t live excessively lavishly — he drives a Chevy Volt. Still, I wondered when I got on the phone with him last week: Wouldn’t we be better off if we didn’t have to worry about rich people like him trying to alter the political process?

Mr. Steyer was affable and loquacious; he spoke to me for nearly an hour about his interest in economic justice and his belief in grass-roots organizing. At one point I compared his giving with that of the Koch brothers, and he seemed genuinely pained by the comparison.

“I understand about the real issues of money in politics,” he said. “We have a system that I know is not right, but it’s the one we got, and we’re trying as hard as possible to change it.”

And some, I assume, are good people.

Farhad Manjoo became an opinion columnist for The New York Times in 2018.  Before that, he wrote The Times’ State of the Art column, covering the technology industry’s efforts to swallow up the world. Mr. Manjoo has also written for Slate, Salon, Fast Company and The Wall Street Journal. To his chagrin, his 2008 book, “True Enough: Learning to Live in a Post-Fact World,” accurately predicted our modern age of tech-abetted echo chambers and “alternative facts.” @fmanjoo • Facebook