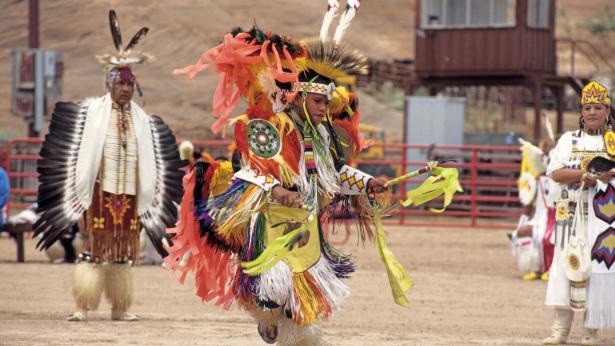 Lawmakers at state and federal levels are, in many cases, making the problem worse by raising "politicized and one-sided alarms over the state of free speech" on campuses.

Buying the Kids a Higher Education

By Caitlin Flanagan
April 4, 2019
The Atlantic

The parents indicted in the college-admissions scandal were responding to a changing America, with rage at being robbed of what they believed was rightfully theirs.

Fate of the Foodie

Food culture has never been bigger. It's also never been more controversial.

Locking Immigrants in ‘Camps’ Is the New American Normal

Where a person is categorized as illegal — as undocumented immigrants have been — they can more seamlessly be treated as if their existence is a crime.

The artist/activist was shot and killed in his own community, which he spent his career investing in.

New Mexico will celebrate Indigenous Peoples' Day from now on, making it the fifth state in the country to rename the October holiday.

A Dystopian Accessory is Born

The air is getting more dangerous to breathe all over the world — and a suite of companies are hoping to capitalize with a new fashion item.