The public will be invited to lend their own computers to help the scientific community unlock the secrets contained in gravitational waves observed when black holes smash together. 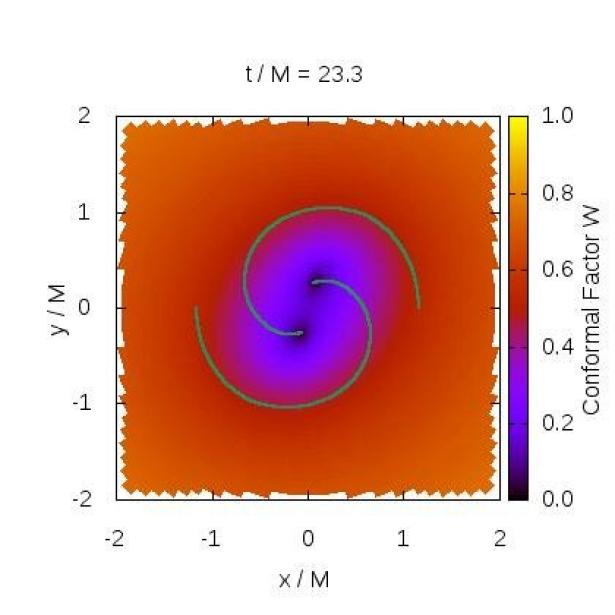 Researchers hoping to better interpret data from the detection of gravitational waves generated by the collision of binary black holes are turning to the public for help.

West Virginia University assistant professor Zachariah Etienne is leading what will soon become a global volunteer computing effort. The public will be invited to lend their own computers to help the scientific communityunlock the secrets contained in gravitational waves observed when black holes smash together.

LIGO's first detection of gravitational waves from colliding black holes in 2015 opened a new window on the universe, enabling scientists to observe cosmic events spanning billions of years and to better understand the makeup of the Universe. For many scientists, the discovery also fueled expansion of efforts to more thoroughly test the theories that help explain how the universe works—with a particular focus on inferring as much information as possible about the black holes prior to their collision.

First predicted by Albert Einstein in 1916, gravitational waves are ripples or disturbances in space-time that encode important information about changing gravitational fields.

"As our gravitational wave detectors become more sensitive, we're going to need to greatly expand our efforts to understand all of the information encoded in gravitational waves from colliding binary black holes," Etienne said. "We are turning to the general public to help with these efforts, which involve generating unprecedented numbers of self-consistent simulations of these extremely energetic collisions. This will truly be an inclusive effort, and we especially hope to inspire the next generation of scientists in this growing field of gravitational wave astrophysics."

His team—and the scientific community in general—needs computing capacity to run the simulations required to cover all possibilities related to the properties and other information contained in gravitational waves.

"Each desktop computer will be able to perform a single simulation of colliding black holes," said Etienne. By seeking public involvement through use of vast numbers of personal desktop computers, Etienne and others hope to dramatically increase the throughput of the theoretical gravitational wave predictions needed to extract information from observations of the collisions.

Black holes are known to contain two physical quantities: spin and mass. Spin, for example, can then be broken down further into direction and speed. Etienne's colleagues, therefore, are examining a total of eight parameters when LIGO or Virgo detect waves from a collision of two black holes.

"The simulations we need to perform, with the public's help, are designed to fill large gaps in our knowledge about gravitational waves from these collisions by covering as many possibilities as we can for these eight parameters. Current black hole simulation catalogs are far too small to properly cover this wide space of possibilities," Etienne said.

"This work aims to provide a critical service to the scientific community: an unprecedented large catalog of self-consistent theoretical predictions for what gravitational waves may be observed from black hole collisions. These predictions assume that Einstein's theory of gravity, general relativity, is correct, and therefore will provide deeper insights into this beautiful and complex theory. Just to give you an idea of its importance—if the effects of Einstein's relativity theory weren't accounted for, GPS systems would be off by kilometers per day, just to name one example."

Etienne and his team are building a website with downloadable software based on the same Berkeley Open Infrastructure for Network Computing, or BOINC, system used for the SETI@Home project and other scientific applications. The free middleware system is designed to help harness the processing power of thousands of personal computers across the globe. The West Virginia team has named their project BlackHoles@Home and expects to have it up and running later this year.

They have already established a website where the public can begin learning more about the effort: https://math.wvu.edu/~zetienne/SENR/.