Skyrocketing animal diversity a half-billion years ago was linked to spikes and dips in marine oxygen levels, according to a detailed geological study.

These fossils from the recently discovered Qingjiang site in China — an excitingly rich record of the early Cambrian Period more than a half-billion years ago — show a jellyfish, a comb jelly and a “mud dragon” (kinorhynch). Samples from another site in S, Dongjing Fu et al.

For more than a billion years after animal life arose, it stagnated in simplicity; sponges represented the height of complexity. Then around 541 million years ago, the pace of life’s transformation abruptly accelerated. This period, known as the Cambrian explosion, roughly bracketed the appearance of nearly all major animal groups alive today.

Within a few tens of millions of years, a geologic blink, the living world expanded into a semblance of its current fullness. Although recent work suggests that important and sudden expansions in animal biodiversity also happened before and after the Cambrian explosion, there is no doubt that it was an extraordinary and baffling episode in evolutionary history.

Why animal life got more complicated in such a hurry remains a burning question for paleontologists and evolutionary theorists. Was it just a matter of evolving the right combination of genes? Or were environmental factors limiting life’s possible forms, forcing it to wait until sufficient oxygen or other essentials could support more complexity?

A paper published earlier this week in Nature Geoscience offers detailed support for the idea that oxygen and animal diversity are positively linked, but with a twist.

Instead of oxygen levels gradually increasing, Cambrian seas underwent rapid periods of oxygen booms and busts, the paper argues. The international team of chemists, paleontologists and biogeochemical modelers behind the work tied these rapid fluctuations in oxygen to bursts of diversification and extinction during the Cambrian explosion.

Whether these leaps in animal diversity stemmed from a generally greater availability of oxygen or from the gas’s rapid boom-and-bust cycle during this period is unclear. But these results suggest that the linkage between increasing oxygen and the rise of animal complexity was no coincidence.

“This is an important contribution,” said Rachel Wood, a paleontologist at the University of Edinburgh who was not involved in this study. “There is almost a cottage industry of papers trying to document rising oxygen levels during this time frame, but integrating those data with high-resolution paleontological data has been challenging,” she said. “These researchers have done their best to do just that, and the result is really interesting.”

The idea that oxygen was a prerequisite for the evolution of more complex and dynamic life has been around for decades. Aerobic respiration, based on oxygen, provides metabolic energy about 18 times as efficiently as anaerobic respiration does. More complicated bodies and ways of life based on hunting (and evading hunters) require this metabolic boost. The thinking goes that complex life couldn’t emerge without adequate fuel.

Intuitive as that hypothesis is, establishing concrete evidence for it has been challenging because you can’t directly measure the concentration of oxygen that was in the Cambrian oceans — dissolved gas doesn’t fossilize. Instead, researchers have tried to probe the past by looking at sedimentary proxies: iron, carbon or sulfur compounds in geological strata with properties that can be measured and put into models to infer ancient oxygen levels. 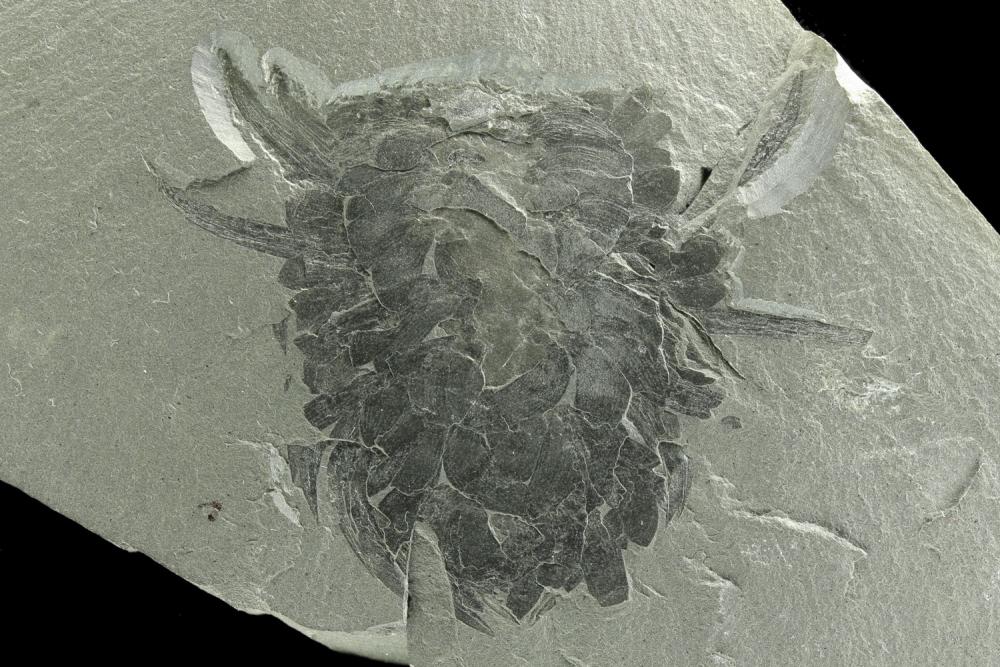 Wiwaxia corrugata , an ancient species of animal with scales and spines covering its soft body, was preserved in the Burgess Shale formation from the Cambrian.

The early ocean had no oxygen, explained Tianchen He, a paleontologist at the University of Leeds and the lead author of the study. Photosynthetic microbes in the seas introduced the early Earth to oxygen, “but photosynthesis wasn’t the major regulator of oxygen at this time,” he said. Instead, natural cyclic processes in the ocean, such as the carbon and sulfur cycles, determined how much oxygen made it to the surface. For example, carbon is continually exchanged between the atmosphere (as carbon dioxide) and the oceans (as carbonic acid or carbonate) through the carbon cycle, thereby changing ocean chemistry, which affects oxygen levels.

Researchers had measured changes in the composition of organic carbon and sulfur through the geological record to model ancient ocean chemistry and oxygen levels, but never in an area that allowed a high-resolution comparison to the fossil record, according to Wood. Never, that is, until the new study by He and his colleagues.

A location in Russia called the Siberian Platform, between the Yenisey and Lena Rivers, presented a good opportunity for them, as it contains an extensive and continuous carbon and sulfur record alongside one of the richest fossil beds of the Cambrian. The ancient shallow seabed “represents more than half of the global Cambrian biodiversity,” He said. “It’s a unique place, but very remote.” The samples were collected by a team of Russian and Chinese researchers in 2008, who reached the site by boat and helicopter.

The Cambrian explosion wasn’t a singular event. It happened in spurts, in rises and falls.

Geological slice by geological slice, the researchers compared the modeled oxygen levels and the diversity of fossils, revealing a volatile history. In the span of about 10 million years, between 524 and 514 million years ago, this shallow Siberian sea underwent five distinct oxygen spikes.

“These fluctuations are fairly extreme,” said He, explaining that each spike and dip constituted about a 50 percent increase or decrease in oxygen levels. “Previous studies suggest that oxygen levels during the Cambrian were about 40 percent of today’s atmospheric levels,” He said. “Fifty percent swings are pretty enormous.”

Each pulse of oxygenation corresponded with a local high in biodiversity, while dips in oxygen levels were associated with higher rates of extinction. For example, a pulse between 521 and 522 million years ago was associated with the appearance of numerous shelled animals, including trilobites and bivalved arthropods. A couple of million years later, the next pulse was coincident with a rise in large predatory arthropods and evidence of increased predatory behavior.

“The Cambrian explosion wasn’t a singular event. It happened in spurts, in rises and falls,” He said. “In our study, the rise and fall of oxygen levels correlated with these spurts of [evolutionary] radiation.”

For Wood, “The data pretty clearly show a positive correlation.” She added, “The more interesting question is: why?” One explanation is that these pulses of oxygenation rapidly expanded how much of the shallow seas were habitable. More physical space gives life more breathing room to diversify, literally and figuratively. According to He, each pulse of oxygen allowed an expansion of forms and ways of living. This in turn created more opportunity for ecological interactions, like “coevolutionary arms races” between sets of predators and prey, that could further accelerate diversification.

Equally important are the dips in oxygen, according to Wood. “Often, hot on the heels of an extinction comes a radiation,” she said. These rapid fluctuations of oxygen, potentially causing an expansion and contraction of the inhabitable space, could be acting like a bellows fueling the fire of increased diversity. “The sheer dynamic nature of these big fluxes could be what’s causing this evolution. If you had just one pulse of oxygenation, you’d have just one radiation,” she said. “Maybe these multiple pulses are what’s really shaking things up.”

It’s unclear what caused this yo-yoing. He thinks it could have been an inherent self-regulating mechanism of the early oceans, something that arose out of natural chemical cycling. A more controversial idea, reported in Quanta last year, flips the causal chain, suggesting that greater animal diversity resulted in more animals moving through the water column, which in turn caused more mixing of the ocean waters, boosting oxygen levels.

He emphasizes that increased oxygen isn’t the sole cause of increased diversity. Once complexity evolved, it could compound itself, driven by ecological interactions. But He argues that for this to be possible, higher oxygen levels were necessary.

This study represents just one local slice of geological history. He hopes to repeat the same high-resolution analysis in other parts of the world to corroborate the pattern seen in Siberia. (As He and his colleagues mentioned in their paper, some previous research in China yielded similar results.) Additionally, Wood hopes future research will be able to expand these studies into the earlier Ediacaran Period, from before about 542 million years ago, and into later parts of the Cambrian Period, to see if these patterns are unique to this time or more universal.

“It’s really exciting to see more of these large international collaborations,” Wood said. “These are complicated, multidisciplinary questions which require diverse teams to answer them.”

Jonathan Lambert is an evolutionary biologist turned freelance science writer based in Washington, D.C. His work has appeared in Quanta Magazine, NPR and Scientific American, and he was a AAAS Mass Media fellow at the Dallas Morning News. Before writing, he was an assistant producer for Brains On! a science podcast for kids fromAmerican Public Media.

Quanta Magazine is an editorially independent online publication launched by the Simons Foundation to enhance public understanding of science.