The world has enough water for 7 billion people, but not if countries waste, hoard, or weaponize it. Ongoing tensions over Kashmir have transformed water into a national security issue for both India and Pakistan. 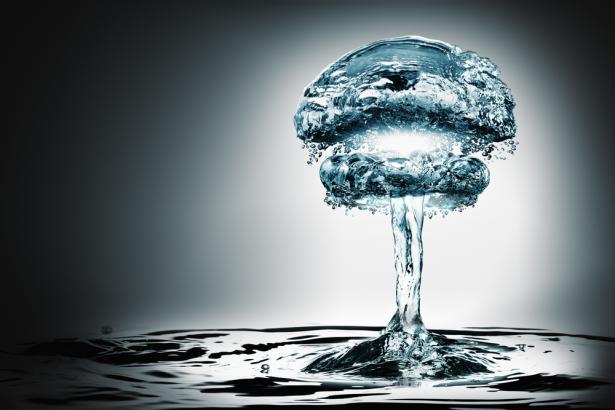 By 2025, two-thirds of the world’s population could be under “water stress” conditions, setting the groundwork for conflict and wars., credit: Shutterstock // Foreign Policy in Focus

During the face-off earlier this year between India and Pakistan over a terrorist attack that killed more than 40 Indian paramilitaries in Kashmir, New Delhi made an existential threat to Islamabad. The weapon was not India’s considerable nuclear arsenal, but one still capable of inflicting ruinous destruction: water.

“Our government has decided to stop our share of water which used to flow to Pakistan,” said Indian Transport Minister Nitin Gadkarikin on February 21. “We will divert water from eastern rivers and supply it to our people in Jammu and Kashmir and Punjab.” India controls three major rivers that flow into Pakistan.

If India had followed through, it would have abrogated the 1960 Indus Water Treaty (IWT) between the two counties, a move that could be considered an act of war.

In the end, nothing much came of it. India bombed some forests, and Pakistan bombed some fields. But the threat underlined a growing crisis in South Asia, where water-stressed mega-cities and intensive agriculture are quite literally drying the subcontinent up. By 2030, according to a recent report, half the population of India — 700 million people — will lack adequate drinking water. Currently, 25 percent of India’s population is suffering from drought.

While relations between India and Pakistan have long been tense — they have fought three wars since 1947, one of which came distressingly close to going nuclear — in terms of water sharing, they are somewhat of a model.

After almost a decade of negotiations, both countries signed the IWT in 1960 to share the output of six major rivers. The World Bank played a key role by providing $1 billion for the Indus Basin Development Fund.

But the ongoing tensions over Kashmir have transformed water into a national security issue for both countries. This, in turn, has limited the exchange of water and weather data, making long-term planning extremely difficult.

The growing water crisis is heightened by climate change. Both countries have experienced record-breaking heat waves, and the mountains that supply the vast majority of water for Pakistan and India are losing their glaciers. The Hindu Kush Himalaya Assessment report estimates that by 2100, some two-thirds of the area’s more than 14,000 glaciers will be gone.

India’s response to declining water supplies, like that of many other countries in the region, is to build dams. But dams not only restrict downstream water supplies, they block the natural flow of silt. That silt renews valuable agricultural land and also replenishes the great deltas, like the Ganges-Brahmaputra, the Indus, and the Mekong. The deltas not only support fishing industries, they also act as natural barriers to storms.

The Sunderbans — a vast, 4,000 square-mile mangrove forest on the coasts of India and Bangladesh — is under siege. As climate change raises sea levels, upstream dams reduce the flow of freshwater that keeps the salty sea at bay. The salt encroachment eventually kills the mangrove trees and destroys farmland. Add to this increased logging to keep pace with population growth, and Bangladesh alone will lose some 800 square miles of Sunderban over the next few years.

As the mangroves are cut down or die off, they expose cities like Kolkata and Dhaka to the unvarnished power of typhoons, storms which climate change is making more powerful and frequent.

The central actor in the South Asia water crisis is China, which sits on the sources of 10 major rivers that flow through 11 countries, and which supply 1.6 billion people with water. In essence, China controls the “Third Pole,” that huge reservoir of fresh water locked up in the snow and ice of the Himalayas.

And Beijing is building lots of dams to collect water and generate power.

Over 600 large dams either exist or are planned in the Himalayas. In the past decade, China has built three dams on the huge Brahmaputra that has its origin in China but drains into India and Bangladesh.

While India and China together represent a third of the world’s population, both countries have access to only 10 percent of the globe’s water resources — and no agreements on how to share that water. While tensions between Indian and Pakistan mean the Indus Water Treaty doesn’t function as well as it could, nevertheless the agreement does set some commonly accepted ground rules, including binding arbitration. No such treaty exists between New Delhi and Beijing.

While relations between China and India are far better than those between India and Pakistan, under the Modi government New Delhi has grown closer to Washington and has partly bought into a U.S. containment strategy aimed at China. Indian naval ships carry out joint war games with China’s two major regional rivals, Japan and the United States, and there are still disputes between China and India over their mutual border. A sharpening atmosphere of nationalism in both countries is not conducive to cooperation over anything, let alone something as critical as water.

And yet never has there been such a necessity for cooperation. Both countries need the “Third Pole’s” water for agriculture, hydropower, and to feed the growth of mega-cities like Delhi, Mumbai, and Beijing.

Stressed water supplies translate into a lack of clean water, which fuels a health crisis, especially in the sprawling cities that increasingly draw rural people driven out by climate change. Polluted water kills more people than wars, including 1.5 million children under the age of five.  Reduced water supplies also go hand in hand with waterborne diseases like cholera. There is even a study that demonstrates thirsty mosquitoes bite more, thus increasing the number of vector borne diseases like zika, malaria, and dengue.

South Asia is hardly alone in facing a crisis over fresh water. Virtually every continent on the globe is looking at shortages. According to the World Economic Forum, by 2030 water sources will only cover 60 percent of the world’s daily requirement.

The water crisis is no longer a problem that can be solved through bilateral agreements like the IWT, but one that requires regional, indeed, global solutions. If the recent push by the Trump administration to lower mileage standards for automobiles is successful, it will add hundreds of thousands of extra tons of carbon dioxide to the atmosphere, which, in turn, will accelerate climate change.

In short, what comes out of U.S. auto tailpipes will ultimately be felt by the huge Angsi Glacier in Tibet, the well spring of the Brahmaputra, a river that flows through China, India, and Bangladesh, emptying eventually into the Bay of Bengal.

There is no such thing as a local or regional solution to the water crisis, since the problem is global. The only really global organization that exists is the United Nations, which will need to take the initiative to create a worldwide water agreement.

Such an agreement is partly in place. The UN International Watercourses Convention came into effect in August 2014 following Vietnam’s endorsement of the treaty. However, China voted against it, and India and Pakistan abstained. Only parties that signed it are bound by its conventions.

But the convention is a good place to start. “It offers legitimate and effective practices for data sharing, negotiation, and dispute resolution that could be followed in a bilateral or multilateral water sharing arrangement,” according to Srinivas Chokkakula, a water issues researcher at New Delhi’s Center for Policy Research.

By 2025, according to the UN, some 1.8 billion people will be living in countries or regions with absolute water shortages, and two-thirds of the world’s population could be under “water stress” conditions. There is enough fresh water for seven billion people, according to the UN, but it is unevenly distributed, polluted, wasted, or poorly managed.

If countries don’t come together around the conventions — which need to be greatly strengthened — and it becomes a free for all with a few countries holding most of the cards, sooner or later the “water crisis” will turn into an old-fashioned war.

[Foreign Policy In Focus columnist Conn Hallinan can be read at dispatchesfromtheedgeblog.wordpress.com and middlempireseries.wordpress.com.]