film In ‘Mikey and Nicky,’ Elaine May Nails a Pair of Desperate Characters

Newly restored, Elaine May’s darkest comedy is one of the great underappreciated American movies of the 1970s. 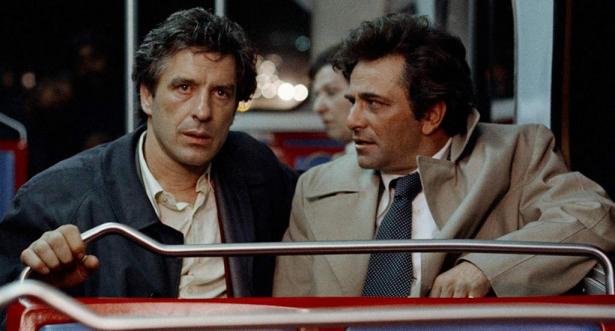 Elaine May’s genius goes beyond her Tony-winning performance in “The Waverly Gallery.” The four movies she wrote and directed between 1971 and 1987 are among the strongest Hollywood films of the period.

[Manohla Dargis on “The Marvelous Ms. Elaine May.”]

While “Ishtar” is now acknowledged as perhaps the slyest political satire of the Reagan era, “Mikey and Nicky,” revived at Film Forum in a new restoration, has yet to be fully appreciated. An exhilarating feel-bad movie about a pair of desperate wiseguys, it was in production at the same time as Martin Scorsese’s “Mean Streets,” a film with which it has numerous points of contact.

Both concern low-level hoods and draw on the personal history of their directors. (May grew up in Philadelphia, where “Mikey and Nicky” was shot; she has said that members of her family were connected to the mob.) Both are buddy films that deal with betrayal. And both, in their exuberant acting and freewheeling camera work, show the influence of John Cassavetes. Indeed, “Mikey and Nicky” actually features Cassavetes in a role analogous to Robert De Niro’s Johnny Boy in “Mean Streets.”

Giving a supremely volatile performance as the hunted Nicky, Cassavetes plays off the deceptively reasonable demeanor of his childhood friend Mikey (Peter Falk, then enjoying national celebrity as the perennially underestimated police detective Columbo). Seemingly improvised by two method actors, “Mikey and Nicky” was totally scripted. To watch Cassavetes and Falk inhabit their roles is to watch two great jazz musicians riffing on a score. (May brilliantly cast Ned Beatty against type as the harassed, methodical hit man who is given the contract on Nicky.)

A lengthy scene in which Nicky alternately abuses and pimps out his vulnerable girlfriend (Carol Grace, then married to Walter Matthau) is excruciating to watch. May’s great theme is the abjectness of women and the idiocy of men. Unique among buddy movies, “Mikey and Nicky” shows bromance from the point of view of its victims.

“Mikey and Nicky” is often very funny, albeit painfully so. Some reviewers — primed for the broader comedy of May’s first two films — were taken aback by its darkness. (The most farcical scene is set in a graveyard.) The New York Times critic Vincent Canby was particularly harsh, writing that “to watch it is to risk an artificially induced anxiety attack.”

The first print ads used the tag line, “Mikey and Nicky — Don’t expect to like them.” But if May disliked her characters, she also loved them. It’s telling that their names seem to reference her famous partner, Mike Nichols. Released the year “Taxi Driver” capped the Hollywood New Wave and “Rocky” reversed it, “Mikey and Nicky” is as much a virtuoso performance as Scorsese’s film and scarcely less disturbing. May deals head-on with her characters’ racism and, particularly, their misogyny (always from the perspective of their targets).

A lengthy scene in which Nicky alternately abuses and pimps out his vulnerable girlfriend (Carol Grace, then married to Walter Matthau) is excruciating to watch. May’s great theme is the abjectness of women and the idiocy of men. Unique among buddy movies, “Mikey and Nicky” shows bromance from the point of view of its victims.