How African American Land Was Stolen in the 20th Century

Vast tracts of land owned by African Americans were taken from them in the 20th century. At the heart of the story is racism in many forms. 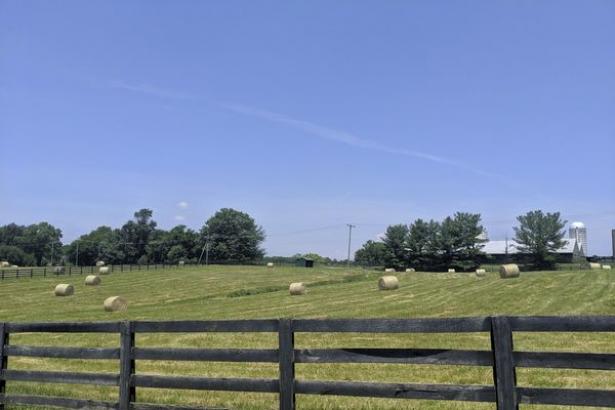 I recently read an article in the New Yorker that so shocked me that I knew I had to tell you, my small audience, all about it. Vast tracts of land owned by African Americans were taken from them in the 20th century. At the heart of the story is racism in many forms: how the promise of emancipation after the Civil War was broken; how whites used bureaucracy and twisted legalisms to take black land from owners too poor to defend themselves; how the teaching of American history was whitewashed to bury this story. I was shocked because, after decades of studying history, I had no idea about this fundamental cause of economic inequality in America. Writing this article pushed me into investigating the even larger story of how black Americans were prevented from owning real estate, one of the fundamental sources of wealth.

Here’s a short version of the history. At the time of Emancipation, Union General William Tecumseh Sherman declared that 400,000 acres formerly held by Confederates be given to African Americans. His order came to be known as the promise of “40 acres and a mule”. But the newly established Freedmen’s Bureau was never able to control enough land to fulfill this promise. In 1866, Congress passed the Southern Homestead Act, opening up 46 million acres of public land in southern states for Union supporters and freed slaves. The land was uncultivated forest and swamp, difficult for penniless former slaves to acquire or use. Southern bureaucrats made it difficult for blacks to access any land and southern whites used violence to prevent blacks from occupying land. Within 6 months, the land was opened to former rebels. In 1876, the law was repealed.

The much more extensive Homestead Act of 1862 granted 160 acres of government land in the West to any American who applied and worked the land for 5 years. Over the course of the next 60 years, 246 million acres of western land, the area of California plus Texas, was given to individuals for free. About 1.5 million families were given a crucial economic foundation. Only about 5000 African Americans benefitted.

Despite obstacles, many black families had acquired farmland by World War I. There were nearly 1 million black farms in 1920, about one-seventh of all American farms, mostly in the South. During the 20th century, nearly all of this land was taken or destroyed by whites. Sometimes this happened by violent mob action, as in Tulsa, Oklahoma, in 1921, or the lesser known pogrom in Pierce City, Missouri, in 1901, when the entire black community of 300 was driven from town. A map shows many of the hundreds of these incidents of white collective violence, concentrated in the South. Many of the thousands of lynchings were directed at black farmers in order to terrorize all blacks and make them leave.

Other methods had a more legal appearance. Over 75 years, the black community of Harris Neck, Georgia, developed a thriving economy from fishing, hunting and gathering oysters, on land deeded to a former slave by a plantation owner in 1865. In 1942, the federal government took gave residents two weeks notice to leave, their houses were destroyed, and an Air Force base was created. That site was chosen by the local white politicians. Black families were paid two-thirds of what white families got per acre. Now the former African American community is the Harris Neck National Wildlife Refuge.

Vast amounts of black property were taken by unscrupulous individual use of legal trickery, because African Americans did not typically use the white-dominated legal system to pass property to their heirs. White developers and speculators took advantage of poorly documented ownership through so-called partition sales to acquire land that had been in black families for generations. One family’s story is highlighted in the New Yorker article, co-published with ProPublica. The 2001 Agricultural Census estimated that about 80% of black-owned farmland had disappeared in the South since 1969, about half lost through partition sales.

Decades of discrimination by the federal government made it especially difficult for black farmers to retain their land as farming modernized. The Department of Agriculture denied loans, information, and access to the programs essential to survival in a capital-intensive farm structure, and hundreds of thousands of black farmers lost their land. Even under President Obama, discrimination against black farmers by the USDA continued.

Because land was taken by so many different methods across the US, and the takers were not interested in recording their thefts clearly, it is impossible to know how much black land was taken. The authors of the New Yorker article say bluntly, “Between 1910 and 1997, African Americans lost about 90% of their farmland.” That loss cost black families hundreds of billions of dollars. In 2012, less than 2 percent of farmers were black, according to the most recent Agricultural Census.

While rural blacks lost land, real estate holdings of urban blacks were wiped out by a combination of government discrimination and private exploitation. Because black families could not get regular mortgages due to redlining by banks, if they wanted to buy a house they had to resort to private land sale contracts, in which the price was inflated and no equity was earned until the entire contract was paid off. If the family moved or missed one payment, they lost everything. A recent study of this practice in Chicago in the 1950s and 1960s showed that black families lost up to $4 billion in today’s dollars.

For the first time in decades, reparations for African Americans who were victimized by the white federal and state governments are being discussed seriously. This story about whites taking black property shows how superficial, disingenuous and ahistorical are the arguments made by conservatives against reparations. When Sen. Mitch McConnell delivered his simplistic judgment last month, he was continuing the cover-up of modern white real estate theft: “I don't think reparations for something that happened 150 years ago for whom none of us currently living are responsible is a good idea.”

Surveys which demonstrate that the majority of white Americans are against reparations only demonstrate how ignorance of America’s modern history informs both public opinion and survey questions. Gallup asked, “Do you think the government should – or should not – make cash payments to black Americans who are descendants of slaves?” While blacks were in favor 73% to 25%, whites were opposed 81% to 16%. A different question might elicit a more useful response: Do you think the government should make cash payments to millions of black Americans whose property was stolen by whites and who were financially discriminated against by American government since World War II?

Today’s economic gap between black and white began with slavery. Emancipation freed slaves, but left them with nothing. Hundreds of millions of acres of land were given away to white families. When blacks gradually managed to get some land, it was taken by violence and legal trickery during the 20th century. After World War II, blacks were denied access to another giant government economic program, the GI Bill, which helped millions of white veterans acquire houses. The collusion of federal, state and local governments, banks, and real estate professionals bilked African Americans of billions of dollars in real estate, with the subprime mortgage crisis only a decade ago as the latest chapter. What I have written here is only an outline of the racist narrative.

Despite the ravages of slavery, the American story would have been very different if the ideas and practices behind Lincoln’s Emancipation had been put into effect. Instead, white supremacy reemerged in the South and throughout the US. The power that white supremacists exerted in 20th-century America is symbolized by James F. Byrnes, a South Carolina politician, who served in the House of Representatives 1911-1925, was one of the most influential Senators 1931-1941, was appointed to the Supreme Court by FDR, but then led the Office of Economic Stabilization and the Office of War Mobilization during World War II, became Secretary of State 1945-1947, and was Governor of South Carolina 1951-1955. In 1919, he offered his theory of American race relations: “This is a white man’s country, and will always remain a white man’s country.” He followed that motto throughout his career.

Our nation is still paying the price.

Steve Hochstadt is a professor of history emeritus at Illinois College, who blogs for HNN and LAProgressive, and writes about Jewish refugees in Shanghai.